"We're going to show the whole world that you can be gay and Muslim."

The first UK same-sex marriage involving a Muslim has taken place in the Black Country.

At a low-key ceremony at Walsall registry office, Jahed Choudhury, aged 24, from Darlaston, tied the knot with his partner Sean Rogan, 19.

The couple, who have been together since 2015, wore traditional Muslim attire.

In what is seen as a cultural taboo for many traditional Muslims, Mr Choudhury is one of only a few openly-gay Muslim men and says he was bullied and ostracised from his community for being homosexual growing up.

He is now looking forward to a happy life with Mr Rogan, who he first met while crying on a bench in Darlaston.

WATCH: Footage from the ceremony

Mr Choudhury added: "I'd not long overdosed and I was crying on a bench and Sean came over and asked if I was okay. He gave me hope at one of my lowest points and he's stood by me all the way."

Growing up with Bangladeshi parents and three siblings in a traditional Muslim household, Mr Choudhury recalls being the "black sheep" of the family.

He added: "I stood out like a sore thumb – I never liked football, I preferred watching fashion shows on TV. I remember feeling trapped."

Mr Choudhury then went to secondary school – Darlaston Community Science College – where he claims he was repeatedly bullied.

He said: "It went all over school, people would spit on me, empty the rubbish bins on me, call me pig and the Muslim people would shout 'harum' - which is a very nasty insult in my language."

A period of trying to change his sexual orientation consisted of him having a girlfriend, changing his social circle, taking medication and even going on a pilgrimage to Saudi Arabia and Bangladesh.

According to Mr Choudhury the situation only got worse – he was assaulted by fellow Muslims in the street where he lived and 'fag' was sprayed on his front door.

The mosque he'd been attending for the past 15 years no longer allowed him in and he was physically attacked by other Muslim boys. Feeling ostracised, Mr Choudhury attempted to kill himself.

He added: "I'd been viciously attacked by Muslim boys, my mosque told me non-Muslims were not allowed in.

"I tried killing myself and I then met Sean. The housing association got us a house in a week and we've been living together ever since. I proposed on Sean's birthday last June."

But now he has taken a significant step forward for both the Muslim and LGBT communities.

He added: "We're going to have a big party in Darlaston afterwards and go to Spain for a week on holiday.

"This is about showing people I don't care, my family doesn't want to come on the day, they just don't want to see it, it's too embarrassing for them.

"They think it's a disease and can be cured, some of my family still call it a phase.

"I want to say to all people going through the same thing that's it's okay – we're going to show the whole world that you can be gay and Muslim." 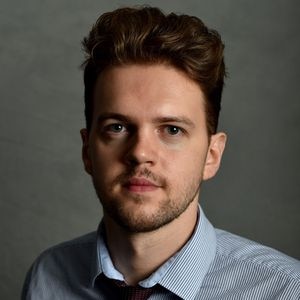 ‘Rarest Harry Potter book ever seen’ to go to auction with guide price of up to £10,000

Matt Hancock to stand down as Tory MP at next election

Camilla declares Christmas has begun as she hosts children’s charities