The Rocky Horror Show comes to The Alexandra Theatre, Birmingham

Let's do the Time Warp again... it's time to throw open the switches on the sonic oscillator to reanimate that perennial favourite musical blending sex and drugs and rock and roll.

Just two years shy of its 50th birthday, Richard O'Brien's Rocky Horror Show is back on tour and this week brings to Birmingham's Alexandra theatre its tale about a bisexual transvestite alien and lascivious acolytes seducing the hapless Brad and Janet, who just happen to call at Frank N Furter's castle one dark and stormy night.

Lecherous and lustful, lewd, crude and sometimes rather rude, this riotous romp was ecstatically greeted by the fans, many of whom came dressed in stockings, bustiers, skimpy leather shorts, etc... and that's just the fellas.

The audience had come to party and this is the perfect show for party people. The banter from the Rocky regulars, who shout out their cheeky retorts to the dialogue, is another one of the special elements of the Rocky experience.

The saucy and comic blend of gothic pre-1960s sci-fi and horror with good old fashioned rock 'n' roll remains a potent recipe. Narrator par excellence Philip Franks (who was himself seduced many years ago by The Darling Buds of May) brought the humour bang up to date with references to the fuel crisis and the extra curricular activities of a certain royal and various politicians.

The other familiar name in the cast is former Strictly Come Dancing celebrity champion Ore Oduba, who showed he can sing as well as dance as Brad. His version of Once In A While was a genuine highlight. Seasoned West End performer Haley Flaherty was flawless as Janet.

But, of course, this is Frank N Furter's show and Stephen Webb was certainly up to the job, strutting around in lingerie belting out Sweet Transvestite, I Can Make You A Man, Don't Dream It (Be It) and I'm Going Home.

Credit also for the spot-on performances and powerful vocals from Suzie McAdam as Magenta, Lauren Ingram as the tap-dancing Columbia (her drug induced meltdown was something to behold) and Danny Knott, the latter stepping in at Monday’s performance as the ghoulish Riff Raff.

Everyone was up on their feet to dance the Time Warp and back on their feet at the end of the two-hour show for a standing ovation.

The Rocky Horror Show continues at The Alexandra until Saturday. 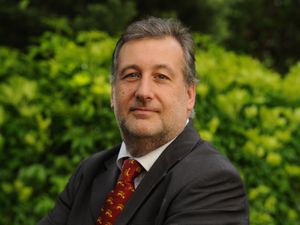 Stourbridge leisure centre's pool 'out of action for the foreseeable future'

Stourbridge leisure centre's pool 'out of action for the foreseeable future'

Stourbridge | 17 hours ago
Sorry, we are not accepting comments on this article.

What was in the Budget and what does it mean for you?

Garden waste collection cost to rise by £3 in Wolverhampton

Peter Rhodes on assisted dying, assisted living and the folly of cramming music into decades

Peter Rhodes on funeral music, dignity in hospitals and a land unfit for heroes

LETTER: Other ways to generate cash

Metropolitan Police officer to appear in court charged with rape

At a glance: Key points from Budget 2021

Flood warnings in place as southern Scotland hit by rain

Rishi Sunak’s message to Tories: I will cut taxes before next election

Protesters clash with police in demonstration against vaccine passports