Firefighters tackled a huge blaze which has sent plumes of black smoke billowing into the air. 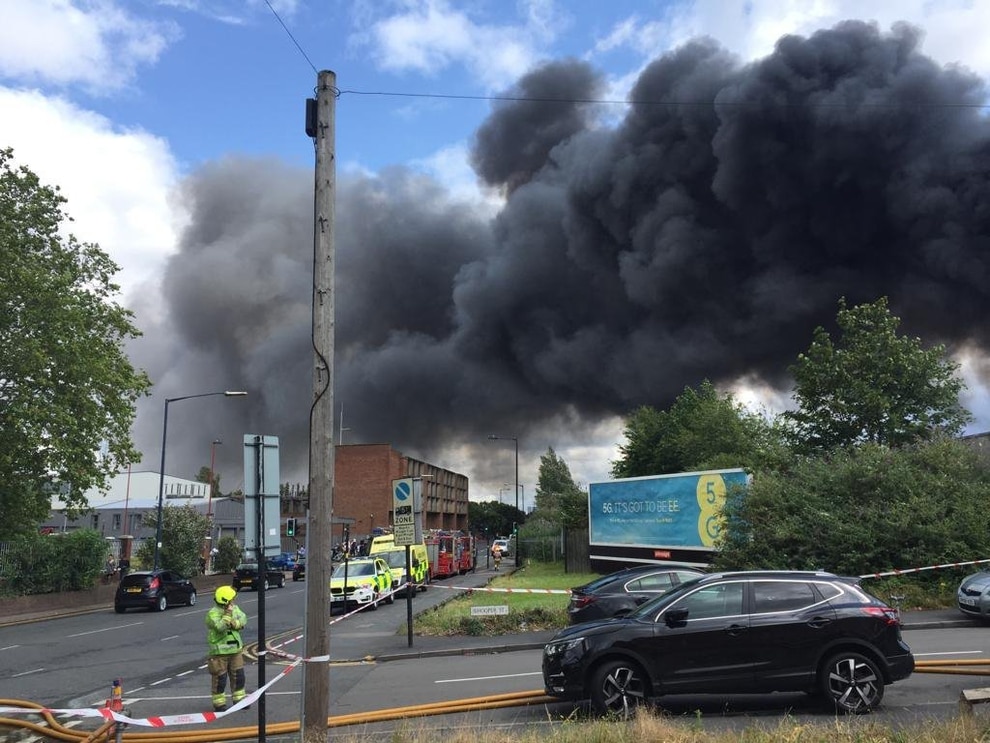 Crews are tackling the blaze on Western Road 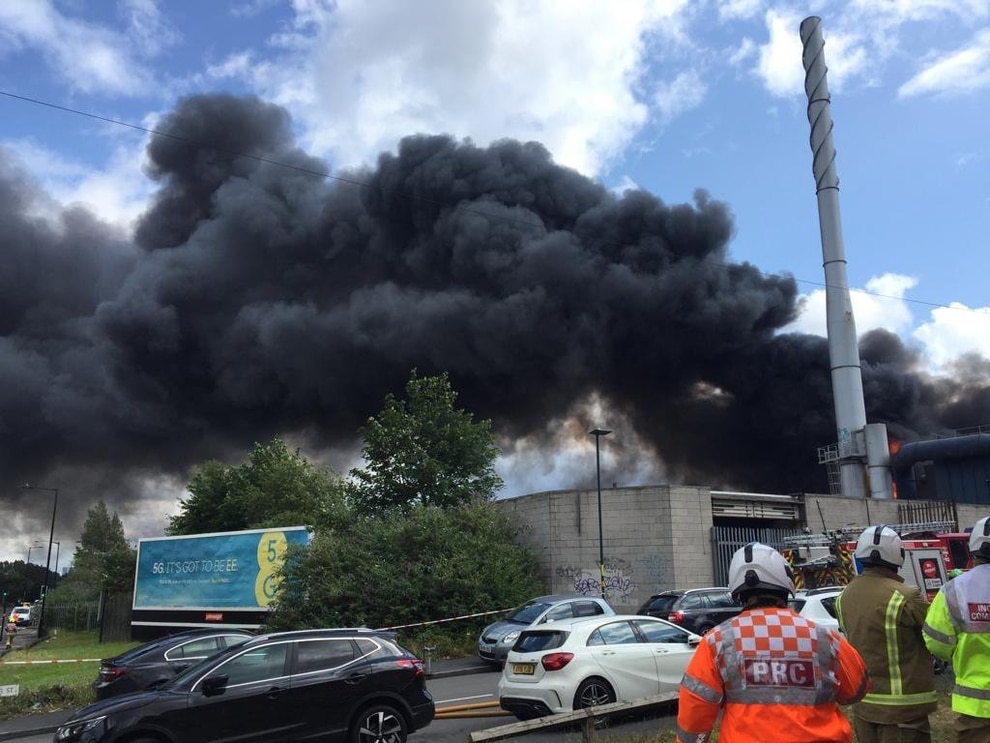 Smoke can be seen for miles around 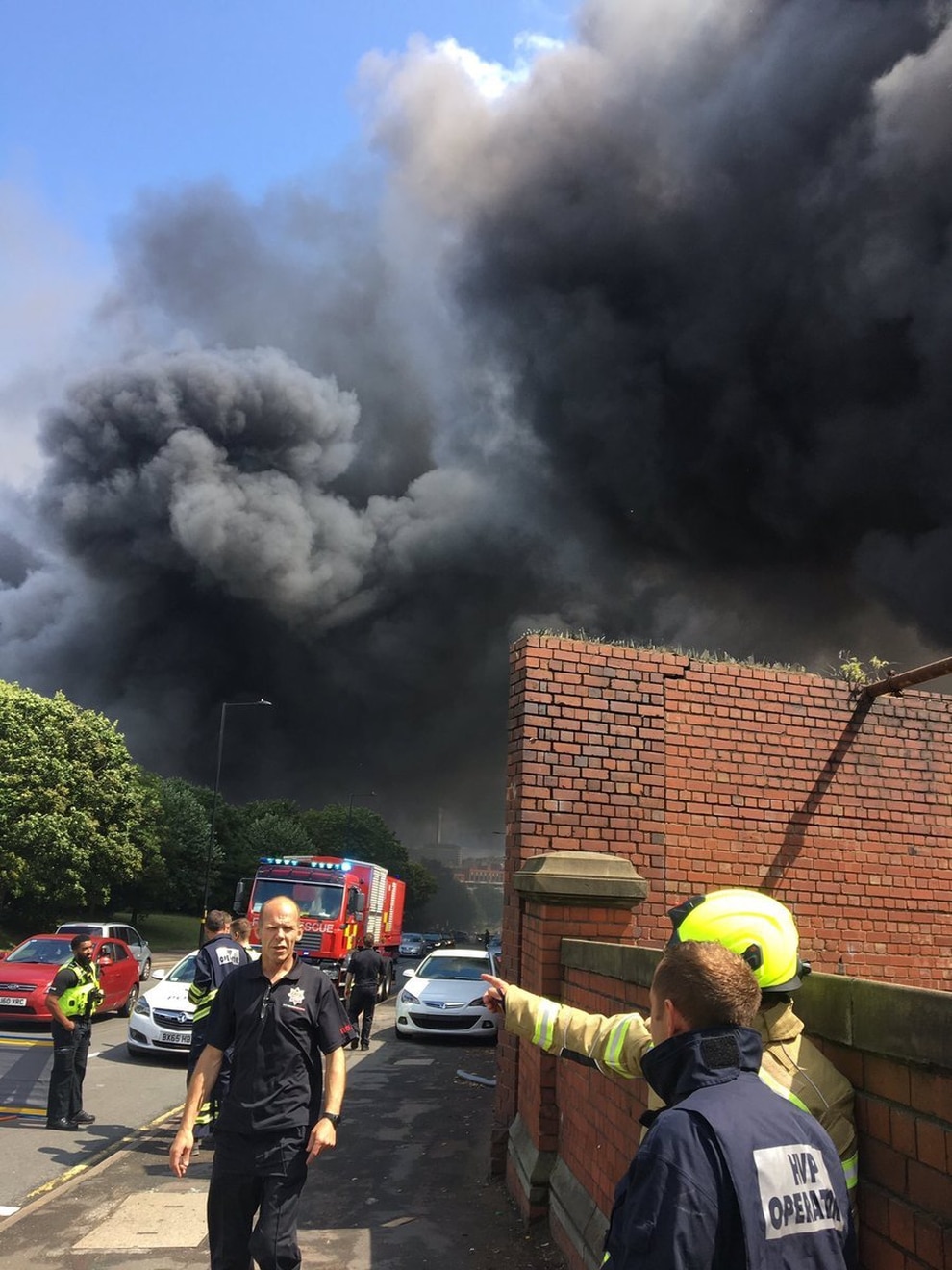 The fire has broken out near City Hospital The smoke could be seen miles away at Dudley Zoo

The fire broke out at a factory in Winson Green, Birmingham, and smoke could be seen for miles around on Saturday.

People living nearby were told to keep windows and doors shut, while the road near City Hospital was sealed off.

The blaze caused disruption for the nearby hospital, with people having to access A&E through a police cordon.

🎬 Check out this incredible footage from @dronesWMP! They helped @WestMidsFire as they tackled the huge blaze in #WinsonGreen, beaming live footage to the ground. It helped firefighters target key areas, and gave train companies info on how the rail line could be affected 👍 pic.twitter.com/cWHn6mnTMz

West Midlands Fire Service said on Twitter: "Fire in Western Road, Winson Green is creating large volumes of smoke that is spreading across the city.

"For properties within the vicinity - to ensure your property doesn’t smell of smoke; try to keep all windows and doors close."

The service added: "One of our priorities at this incident is working alongside hospital trust to ensure Dudley Rd hospital remains open. Access to hospital for visitors is via western road car parks. Access to A&E through Police Cordon on Dudley Road."

This lunchtime it tweeted: "Although our crews remain at the scene of the incident at Winson Green, the main Dudley Road closure is expected to be lifted shortly after midday."

Although our crews remain at the scene of the incident at Winson Green, the main Dudley Road closure is expected to be lifted shortly after midday. pic.twitter.com/UbJxxLNEJH

Sheldon crews in attendance with the HVPU at the incident on Dudley Road. Try to avoid the area at all costs. pic.twitter.com/sB74LdmNPa

The latest update from the incident in Hooper Street Birmingham. There is lots of smoke, so please keep windows and doors closed.
City Hospital aka Dudley Rd Hospital is still open - access via Western Rd car parks for visitors and access via Police Cordon on Dudley Rd for A&E. pic.twitter.com/o8KEnrOrSP

Crews are continuing to battle the fire on Hooper St, Birmingham. This incident is likely to run throughout the night and therefore some of the road blocks will remain in place. Please avoid the area if you can & remember City Rd Hospital is still open for business. pic.twitter.com/h4BZLRJyBy