I thought it was all part of the woke culture,” veteran comedian Jim Davidson says about being told he wasn’t allowed to return to Wolverhampton Grand.

“But my agent said to me ‘you can’t go back because you hacksawed a chain off.’

“It was a bit of a shock,” says the stand-up comic, who is referring to a car parking issue surrounding the last time he performed at the theatre.

He says he parked at a nearby private site but his car was blocked in by a metal chain – so he took a hacksaw to it.

“So I’m not allowed to go back because I sawed the chain off.

“Although I think that’s a pathetic excuse to be honest.

“And it’s a great shame because I am very fond of Wolverhampton.”

When the comedian recently revealed he was banned from The Grand, the theatre would not be drawn on the matter, other than to say: “Mr Davidson last performed here before the pandemic and due to issues, which will remain confidential, Mr Davidson will not be returning to our stage.”

With a career spanning more than 40 years, Davidson enjoyed high profile roles as the host of Big Break and the Generation Game after becoming one of Britain’s most successful comics and entertainers.

But the Wolverhampton decision hits hard because he says he’s always loved the theatre, the city and its people as well.

“I’m especially sad as Wolverhampton is one of my favourite places. I love the theatre and have a great fondness for the place. I would love to perform at the Grand again,” he says.

“It’s a great place. I think from way back in the 70s Wolverhampton led the way in racial harmony.

“Everyone gets on. I think it’s a role model for racial harmony, always thought that, I love the people there,” says Davidson, whose ex-wife Tracy hails from Fordhouses (he’s now married to wife number five).

“The first time I’d ever drank Banks’s bitter was in Wolverhampton. I drank six pints of it and I was drunk for a week,” he recalls.

The stand-up, who has been a regular at the Grand during the past 40 years, feels that some people in the theatre world ‘look down their noses at working class comedians’.

“Yes there will be the people who have never seen me saying we don’t want him; racist, sexist, what else am I?

“Every ist that there is according to the ones that have never seen me,” says the comic, before adding: “Oh also the funniest – I’ll settle for that.”

“The complaints I get about being live on stage are ‘oh I think you need to go a bit stronger on immigration’ and ‘oh are you going a bit woke Jim’.

“I want to entertain people that get where I’m coming from.

“The hypocrisy of it is that all the left wing university-type nice young guy comedians are just as filthy and awful and just as abhorrent about what they say but that’s fine because they are Labour loveys.”

Tonight the comedian is back in the Black Country, in neighbouring Dudley where he brings his ‘Unlocked’ tour to the town hall. Dudley Council say tickets are selling well and the comedian is ‘a popular performer with Dudley audiences.’

“It’ll be a great gig, it has a great atmosphere, I really love it.

“Last time I was there, there was a bloke who was so drunk he did more of the act than I did and he went down better than me,” he laughs.

“Ticket sales are going well. People think with their feet.

“And Dudley’s not too far from Wolverhampton so maybe people will travel from there to see me.”

He says the nationwide tour is going “great” and is giving people the chance to have a good laugh after the past 18 months of the pandemic.

“It’s getting busier as people are more used to the fact that they can go out now and mix.

“I’m giving them a good laugh.

“A man wrote to me and said ‘You nearly killed my wife, we thought she was having a heart attack.’ So I wrote back ‘My pleasure mate’. People do have a laugh.

“There’s nothing sophisticated about it – it’s just a bunch of old jokes and observations told by me, but people love a laugh and they get a good laugh with me. People laugh their heads off.

“It’s definitely a Tena pants job for the ladies,” the comedian says, in typical Davidson fashion. 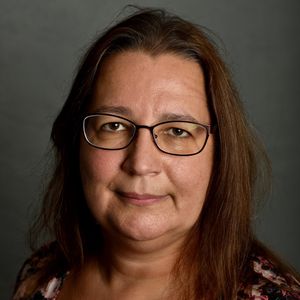 Dudley and Brierley Hill light up at Christmas switch-on events

Omicron: Timeline from discovery to arrival in the UK and the consequences since

Firefighters called to scrapyard blaze and reports of 'explosion'

What do we know about the Omicron variant and how worried should we be?

Mark Andrews on Saturday: Putting MPs in a pickle, and a Stella way to bring back the good old days

Peter Rhodes on fluffed lines, a nation in debt and a new word for our age

LETTER: No wonder we are struggling

Kind-hearted pupils back Feed a Family This Christmas appeal

More children being home-schooled as parents worry about Covid-19