With seasonal activities that include a pantomime and a Santa Show, plus a self-guided tour that wouldn’t look out of place in a modern Science Museum, you’ll genuinely be full of holiday cheer by the time you leave.

There’s plenty of chocolate too, as you would expect, so there aren’t many reasons not to give Cadbury World a go this December.

It was busy on Saturday afternoon so I’d recommend booking an early slot if you can, but the crowds weren’t at all unbearable because families with excited children are, in my view, an integral part of Christmas spirit.

The festive events specifically were short and sweet but delivered in terms of creating a memorable day for the kids, while also winding them up even more than the prospect of astronomical amounts of choccy.

The better of the two was the Santa Show, a well-acted audience with Father Christmas who performs magic tricks and has several amusing phone conversations with one of his chief elves. All the while, the children are sitting on the floor staring up at him in awe, before receiving a small gift at the end from one of his helpers.

The Cinderella panto was fun too, particularly for my four-year-old son, who seemed to appreciate the very enthusiastic Buttons who came to the stage armed with a water gun. It's as if they shared a sense of humour.

For me, though, the self-guided tour was the highlight.

The tour has plenty of interactive games and sweet freebies, not to mention quick classes on tempering and writing with chocolate – all of which keep children well entertained.

But Cadbury is a company with a rich history, and its impressive heritage is very much showcased as you wander the museum-style corridors of the old factory.

It essentially involves a journey through the chocolate making process, from its discovery in South America hundreds of years ago to how Cadbury makes its products today.

There’s even a section on how the company has marketed its chocolate over the years, which includes a behind-glass Phil Collins gorilla.

For adults, the tour is packed full of nostalgia-inducing interactive exhibits. For children, there are videos, games and even a 4D presentation that helps them become at least a little bit more knowledgeable about the chocolate they love so much.

You receive plenty of Cadbury products upon entry – in our case it was Wispas, Dairy Milks and caramel Twirls, and a pot of melted chocolate about three-quarters of the way round.

If you have a sweet tooth as prominent as mine, that by itself is probably enough to reel you in.

Outside, there’s an impressive adventure play area which provides a unique opportunity for parents to relax for twenty minutes while their children climb, crawl and slide their way around the park.

This was arguably my four-year-old son's favourite part of the day, perhaps on par with the Santa Show and inevitably the visit to the Cadbury shop at the end.

You can enjoy these fantastic festivities, including the popular stage show and the Cinderella pantomime, on weekends from now until Sunday 18th December, as well as mid-week from Monday 19th December to Friday 23rd December.

You can find more information about tickets and anything else on the Cadbury World website: https://www.cadburyworld.co.uk/en 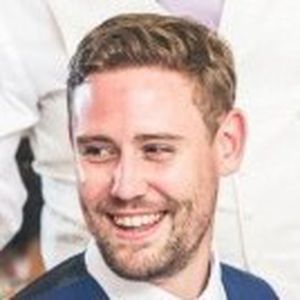 Appeal after man assaulted and left with broken jaw in Wolverhampton

'Life started for me when I got my stoma bag,' says 20-year-old who had her bowel removed

Gun killer says he has fresh evidence to overturn his conviction

Snowdonia bolthole could be yours for £50,000

Castle swathed in seven-storeys of pink mesh for conservation work