Slaven Bilic's first home game of the season ended in a 1-1 draw with Millwall. Here, we rate the players.

After making a mistake in the opening game of the season, questions will be asked again of Johnstone’s hand in Millwall’s equaliser. Having claimed crosses well all game, this time he inexplicably stayed on his line, allowing the ball to be diverted back into the six yard box for Matt Smith to crash home. 5

It was always going to be difficult to reach the heights of his man of the match performance at Nottingham Forest, and the teenager was slightly more wasteful in possession this time. Still an impressive showing for someone so young and rarely had much support on the right hand side. 6

Was perhaps slightly unfortunate to have so many free-kicks given against him, but there’s no doubting his willingness to rough it with opposition strikers. Still looks a snip at £1.5million and will grow into the season with more minutes under his belt. 6

Looked unruffled at the back right up until Millwall’s equaliser, and then had a bit of a scruffy 10 minutes. But on the whole, it was a solid performance in defence from Bartley, who also had a hand in the goal, putting the Millwall defenders under pressure in the air. 7

An influential member of this team, his piercing runs from left-back both down the flank and inside the pitch started off plenty of Albion’s attacks. Not always the best defensively, but a Rolls Royce on the ball who will be useful for the season. 8

Impressed in the first half of his opening senior home game for the club he spent his formative years at. His short-range passing and quick one-twos were useful but his long-range radar was slightly off. Didn’t play the killer bill this time, but hopefully that will come. 7

Looks at ease with Sawyers alongside him, whose ball-playing skills balances nicely with Livermore’s industry. And his long-range radar was more in tune than Sawyers. Didn’t create much, but it could be argued he’s not in the team to do that. 7

Set up a glorious chance for Zohore in the first half and perhaps wishes, in hindsight, that he’d shot himself instead. Struggled to get in behind, and might have given Ferguson a bit more support, but is definitely an asset to have at this level. 6

Albion’s livewire throughout, particularly in the second half, when he was constantly eager to receive the ball in tight spaces and get the Baggies moving. Won the free-kick that led to the goal, and looked like the most threatening player in blue and white. A gem of a player. 8

Showed flashes of brilliance, like his turn to wriggle free from two players in midfield, but like everyone in the team, he was unable to get in behind on a regular basis or test Bialkowski properly. Will now face competition for his place, but has looked lively so far. 7

A difficult home debut for the £8million signing, who had a golden chance saved by Bialkowski and was infuriating team-mates for not showing for the ball. Both Krovinovic and Sawyers wanted more from him, and he was taken off before the hour mark. 5 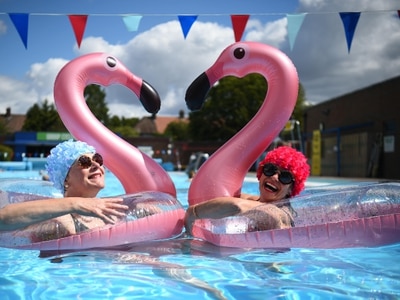