Paul Nuttall has a glint in his eye, smiles, and laughs as we meet in a suite overlooking the final furlong at Wolverhampton Racecourse.

"I'm OK – it's bit more relaxed here than it was this morning," he cackles, referring to the media scrum that saw him 'barricaded' in a London hotel room as he refused to answer journalists' questions over whether he will stand in the General Election on June 8.

"I wasn't 'barricaded' in a room," he says, laughing again.

"I was waiting 10 minutes for a taxi to arrive, blimmin 'eck!"

That morning the UKIP leader had launched his party's 'integration policy' which included banning face coverings, introducing checks on girls vulnerable to female genital mutilation (FGM), and stricter punishment for those who sexually exploit youngsters of a different race or religion to themselves.

Within minutes of the policy being launched it had been lampooned, provoking stories such as beekeepers asking whether their masks would be allowed or if nuns could wear their veils.

I asked Mr Nuttall if the party gets a fair crack at the whip by the national media.

He makes an extraordinary comparison between himself and the party with Indian revolutionary and civil rights campaigner Mahatma Gandhi.

"Sometimes we get a fair crack at the whip," he said.

"We raised some very important issues but I have to say in some cases it was trivialised and some of the responses were sniggering.

"Raising issues of equality, women's rights, and FGM are the issues other parties don't want to tackle.

"It is a bit like the Gandhi thing – first they laugh at you, then they attack you, and then you win. Unfortunately on this issue we seem be at the laughing or the mocking phase which I think is wrong as I feel the issues we raised were so important."

That night, he was meeting UKIP members in the Black Country and Staffordshire at the racecourse ahead of campaigning starting in the region. But even after last June's historic vote to leave the European Union, he believes there is a place for UKIP in British politics.

He said: "I think many people in working class communities will feel they have very little in common with the modern day Labour Party.

"I also feel that the Conservative Party – that we led onto our turf – and Theresa May is having this honeymoon period which seems to me to be unprecedented in modern day politics.

"She is talking the talk but the one thing we do know about Theresa May and her time as Home Secretary is that it is a different thing when it comes to walking the walk.

"At the moment she is doing exceptionally well in terms of the polls but that won't last. Whether that continues into this General Election I do not know but what I can guarantee is that six months to a year from now she will be falling at hurdles."

He believes Theresa May has been 'incredibly cynical' in calling the snap election and has seized the opportunity to increase her majority at the expense of a weak Labour Party under Jeremy Corbyn.

However, he doesn't want to unseat Tory or Labour MPs who have a record of campaigning for Brexit and will not run UKIP candidates against them.

The party, he says, will be campaigning in places like Dudley North and Walsall North – which overwhelmingly supported Brexit – and where UKIP pushed 10,000 votes just two years ago

He has also identified clear battle lines on other issues with UKIP being the only party going into the election vowing to cut the foreign aid budget, protecting the pensions treble lock, and lowering net migration to around 30,000 and 50,000 people.

Nigel Farage, Mr Nuttall's predecessor, said there were 30 seats UKIP was 'realistically' targeting in 2015 – but this time the leader is reluctant to say how many constituencies the party can win. He also won't comment on if he intends on standing in the election.

He said: "I'm not going to put a figure on what is winnable or what we will do. I will tell you why. There is six weeks to go in this, a lot can happen in that time, polls can change."

He fears a big Conservative majority would lead to a so-called 'soft Brexit'.

"At the moment she (Theresa May) has around 50 real, strong Brexiteer MPs. If she gets a majority of say 150, there is going to be a vast amount of lobby fodder there which will vote the way the Government tell them and I'm not sure they will hold the Government's feet to the fire in a way that a UKIP MP would – in fact I know they wouldn't.

"If you get a UKIP MP you get a purest – people who campaigned for a clean Brexit all their lives and the kind of Brexit people voted for on June 23."

And is UKIP worse off under his leadership than his charismatic predecessor?

"No not particularly," said Mr Nuttall. "Nigel is Nigel and over an eight or nine year period he became a national figure – an international figure in many ways.

"I will be coming up to this area on a regular basis on this campaign. I will be doing walkabouts, meeting people, and whatnot but let's not forget the election is only a week old.

"Nigel will be front-of-house during the campaign – you will see him on TV and on the radio – he is still a very strong advocate for the party and one of the best communicators in British politics today and probably the most influential British politicians since the turn of the century.

"He is a great asset to us, however I am the leader of the party now and we will take this forward and we will move UKIP into a post-Brexit era." 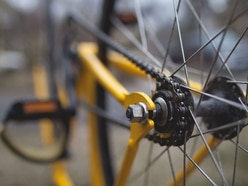 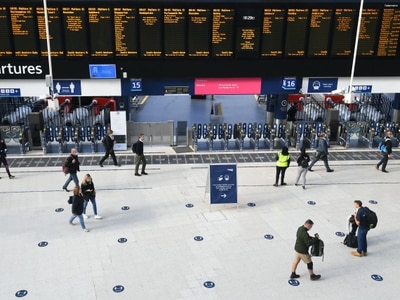