An historic clock tower has been restored to its former glory as part of a council house revamp.

The clock tower at Smethwick Council House has been upgraded as part of ongoing repair work.

Missing and broken timberwork has been fixed, the metalwork on the clock face has been repainted and the tower itself has been returned to its original colour scheme.

The work is part of the refurbishment of the Grade II-listed building in the town’s High Street. It was built in the early 20th century. Councillor Steve Trow, cabinet member for core council services, said: “The tower was looking a little tired and in need of repairs.

“We’ve carefully restored it and even matched as best we can the original colour scheme based on the layers of paint found on the woodwork and panels.

“The clock itself is historically important and one of the last of its type still in existence – so we’re pleased that the tower now does it justice.”

The clock is known as a rare ‘three-train Smith of Derby flat-bed with gravity escapement’.

A Sandwell Council spokesman said: “Clock enthusiasts have visited it to admire its workings – as other similar designs were converted with electricity many years ago.”

Refurbishment work on the council house originally started in November last year. Council bosses set out to repair crumbling terracotta masonry on the building and carry out other general maintenance.

Pictures from the past: West Bromwich High Street through the years 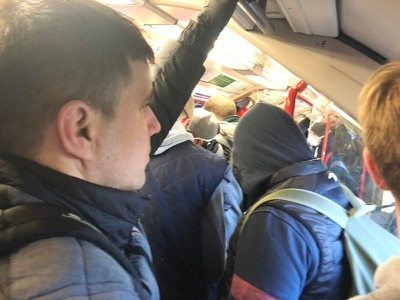