A Black Country thief who racially abused police officers during an outburst about coronavirus has been locked up.

Ian Rollinson used racially abusive words towards members of the public and police when he was arrested for stealing £100 worth of aftershave from the B&M shop in Astle Park, West Bromwich.

The 27-year-old called a police officer a "p***" and shouted "coronavirus, coronavirus, get rid of c*****s" to members of the public during the incident on March 6.

The next day Rollinson, of Wavell Road, Quarry Bank, admitted two counts of racially aggravated harassment, two counts of assault by beating and one count of theft from a shop at Wolverhampton Magistrates Court.

He was then sentenced to 16 weeks in jail by magistrates in Walsall, with the term increased by a month due to the racial abuse.

Nathan Miebai, of the Crown Prosecution Service, said: "This sentencing sends an important message to those who choose to commit hate crime – we will not tolerate any form of prejudice in our community and we will prosecute all who commit these types of offences.

“As the sentence in this case demonstrates, hate crime is taken seriously by the criminal justice system.

"The court specifically increased Rollinson’s sentence of imprisonment from 12 weeks to 16 weeks to reflect the racially-aggravated element of his offending.”

West Midlands Police hate crime lead Chief Superintendent Mat Shaer, said: “Just as we take hate crime directed at the public seriously, we will not tolerate any type of assault or verbal attack on our police officers or any emergency services workers at this already difficult time.

“We are committed to safely protecting the public and where someone poses a risk, we will always seek to deal with them robustly so they are held accountable for their actions.” 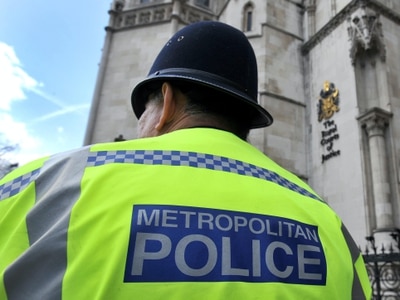