Crime shot up by 11 per cent in the West Midlands last year, as knife crime and other violent offences hit record levels. 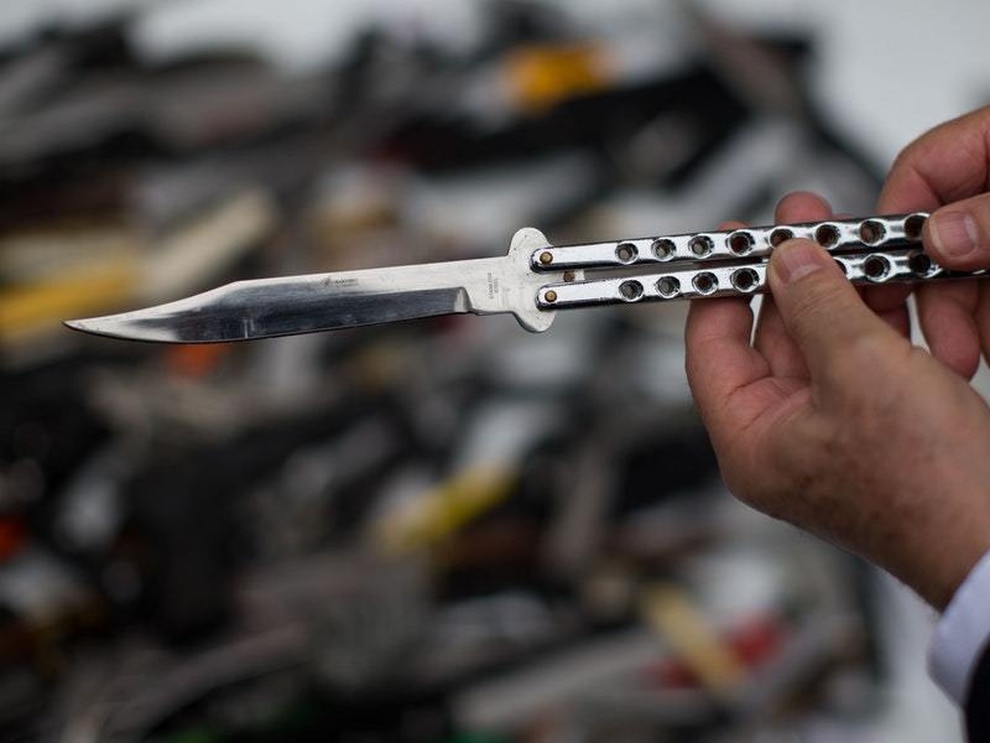 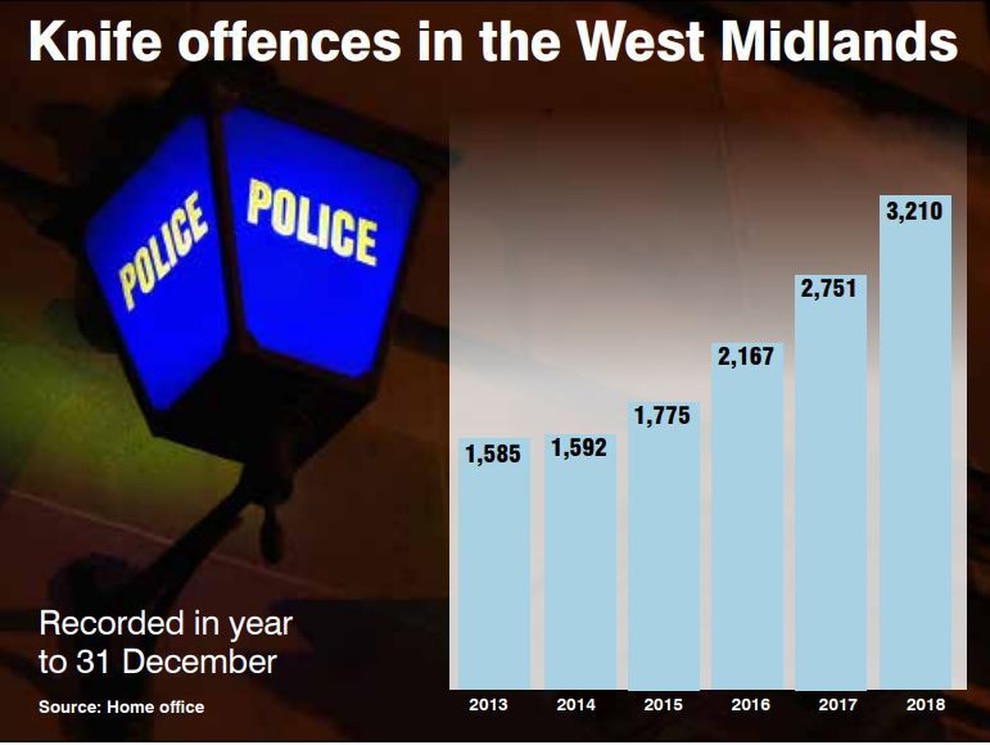 How knife crime has risen

Of around 253,000 total crimes recorded in the West Midlands Police area last year, 70,507 involved violent attacks, according to figures from the Office for National Statistics (ONS).

Weapons possession offences rocketed by 28 per cent to 2,281, with violence against the person going up by 29 per cent and sexual offences increasing by 15 per cent.

Meanwhile a total of 50 people were murdered in the West Midlands last year, with 22 of the killings involving a blade.

In the Staffordshire Police area crime rose by one per cent over 2018, with knife offences up six per cent and weapon possession crimes up 32 per cent.

The statistics come after an 18-year-old was knifed to death in Birmingham last night in the latest in a long line of stabbings across the region.

On April 17, 14-year-old Jack Harley was stabbed and robbed in Priory Park, Dudley, while three days later a man was knifed in the leg at a bus stop in Handsworth.

Across England and Wales crime increased by seven per cent, with the majority of police force areas (31 out of 43) recording an increase in knife offences.

The figures have prompted West Midlands Police assistant police and crime commissioner Ashley Bertie to call for a change in approach from the Government on police funding.

He said the data "further emphasises the need for a long term funding solution for police forces", adding that the figures should be "a wake-up call" for the Government to ensure they give policing the funding it needs.

"I continue to have concerns about the increase in violent crime which has risen significantly in the West Midlands," he added.

Mr Bertie added: "These figures highlight the Government's short-sighted approach to policing and the need for a long term funding solution for forces like West Midlands Police. Whilst short term funding for overtime is welcome, it will not help us to recruit a single extra officer.

"The Government needs to take note of these statistics and give forces like West Midlands Police the resources we need.

"These figures are testament to the need for increased long term funding for policing and crucially for services to support young people which have been devastated over recent years."

West Midlands Police Chief Constable Dave Thompson has called knife crime a "national emergency", while the force's federation chair Richard Cooke has said it is possible to end the "terrible epidemic" of knife killings, but not with so few police officers.