Firms urged to face up to 'no deal' Brexit fallout

Businesses were today urged to ramp up their planning for a ‘no deal’ Brexit in a bid to prevent a “chaotic withdrawal” from the EU on October 31.

Tim Jones, a director at parcel delivery giant DPD, says he is concerned many businesses had not adequately prepared for the possibility of Britain departing the EU without a deal.

His Smethwick-based business has spent £250,000 on a warehouse the size of 10 football pitches to store packages arriving from the EU that would require taxes paid on them under such a scenario.

WATCH: Inside the Brexit warehouse

It comes as the Confederation of British Industry warned that neither the UK nor the EU were ready for a no deal Brexit, which they say could hit the region’s economy to the tune of £18 billion.

Mr Jones said DPD had increased its planning for no deal since Boris Johnson entered Number 10, with the new Prime Minister clear in his policy to leave on October 31 “come what may”.

But he raised concerns that there had been a lack of preparation for ‘no deal’ across all business sectors.

He said: “It isn’t something that has been high on our customers agendas.

"They will have to do things differently under ‘no deal’, from supplying additional data with the parcels they want to send to the EU, to making consumers aware that duties and tariffs will be payable.

"The same will apply for EU based shippers selling into the UK.

“We are concerned that many other businesses won’t be ready and won’t carry on shipping their goods into Europe because they won’t have the processes in place.

“Leaving the EU without a deal is more likely now, and we are very concerned that businesses in the UK and the EU aren’t prepared enough for that scenario.”

DPD deals with around 50,000 packages a day arriving from the EU, a figure that rises to 100,000 a day by the start of November as the Christmas rush kicks in.

Under no deal the firm would be forced to hold items before sending them out until customers have paid new VAT and customs fees.

The CBI says firms have found it “devilishly difficult” to prepare for ‘no deal’, largely due to a lack of clarity from government.

West Midlands regional director Richard Butler: “Neither the West Midlands, the UK nor the EU are fully prepared for a no deal Brexit.

“The economic fallout from leaving the EU without a deal for the West Midlands economy is £18 billion and that is businesses, like DPD spending cash on facilities, they might not even have to use. That cash could be better spent on hiring more people.

“It’s not just about queues at ports we need to be worrying about. It is the invisible effect of severing services trade overnight would have a damaging impact in shops and offices all across the West Midlands.”

Mike Cherry, chairman of the Federation of Small Businesses, said a “sudden, chaotic withdrawal from the EU would be hugely damaging for many small firms”.

New figures show around two-thirds of UK exporters – responsible for 25 per cent of trade with the EU – have still not taken basic steps to prepare for a no deal Brexit.

'A no deal Brexit is hardly end of the world'

Not all Black Country businesses are quaking in fear at the prospect of a ‘no deal’ Brexit – with some expecting the EU to agree to terms with Britain in order to protect firms on the continent.

Henry Carver, boss of Wolverhampton builders merchants Carvers, said the bloc would be desperate to stop EU firms from being forced to lay off staff if trade was affected by the UK departing without a deal.

About 20 per cent of the firm’s trade involves EU countries, according to Mr Carver, the bulk of which is in timber imports from Latvia, where Carvers has a depot.

“We have reasonable timber stocks at the moment, but we don’t expect any of the Europeans we deal with not wanting to sell their products over here and putting their staff out of work,” he said. “The EU is well aware of the mutual benefit that exists with the current trading arrangements, so I fully expect to see either a deal negotiated, or at least some kind of negotiated temporary arrangement.

“The situation is not ideal, but it is hardly the end of the world. “We are where we are because Parliament did not vote for Theresa May’s deal.”

Chris Kelly, a non-executive director at West Bromwich-based Scania lorry distributor Keltruck, said it was vital that all firms “turbo charged” their plans well before the October 31 is reached.

“Up until recently there hasn’t really been the sense that Brexit is going to happen, but Boris Johnson has made it clear that delivering Brexit is a priority,” he said.

Mr Kelly, a former Conservative MP who campaigned for Brexit, said he felt Keltruck was prepared for ‘no deal’. “We’ve been making plans since shortly after the referendum and I consider it to be time well spent,” he said. “I’m confident that once Brexit has been delivered the country will eventually benefit.”

The Government has advised firms concerned about Brexit planning to visit gov.uk/business-uk-leaving-eu. 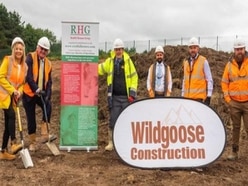 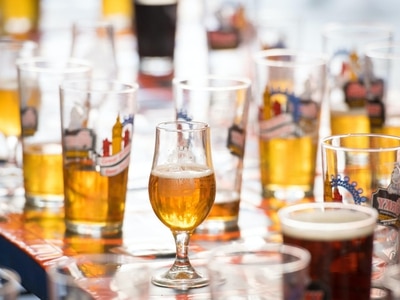 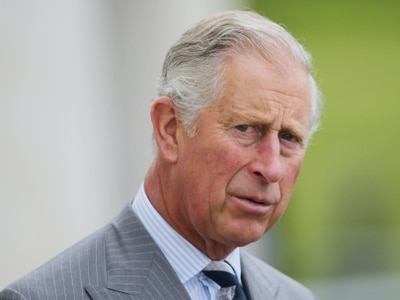