Howl’s this! Two new Wolves in Wolves have appeared in the city centre and they are looking fang-tastic!

One of the new sculptures is called Professor Heinz Wolff while the name of the other remains a mystery.

A third wolf is also being completed to add to the 30 that formed the Wolves in Wolves trail last year.

They can be seen by passers-by in a pop-up shop in the Wulfrun Centre in a unit opposite Iceland.

The Wolves in Wolves were dotted around Wolverhampton last year as part of the city’s biggest ever open-air art exhibition, with many of the wolves auctioned off at the end.

One of the new sculptures has been dubbed Professor Heinz Wolff in tribute to the German-born scientist, who died aged 89 last December.

Artist Meg Gregory said: “Professor Heinz Wolff was a twinkly-eyed, live-wired, mad-haired and inspirational inventor and engineer, who I had the pleasure and honour of meeting once when I was about 16.

"Many people may remember him from a programme he presented called The Great Egg Race, where he set interesting engineering challenges for teams to solve.

“I wanted to reflect his bright and twinkly nature in my wolf.”

The other wolf has been decorated in red and white while a third remains unpainted.

It follows the unveiling of an updated version of The Fallen wolf to commemorate the 100th anniversary of the end of the First World War. 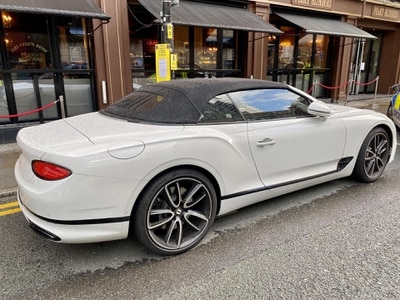