Margot Martini: the face of hope

If her big brown eyes and swirling red curls were not enough to steal your heart, then you had no chance of withstanding her infectious smile.

Margot Martini touched the lives of millions as the pocket-sized princess fighting the odds against leukaemia with the army of Team Margot behind her.

But little Margot's rollercoaster battle with the disease came to an end yesterday at 10.24am.

Revealing on the Team Margot website her parents broke the heartbreaking news that became ever more real following her relapse in June.

More than a thousand people took to the Team Margot Facebook page to pay tribute to the flame-haired tot and express their sadness and support to the Martini family.

'Inspiring', 'little angel' and 'brave' were just some of the words to describe Margot.

On Twitter, where the @Swab4Margot campaign had been vocal, hundreds of supporters tweeted #RIPMargot as it emerged the courageous youngster had lost her battle.

In an effort to continue the campaign they posted links to www.deletebloodcancer.org.uk

It said: "It's an extremely difficult time for Margot and for all the family.

"The only thing we can now do is continue to monitor her constantly changing condition and try and keep her comfortable.

"Margot has been asleep all day and she continues to sleep peacefully. Mercifully, for now at least the drugs appear to be working."

Her parents also said nothing more could be done to save the toddler and that she was 'beyond rescue' earlier this month.

It had so nearly been a story of dreams for Margot who sparked a world-wide campaign to help give her the precious gift of life.

She was diagnosed with both acute lymphoblastic leukaemia (ALL) and acute myeloid leukaemia (AML) when she was just 14 months old.

Doctors at Great Ormond Street Hospital have seen just three times cases like it in the past decade but her parents Yaser and Vicki, who is originally from Essington, South Staffordshire, never gave up hope.

Through their despair they appealed for help, for donors to step forward as they showed amazing bravery to go public in an ambitious hunt to find a perfect stem cell match.

An online appeal was started to raise awareness of Margot's plight. An online video was seen by more than 60,000 people, while Facebook group Team Margot attracted more than 17,000 followers.

It initially led to more than 50,000 people coming forward to be tested under the Swab4Margot campaign.

For such a little girl her campaign was making a loud noise.

Despite living in face of life's ills, she always had a beaming grim that made your heart melt and ooze mixed emotions of sorrow and joy.

In February this year there was a major breakthrough when a donor was found.

"We were searching for a perfect match for Margot and whilst we didn't find her perfect match, we are assured by the medical team at Great Ormond Street Hospital that the identified donor that has come forward is an 'adequate match' with regard to their tissue type and a good option for us to pursue," her parents said at the time.

"We know very little about the donor, but we nevertheless wish to thank him for agreeing to donate bone marrow and to meeting the timetable proposed by the doctors. We very much hope to meet him one day," they added.

Later that month, sitting in her cot and watching Peppa Pig little Margot was completely oblivious to the thousands of people from across the world cheering her on, before she underwent the bone marrow transplant.

Her parents then faced an antagonising eight week wait.

Then in March her blood tests showed she had 100 per cent donor cells with medics saying they were 99 per cent certain she was 'disease free'. At the time her father Yaser said: "This is the best news we could have hoped for at this stage. We are thrilled.

"The doctors have said that it is 99 per cent certain that there is no trace of leukaemia now but they have done another test which we will find the results of next week.

"We are sort of quietly hoping that this is the beginning of the rest of her life now."

The latest tests also showed that her blood numbers had stopped falling and started to climb unassisted, meaning that her immune system was showing some signs of improving.

Her parents then posted a picture of back at home with a huge smile despite having undergone the huge operation and having to live with a tube going into her nose.

She seemed to be firmly on the road to recovery when in June tests showed the presence of a low amount of Acute Lymphoblastic Leukaemia.

Yaser said she was in the early stages of relapse but the family were doing all they could to stay positive despite the 'bombshell'.

In July Yaser and Vicki met again with doctors to discuss the options.

Despite the setback, the family treated Margot to a trip to Peppa Pig World and then a heart-wrenching video was released.

It showed the youngster repeating her father's words: 'just one more'.

A caption on the video said: "Margot encourages those on the stem cell register to encourage 'Just One More' to do the same."

The family then announced Margot would undergo experimental treatment at Sheffield Children's Hospital.

A special Peppa Pig video was released in which Peppa talks directly to Margot. The animated message was delivered after family friend James Stibbs contacted the agent of Harley Bird, who voices the popular character.

The family considered other therapy options with specialists in America, but decided against it after medical experts told them the chances of Margot being able to lead a normal life after subsequent treatment was slim.

They decided she would live out the rest of her life at home.

Yaser wrote an emotional post on the Facebook page, outlining the impossible decision he and Vicki made.

He said: "Vicki and I made a decision last night, after a long conference call with my two cousins, both cancer doctors and one of them a specialist transplant physician.

"They endorse the advice we have already received from Great Ormond Street Hospital and tell us that having followed Margot's journey closely since diagnosis, the care Margot has received has been flawless."

He said his cousin put Margot's chances of survival at less than one per cent.

Yaser added: "We want the best quality of life for Margot with what little time we have left. So we have made that decision overruling the instinct to fight against slim odds.

"We don't want her to suffer unnecessarily, least of all for our own sake to somehow make us or others feel better."

She had further visits to hospitals in London aimed at reducing her suffering.

But after a whirlwind year of extraordinary highs and almighty lows, the courageous child passed away yesterday.

She may have not reached three years old but in that time she inspired millions - urging them to get swabbed in the fight against leukaemia.

And, if she taught us one thing, it is not to take life for granted. 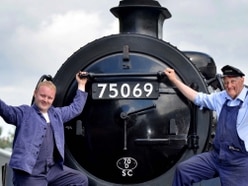 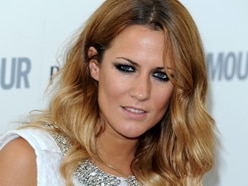 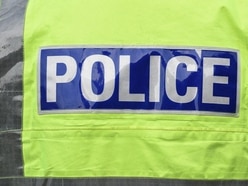 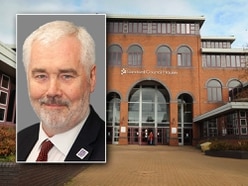 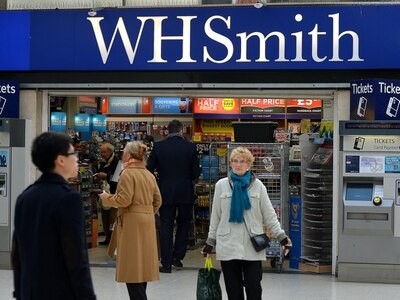