Labour today strengthened its grip in Wolverhampton when a senior Liberal Democrat defected more than a month before council elections.

Labour today strengthened its grip in Wolverhampton when a senior Liberal Democrat defected more than a month before council elections.

It is the first time that any single party or coalition has had an outright majority in the council since last May.

But there was anger today from Liberal Democrats and Conservatives, who said Councillor Darke should resign and face a by-election.

The two parties still sit as a coalition in opposition since Labour won back power in an historic motion of no confidence in December thanks to her support.

The Park ward councillor withdrew from the alliance in September but continued to sit as a Liberal Democrat, independent of the coalition.

Wearing a bright red suit in celebration of her new political colours, she declared today: "I have resigned from the Liberal Democrats because they have become 'at one' with Conservative ideology and no longer represent the ideals of the party I originally joined."

The 51-year-old said she felt "duty-bound" to see out her full four-year term.

Lib Dem leader Councillor Mike Heap said she should have resigned as "the honourable thing to do".

Councillor Darke was cabinet member for schools in the coalition before quitting. She was elected in 2008.

City Labour leader Roger Lawrence today said he had not offered Councillor Darke any incentive to defect, such as a position in his cabinet, which has to be voted on by members.

He said: "Claire has been very brave in standing up for her values. The coalition is not being challenged by the Liberal Democrats — they are lapdogs." 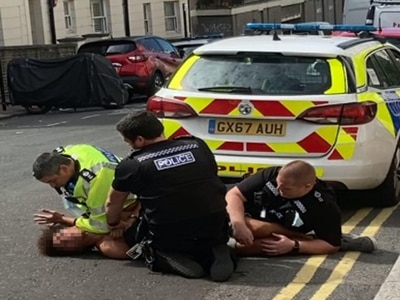