Burning desire to create art: What it's like to be a pyrography artist

The ancient art of burning pictures into wood is believed to have been around for centuries.Pyrography, which means to write with fire, was especially popular in the 19th century but it has also seen a surge of interest in recent years.

Self-taught artist Stef Butler first tried her hand at the craft around 13 years ago and now runs her own business creating commissioned pieces from wedding and baby gifts to jewellery, trinket boxes and wall hangings.

“A friend of mine was doing it so I started doing it too as a way to unwind as I had a high-pressured job. It was nice to spend the time being creative.

“Friends started to ask me to make them things and it all grew from there,” she tells Weekend.

As her art pieces became more popular, she was able to go part-time at work before giving up her job completely to concentrate on growing her pyrography business, Agni Prasada Burning.

“I really love it and I feel it is a great expression of myself. I’ve been doing it for so long that I’m now able to do larger pieces which I love doing,” says Stef, who lives in Bridgnorth.

A lot of her work is inspired by nature and the animal kingdom but she also enjoys skull and macabre art as well as mythical subjects too.

To create her intricate designs, she uses a pyrography iron, which is a pen-like device with a metal end through which heat is transferred to a removable tip.

A large range of tones and shades can be achieved by varying the type of tip used, the temperature, or the way the heat is applied to the wood.

“I make a lot of my own ends and make them thin so I can make the designs as detailed as possible,” says Stef, aged 37.

No two pieces are ever the same due to the wood being a natural product and all of the designs are drawn freehand.

“I source kiln-dried hard woods which can be quite expensive but it gets the best result. The wood then needs to be cut down and sanded down.

“I spend a lot of time considering the natural forms and grains in the wood and creating the best design around them.

“The designs are all hand-burned into the wood and then it’s varnished. It’s quite time-consuming from beginning to end,” explains Stef.

Her favourite piece is called The Oracle and was inspired by her love of dryads, also known as tree spirits from Greek mythology.

“I felt I really captured the feel of the piece and the movement really well. I did say I would never sell it but three weeks ago someone contacted me about it and I made the decision to part with it,” says Stef.

Wood burning has been growing in popularity both here in the UK and across the pond in the US over the past few years.

“I get a lot of beginners contacting me and asking me for advice,” says Stef, who believes practice is key.

“It’s not about trying to make things to sell but to create for the beauty of the art. Find your own style and make original pieces,” she adds.

From time to time she faces challenges such as difficulties sourcing the wood or discovering it’s not dry enough when it arrives as well as creative block which all artists have to overcome at some point in their career.

Over the years she has worked hard to hone her skills and develop her own style to help ensure her pieces stand out from the crowd.

“I think trying to find my own style and sticking to it to make unique pieces of art has been difficult at times as it can be so tempting to take the easy route,” Steff tells Weekend.

“There’s not a lot of people doing what I do in terms of the subject matter, the size and the level of details.

“A lot of people do realistic pieces, like wildlife, but I go for the fantasy and more unusual stuff,” she adds.

Stef can often be found at Shop in the Square, a collective of West Midlands-based designers who produce and sell high quality handmade gifts, art, food, clothing and much more, in Wolverhampton.

As well as the collective’s shop in the Mander Centre, she also sells through Etsy, Facebook and has her artwork in shops in Norfolk and on the Welsh coast.

Having a presence in physical shops helps to spread the word about her creations and attract new commissions for pieces, she tells Weekend.

Pyrography continues to thrive because of its beauty and endless possibilities and Stef says she loves that the art form is very versatile.

“It’s nice to be able to sit down and let the wood speak. I do have the freedom to be quite creative with it,” she adds. 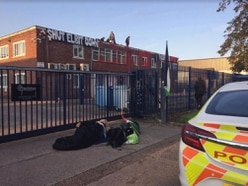 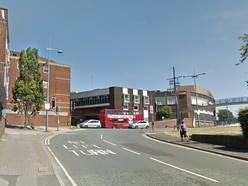 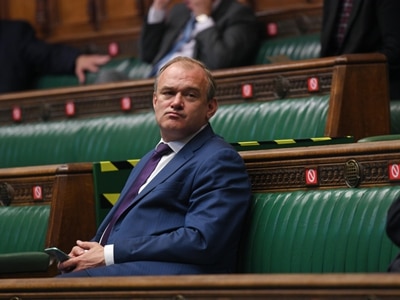