Unsung pilots of the Caribbean

They are the little-known volunteers of war.

Thousands of black men and women from Africa, the Caribbean and Britain stepping forward to defend Britain, her Empire, and the Commonwealth in two World Wars.

Unable to enlist because of a colour bar, relaxed before the Great War but quietly reimposed when the war ended, their help was again called on in 1939.

And now, coinciding with Black History Month, an exhibition highlighting their vital war efforts is on display at the Royal Air Force Museum at Cosford, telling the stories of the Pilots of the Caribbean - Volunteers of African Heritage in the RAF.

Inspired by a photograph of two pilots posing with a Spitfire - one from Barbados, one from Trinidad - the exhibition highlights the air force's success in embracing diversity and 'demonstrates how the rich, cosmopolitan nature of modern Britain owes much to the black men and women who wore air force blue'.

Peter Devitt, assistant curator at the RAF Museum in London, said it all began in 2011 when they were asked to talk to a group of disadvantaged, black youngsters.

"It went very well until I showed them a picture of two black Spitfire pilots. It went deadly quiet – and then the atmosphere became totally electric. I was bombarded with questions. They wanted to know everything about these men. One young man looked me straight in the eye and said: 'Why haven't we heard this before?'"

Museum trustee Brendan Connor also recalled the reaction to the black Battle of Britain pilots: "They were completely bowled over, they had never seen it before. It was not part of their history and we suddenly realised that we hadn't told a story which needs to be told."

The photograph is the centrepiece of the exhibition, telling a story that started 100 years ago with display boards, photographs, video and memorabilia, and has been put together in partnership with the Black Cultural Archives.

Pictured on the left is Flying Officer Arthur Weekes, from Barbados. A member of the Second Contingent recruited for the RAF, he departed Barbados in November 1940 to join the war. On the right is Flight Sergeant Collins Joseph of Trinidad alongside the Spitfire Vb. Both were fighter pilots with 122 (Bombay) Squadron.

Trained at Piarco, and a volunteer from Trinidad ETS, his Spitfire went missing at 1530 hours on December 31 during an air operation between Liege and Aachen.

"In this exhibition, the Royal Air Force Museum aims to celebrate their contribution to the development of modern Britain, while providing all young people with a series of role models to inspire and guide them in realising their own ambitions and dreams."

As the volunteers were fully integrated into the service and their ethnic origin not entered on their personnel records, the exact number of black volunteers who have served in the RAF is unavailable.

It is estimated 6,000 volunteers from West Indies communities, such as Barbados and Jamaica, served in the RAF during the Second World War. Of those, about 400 were air crew, either in Bomber Command, Coastal Command, or Fighter Command - which saw the first black volunteers selected to train as fighter pilots in 1941. Bomber Command had four-fifths of African-Caribbean aircrew in active service.

Volunteers served with all UK-based RAF commands, with the exception of Transport Command, which visited countries intolerant of integrated crews.

Of the thousands of volunteers, about 150 were killed in training or combat operations. Over 100 were awarded gallantry medals.

When the First World War broke out, 19-year-old William Robinson Clarke paid his own passage to Britain from Jamaica.

Born in Kingston on October 4, 1895, 'Robbie' wanted to fly so in July 1915 he joined the Royal Flying Corps, the air arm of the British Army and predecessor to the RAF.

First serving as an air mechanic, then posted to France as a driver, in December 1916 he was accepted for pilot training in England.

On April 26, 1917, Clarke won his wings and received the Royal Aero Club aviation certificate, number 4837, and a promotion to Sergeant.

A member of 4 Squadron, stationed at Abeele, Belgium, he was the first black pilot to fly for Britain. It was a short, drama-filled career in the skies.

A letter to his mother describes a reconnaissance mission on the morning of July 28, 1917. Flying RE8 biplanes over the Western Front - over Ypres, five miles on the German side - Clarke and his observer, Second Lieutenant F.P. Blencowe, were attacked by enemy fighters. It was his second 'scrap'.

His letter says: "I was doing some photographs a few miles the other side when about five Hun scouts came down upon me, and before I could get away, I got a bullet through the spine. I managed to pilot the machine nearly back to the aerodrome, but had to put her down as I was too weak to fly any more… My observer escaped without any injury."

Clarke returned to Jamaica after the war, recovered from his wounds, and worked as a builder. An active veteran, he became Life President of the Jamaican branch of the Royal Air Forces Association.

When he died in April 1981, A.S. Phillips, a professor at the University of the West Indies, described his awe and admiration of the pilot: "I may say that Robbie Clarke's exploits as a flyer may justly be termed legendary...The episode in 1917 in which Pilot Clarke, while on an operational flight was attacked by German fighters in the air, and though severely wounded, nevertheless managed to fly his RE8 aeroplane back to a relatively safe crash-landing behind the Allied lines, places him in that special category of the genuine war hero."

For Lilian Bader (nee Bailey), it took more than one attempt to become part of the war effort.

Born in Liverpool in 1918 to Marcus Bailey, from Barbados, and Lilian, a British-born woman with Irish parents, Bader was orphaned at the age of eight. Brought up in a convent, at 20 she left to work for a family in Yorkshire.

Out of a job when the family moved to Wales at the outbreak of war, she saw the Navy, Army and Air Force Institutes (NAAFI) as a chance to escape domestic service.

An account of Bader's life, written in 1988, says after sending in an application she went to an interview at Catterick Camp. On seeing her, the interviewer said: "You did not say you were er, er...".

Bader, looking her in the eye, said: "'My form shows that my father was from Jamaica. It is our oldest Crown Colony.' A little taken aback the woman backed down, and as educationally there were no handicaps, duly took me on."

After just seven weeks at the camp Bader was dismissed, told it was because her father - who had been in the Merchant Navy - was not born in the UK.

Her former employer had returned to Yorkshire so she went back to her job in domestic service, but was frustrated at the lack of proper jobs to help with the war effort.

"My dilemma was always the same; like an ex-con, I debated whether to say I was coloured and receive no answer, or keep mum and just turn up."

After a period of domestic chores with the Women's Auxiliary Air Force (WAAF), Bader was given the chance to train as an instrument repairer. When she passed the 12-week course First Class, she was sent to an airfield in Shropshire where she worked on Air Speed Oxford light bombers.

Rising through the ranks, to Leading Aircraft Woman and then Acting Corporal, she turned down further promotion when she became pregnant in 1944, and was discharged on compassionate grounds.

In 1943, she had married Ramsay Bader, a tank driver who was part of the D-Day landings.

The couple had two children, and after they had grown Bader returned to study and completed her O and A Levels, as well as a degree at London University. She went on to become a teacher.

Pilots of the Caribbean - Volunteers of African Heritage in the RAF is on at the Royal Air Force Museum at Cosford, Temporary Exhibition Gallery, Hangar 1. Entry is free, and more information is available at www.rafmuseum.org or 01902 376200. 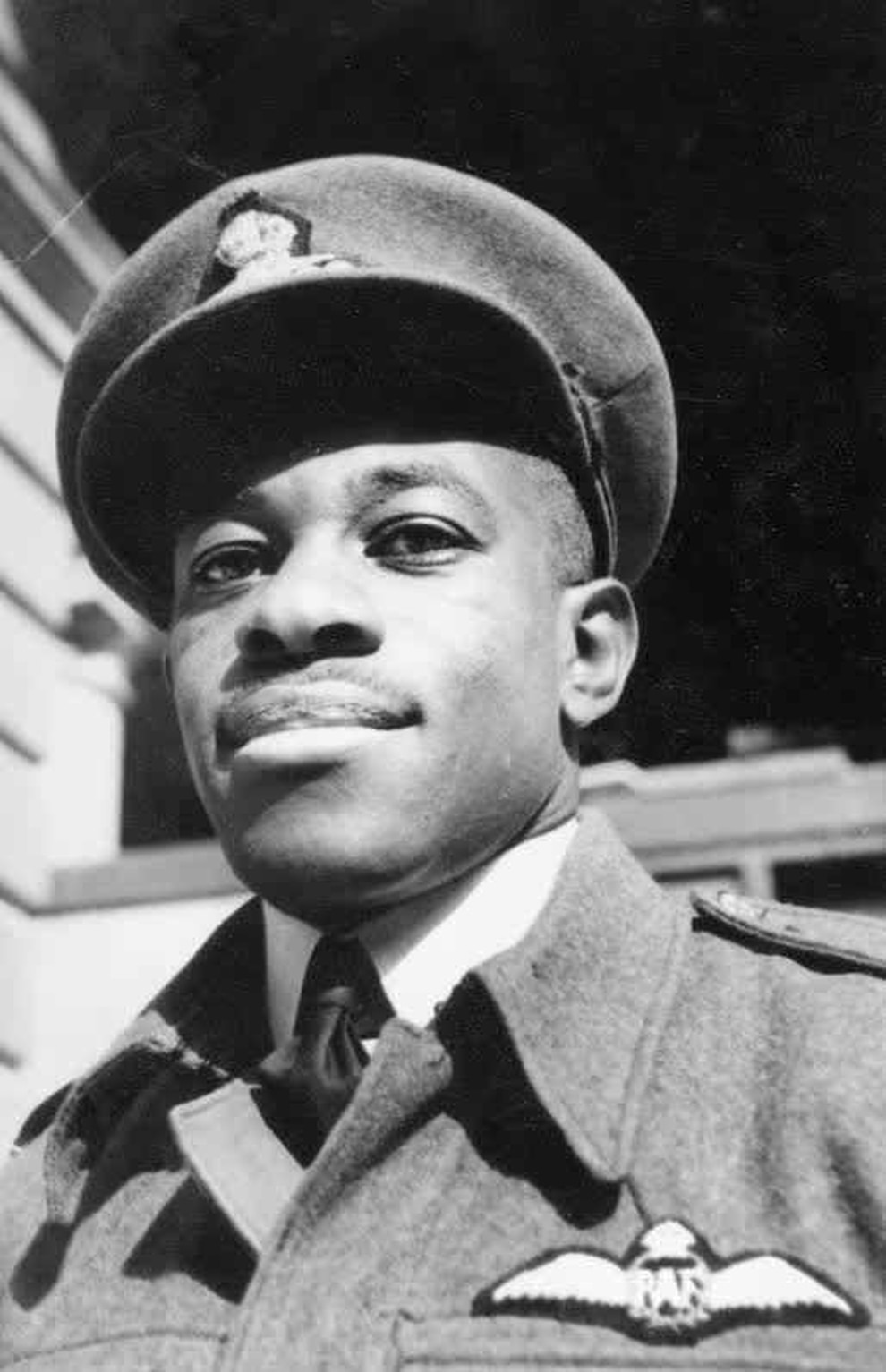 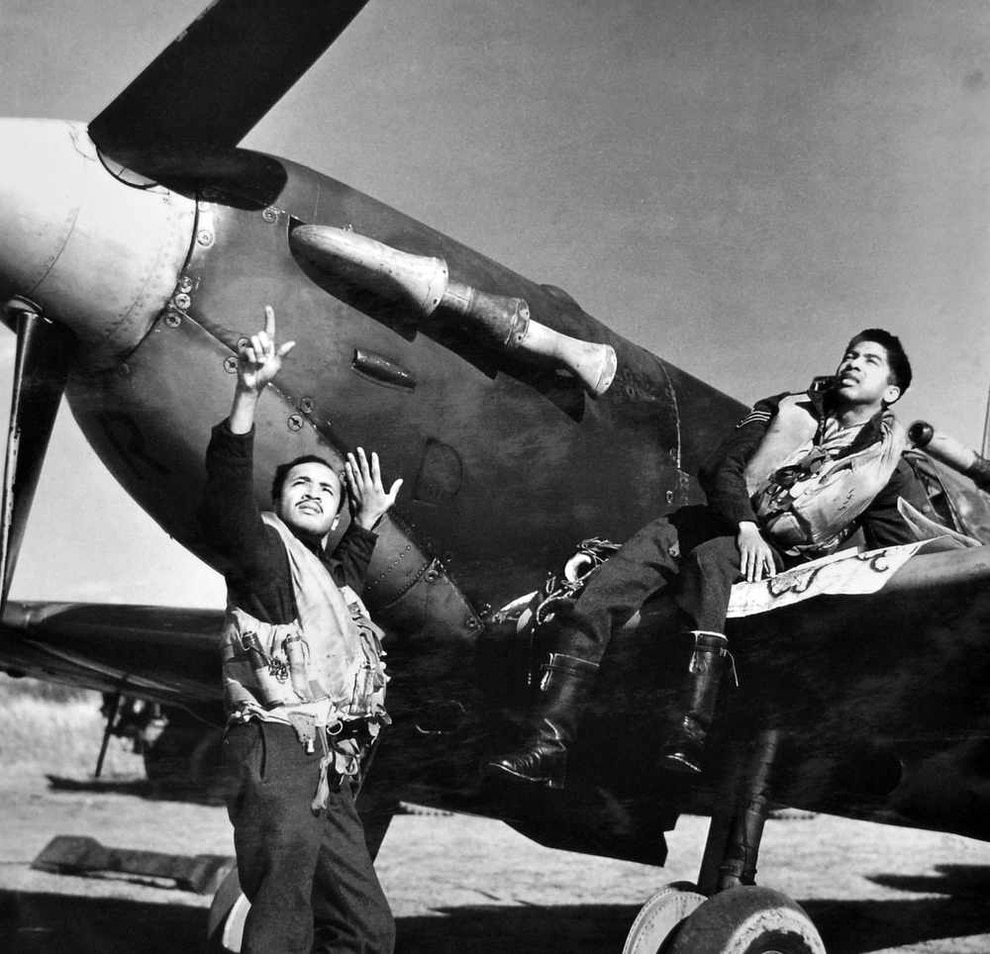 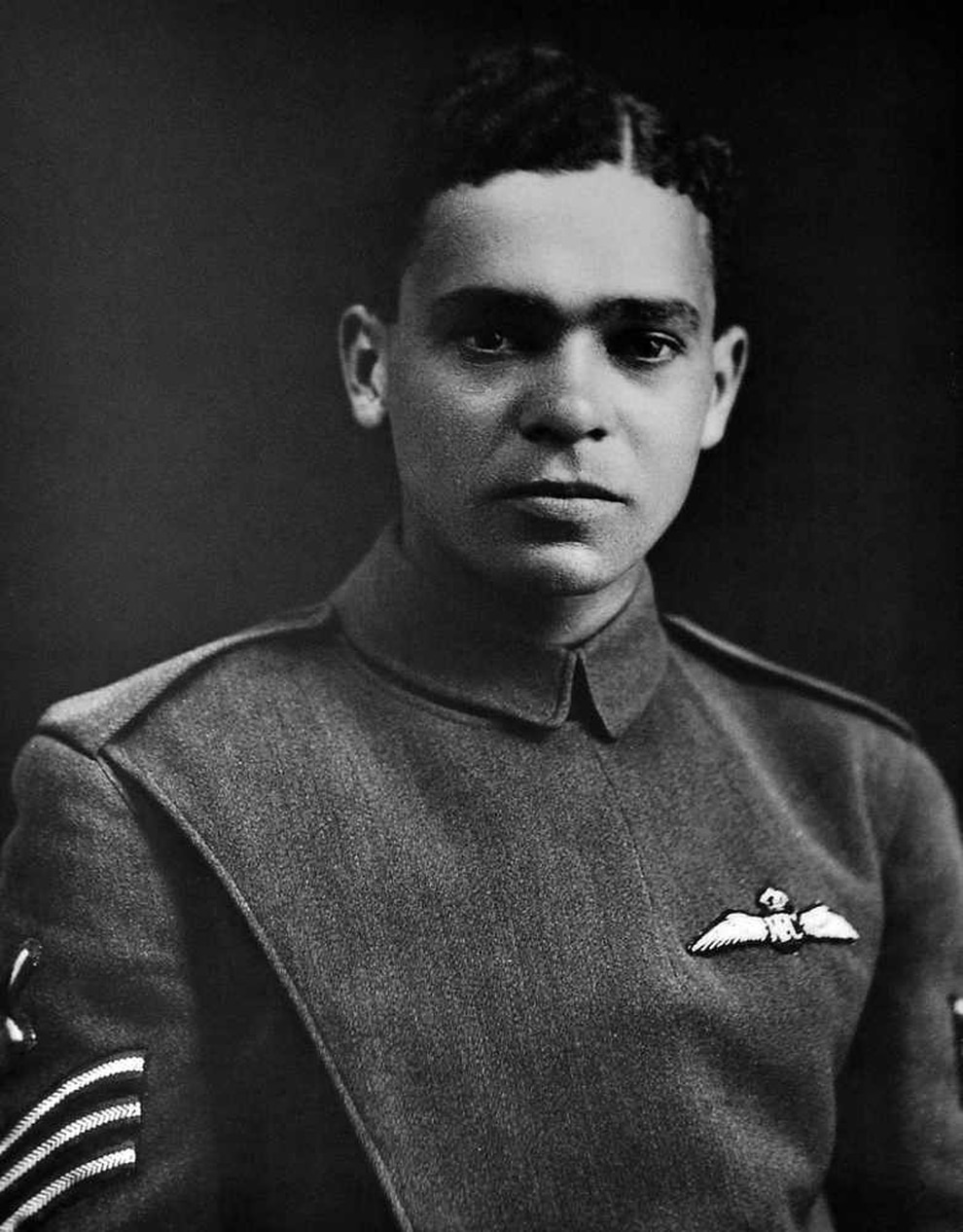 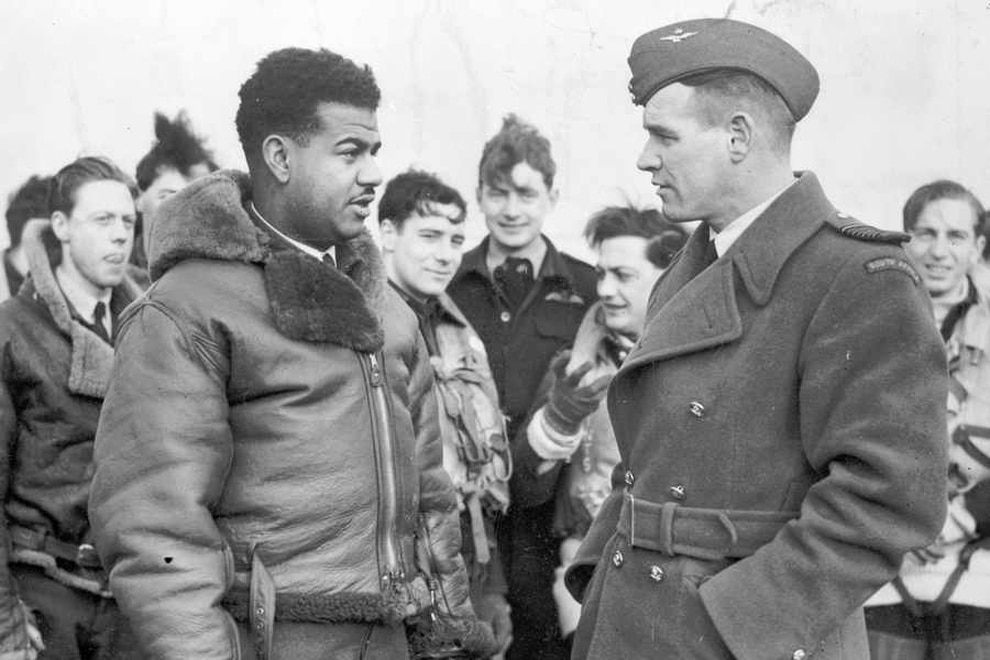