Stacey storms from back of the grid to take stunning podium

Storm Stacey followed his double win at Oulton Park with an arguably even more impressive finish during round 11 of the British Superbike series. 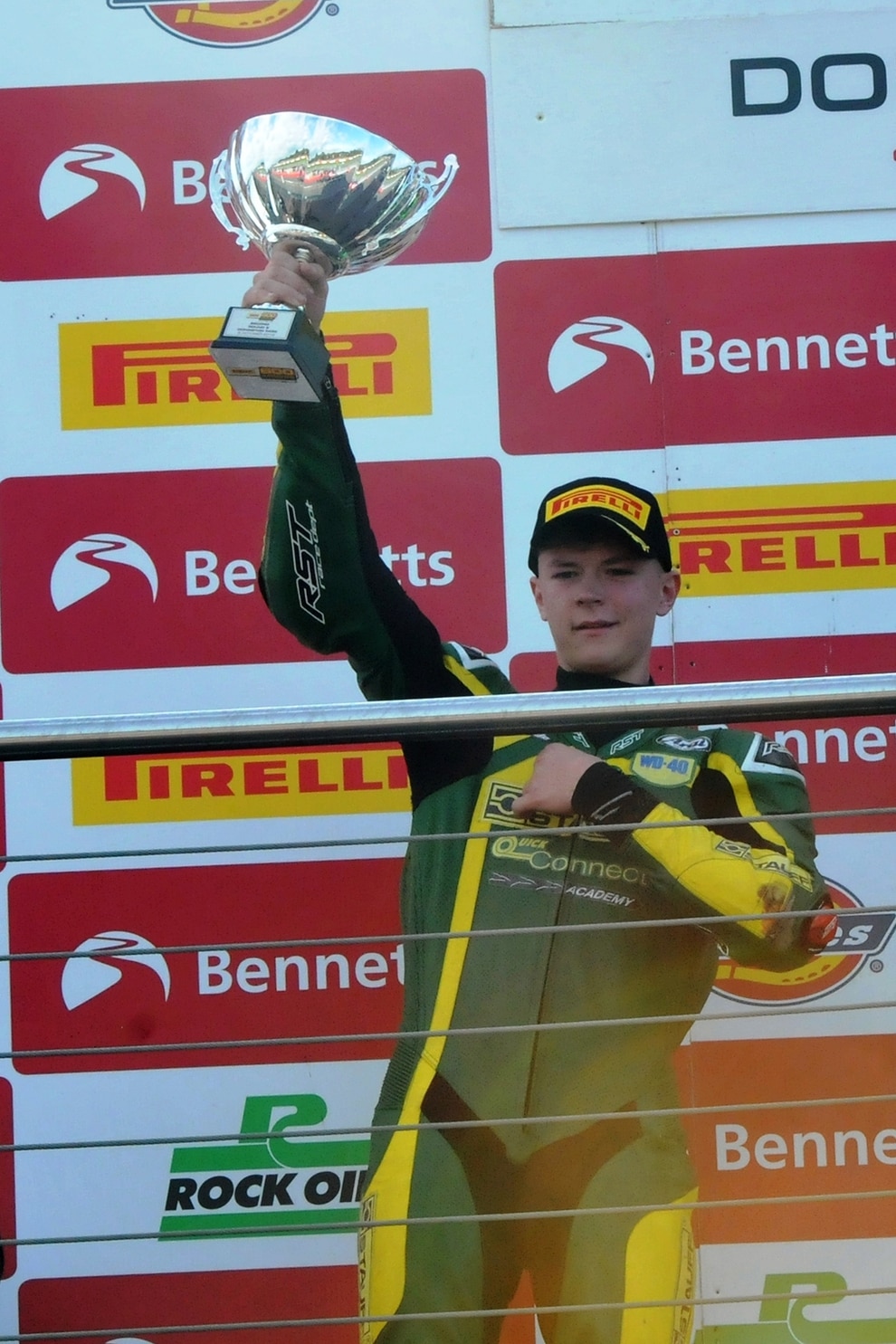 Stacey could not hide his delight following a stunning ride to second place. Picture: Ian Ward The bike blew before the qualifying mean Stacey started from the back of the grid. Picture: Ian Ward 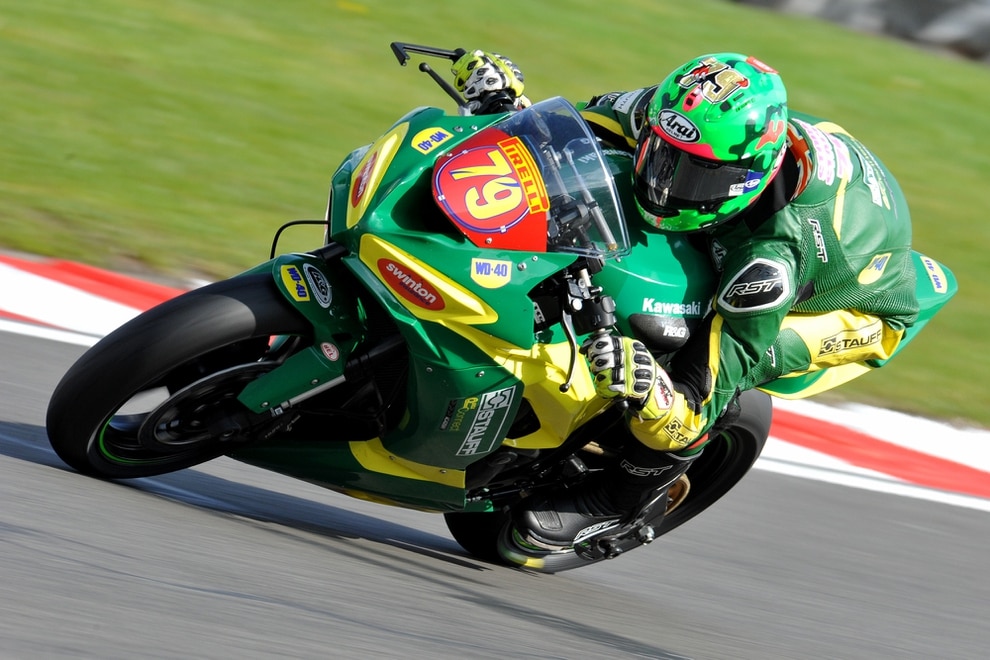 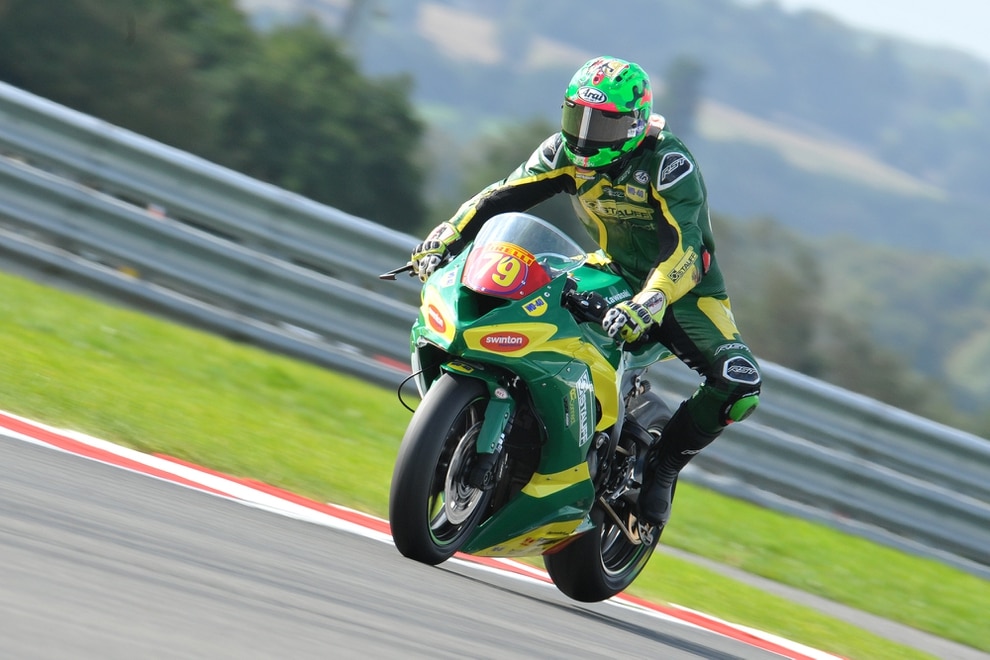 The teenage flyer, from Eccleshall, was forced to start from the back of the grid at Donington Park over the weekend.

But the 16-year-old, who is making his debut in the National Superstock 600 this year, carved his way through the field to take a stunning second-place finish on the line.

The result not only confirmed Stacey as one of the hottest prospects on the grid, it also kept alive his outside chance of claiming the title.

"At the moment, he's 21 points behind the leader, three points behind second and four points ahead of fourth, so it's very close.

"The lad he overtook on the line during the last race is the one who is fourth in the championship.

"Basically, we have to win the last race and then hope Shane Richardson, who is leading the series, doesn't finish in the points at all.

"But this is known as the axe-murderer's class for a reason, as these are all young lads who are riding fast 600cc bikes.

"There's a lot of testosterone flying about during each race so you know anything can happen."

The race weekend started about as badly as possible for the team after Stacey's bike blew up before he had completed a single lap of qualifying, which the teenager had not officially qualified to race at all.

"We had to ask the organisers to make an exception and luckily a Kawasaki dealership in Newark delivered us a spare engine that same day, otherwise that would've been our race weekend done," said Gladwin.

"It also meant Storm was riding a completely standard engine, so for him to finish second was even more impressive.

"I don't think, in all my time in racing, in any of the classes, I've seen a lad so young come from last to second during his debut in a championship.

"He is nearly 10 years younger and has so little experience compared a lot of the other riders – but he doesn't take me by surprise any more because I know what he's capable of.

"Storm now feels so confident. He's a nice, bright kid who believes he can become a super rider.

"We're not getting carried away and we're still setting realistic goals but after his two wins at Oulton Park, what he then did at Donington was very, very special.

"He's doing absolutely brilliantly and he's somebody we believe has got a really bright future ahead of him."

The final round of the BSB series takes place at Brands Hatch, October 18-20.