There have been so many indications in recent months as to how fast Wolves have grown as a club in recent years.

And being out in Shanghai, where hundreds of fans have attended the opening of the megastore, or attended training, or who even hang outside the team hotel for selfies, is the clearest yet that Wolves are a club expanding on a global scale.

As a player who's been part of it since the start of Nuno Espirito Santo's tenure in 2017, Diogo Jota has been well placed to experience the rapid and incredible rise.

And with Fosun talking of Wolves becoming one of the biggest clubs in the world in the future, Jota wants to be part of an even steeper rise in the coming years.

"I think it could happen – I think what the owners want to happen can happen," Jota said during an extensive interview at the team's luxurious hotel in central Shanghai.

"Anything can happen in football. We have the Leicester example that you don't need to be a huge club at the starting point to win the competition.

"This is a great project. From the first moments I came here I saw the project and that's why I want to stay here for as long as I can and be useful to the club.

"In Shanghai I've been surprised that there is Wolves everywhere – at training, the hotel, even the (fashion show) party on Monday night. The Chinese people keep track of our progress, even in Portugal at the Nations League.

"I went to the fashion show. It’s not my way to dress! But I respect their work.

"Wolves have made a huge step in the last two years. I'm very proud to be a part of the growing up that we have done since I joined the club.

"We are all just looking forward to doing more."

He was certainly useful last season, particularly from December onwards when a switch to 3-5-2 saw Jota produce some of the best football of his career, terrorising Premier League defences with his strike partner Raul Jimenez.

"I was matching very well with him," Jota said. "It's a good thing for me and the club, he was our goalscorer of the season and we have to now, first get him on the track again and then build up again.

"I always expect more (goals) but we work to win games and not for me to win games. I hope we can win most of the games.

"We changed our system in the middle of the season, I feel fine playing in very different roles. For example in Portugal Under-21s I play centre forward in a 4-4-2, I'm used to playing different roles on the field.

"I saw (Raul's) goals and assists during the Gold Cup, we know the summer was good in terms of football (Mexico winning Gold Cup and Portugal winning Nations League) but we have to rest as well because we have a long season ahead of us.

"Raul is a reference now. It's good for him, I hope he can go for more and more.

"He needs to rest to be ready for a long season. When he joins I think he knows already the process, it won't be a hard thing to get him back on track."

Jota's form last earned him a first ever call-up to the Portugal squad and, although he didn't play, he was delighted to be part of the squad that won the inaugural Nations League in the summer along with Wolves team-mates Ruben Neves, Rui Patricio and Joao Moutinho – as well as a certain Cristiano Ronaldo.

"Nobody could have thought that a club in a foreign country could have so many players in the national team," he added.

"Joao, Rui and even Ruben were working with the national team a long time before me and that helped me get involved in the process and the environment.

"During my childhood i watched (Ronaldo) on TV as a kind of reference for me.

"Now I have the opportunity to play with him. That was a good achievement for me.

"He's a really nice guy. He knows he has a lot of experience in football and he likes to share it."

The rate Jota's going, he'll have plenty of memories of his own to share before long.

First though he's looking forward to again playing a key role in the coming campaign, which includes trying to progress in the Europa League.

However, he's warned that it may be hard to replicate their success of 2018/19.

The 22-year-old said: "It was a great season but our fans are always expecting more. What we achieved last year will not be easy to achieve again and the fans need to understand that.

"The Premier League is the best in the world and success is not easy to achieve.

"We need to think it's possible to build on it but we know how hard it is so we have to keep our feet on the ground and try to build on it.

"I've never played in the Europa League, I've played in Champions League but I'm looking forward to helping the club reach the group stages. It's very important to do that this season."

Wolves face Crusaders or B36 Torshavn in the second qualifying round next week.

Jota thinks their opponents will 'give their lives' to try and beat Wolves, so they must be ready.

"We have to know how hard it will be for us," he added.

"We all know the captain of Crusaders has started to talk even before the first leg so we have to know how big it is for them.

"They will battle very hard and we'll have to give our best as well as they'll give their lives to beat us."

Wolves are yet to sign a new player in the transfer market this summer.

Jota isn't concerned – and says now is a great chance for the club's youngsters to impress.

"From a player point of view it's not our problem, we focus on playing with the players we have, it's up to the coach to find solutions but I'm sure signings will come in the near future," he said.

"The youngsters have have a really good chance, it's an opportunity that some players don't have at all in their lives. It's up to them to take it and impress the manager.

"The manager knows their quality and if they have enough to be here during the season and an option, it would be good for us and the club from an academy point of view." 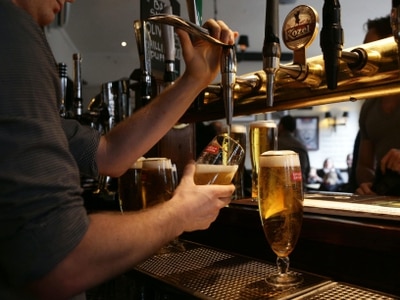