Another night under the lights at Villa Park delivered another match full of talking points but not the desired result for the hosts. 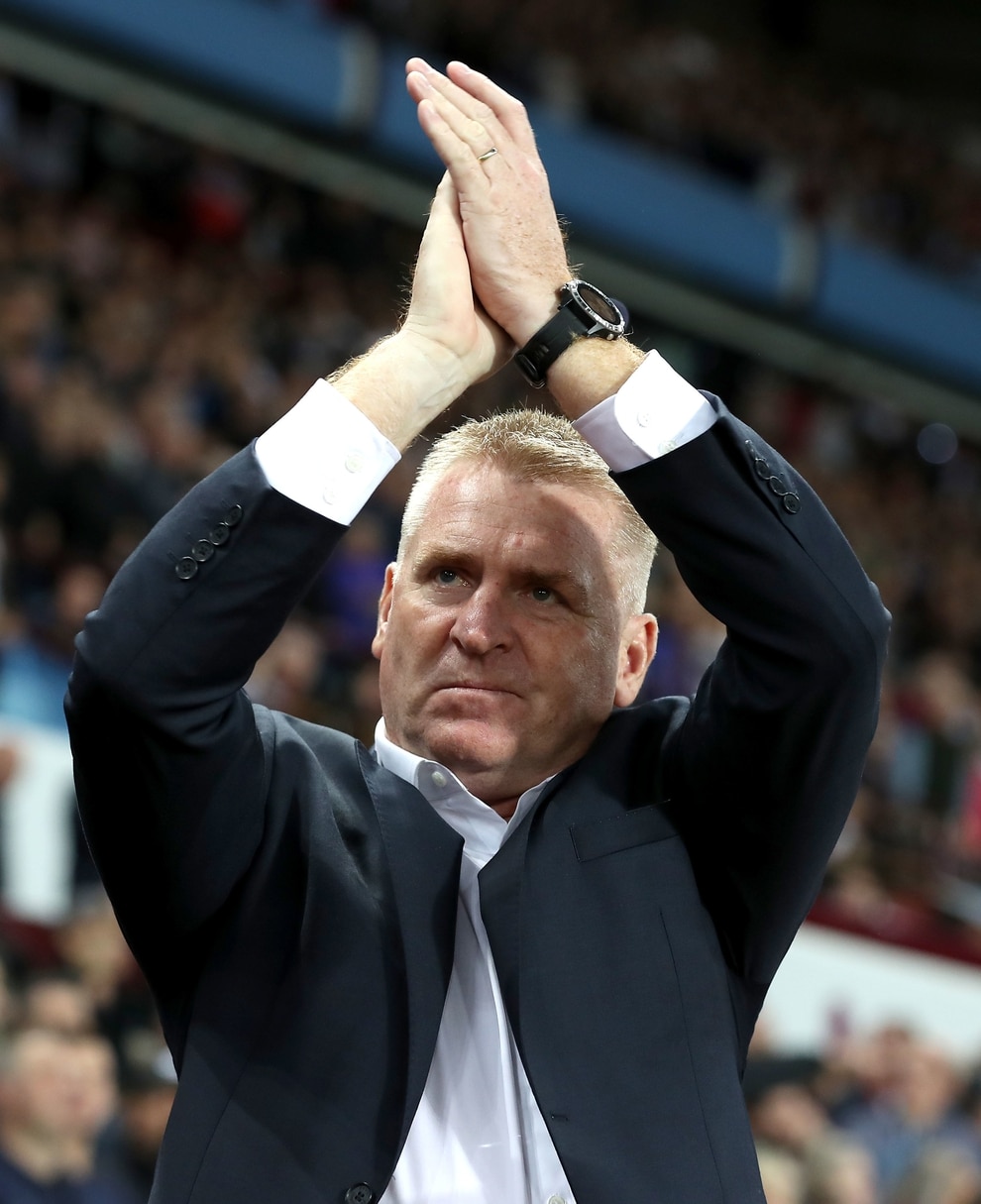 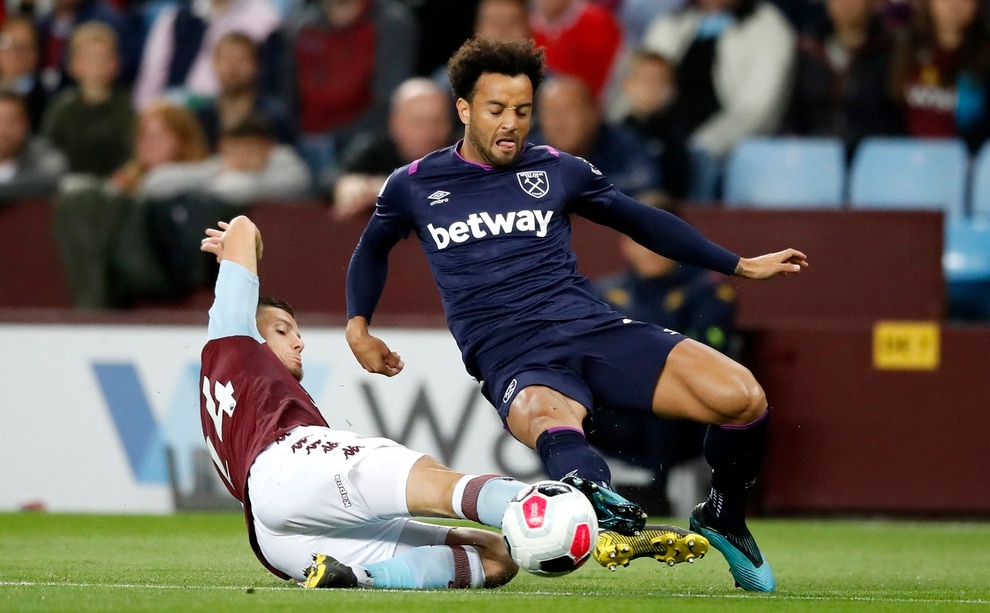 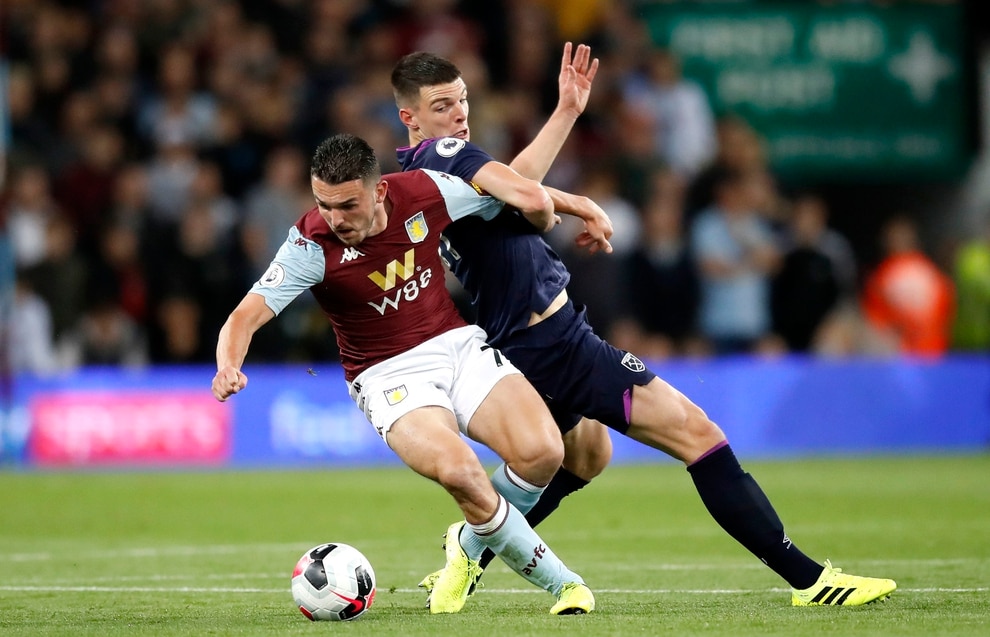 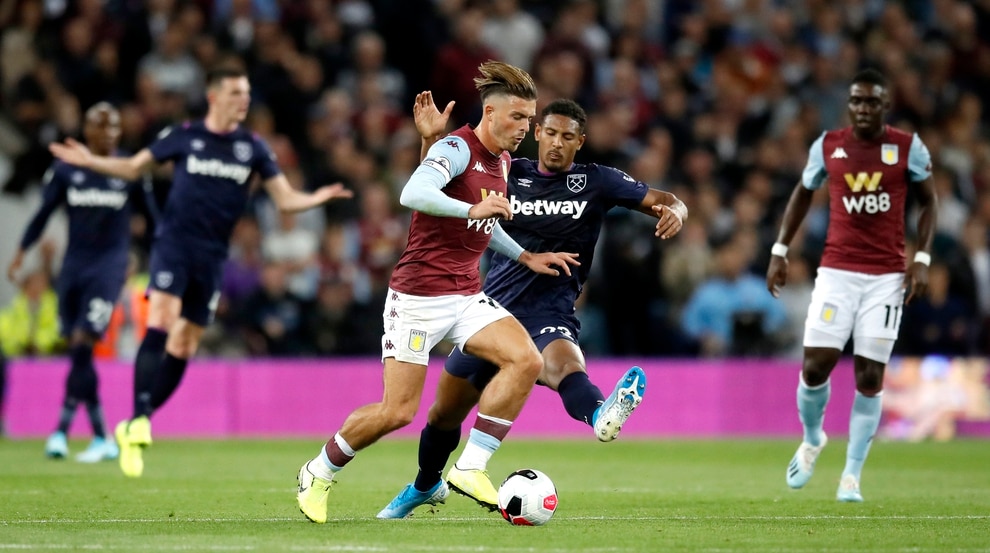 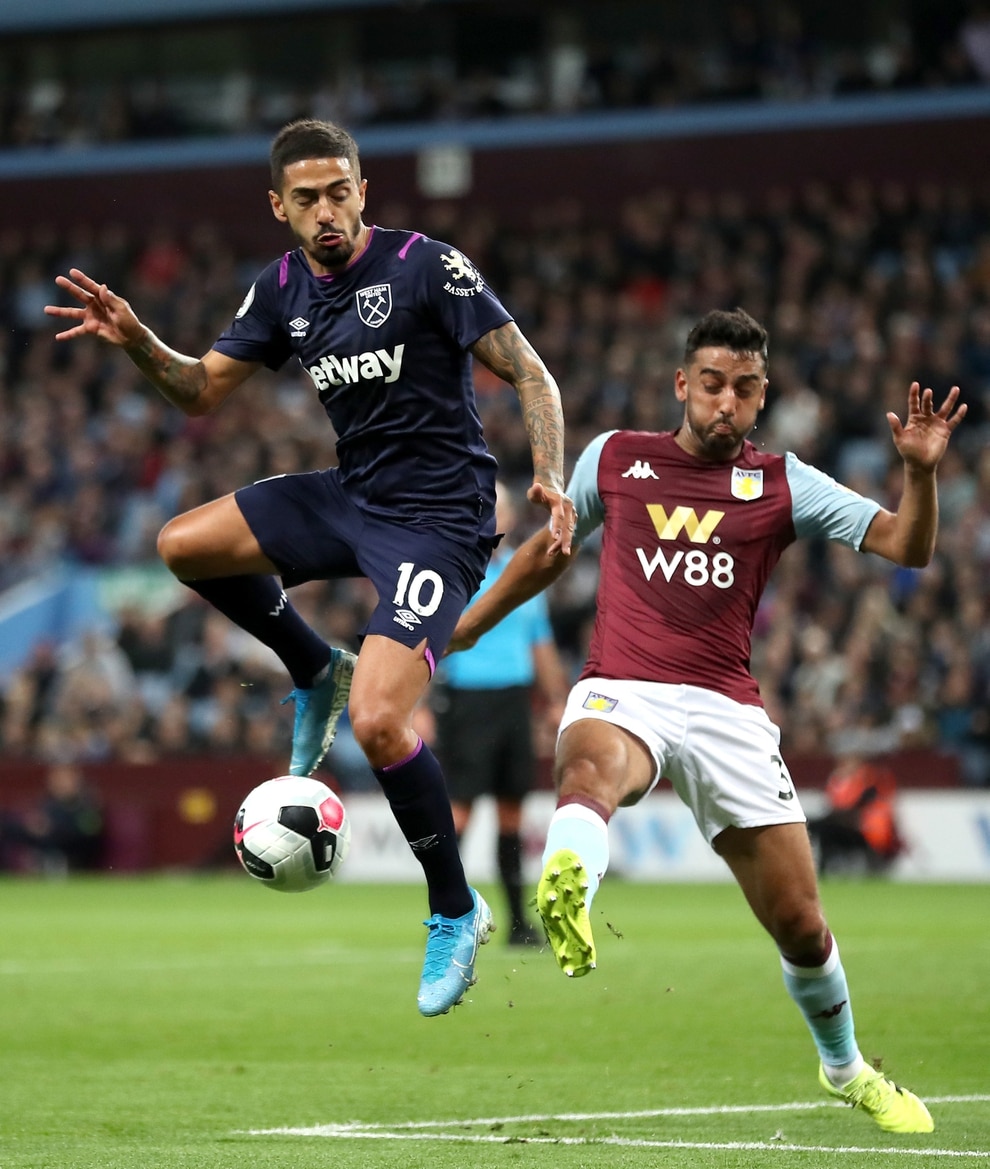 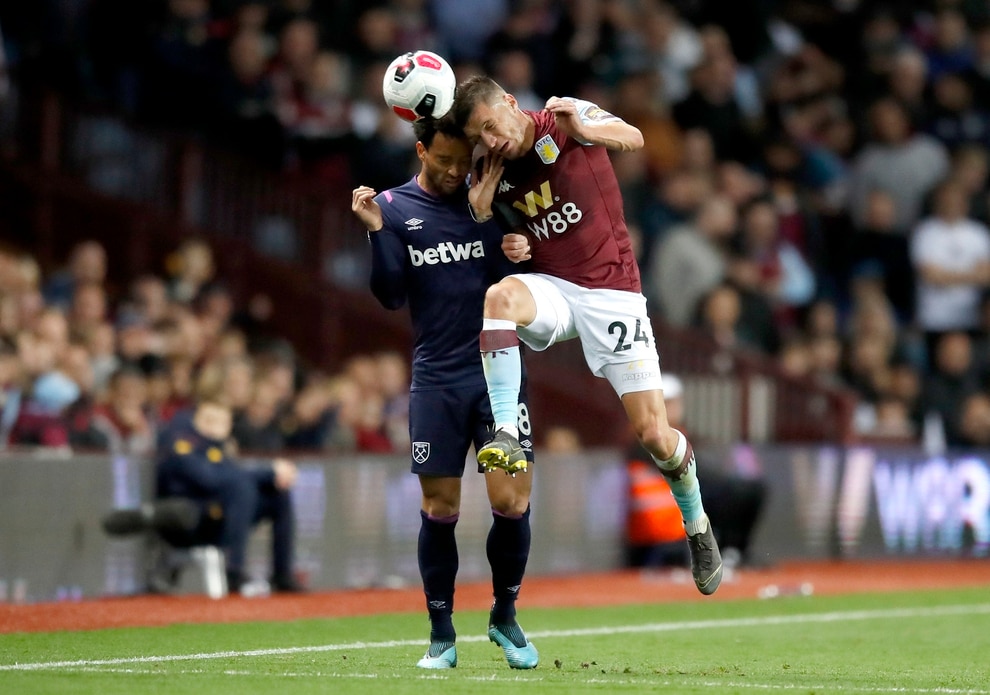 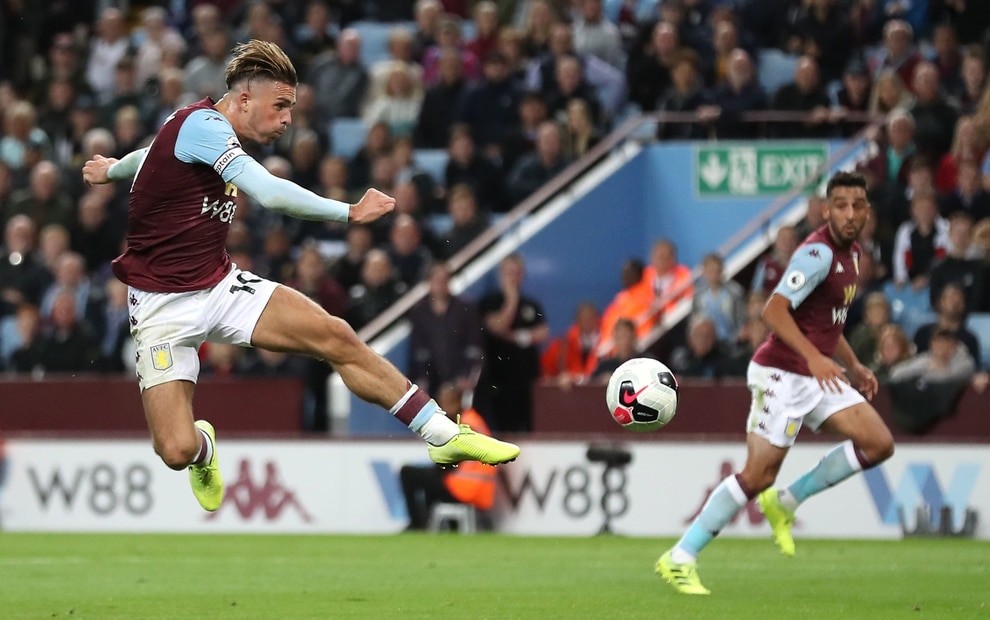 Aston Villa's Jack Grealish has a shot on goal

Not even the fact this was one of the more entertaining goal-less games the Premier League is likely to see this season will compensate for the fact it was one Villa should have won.

Dean Smith’s men had the better chances and for the final 25 minutes played with a man advantage after visitors West Ham saw Arthur Masuaku sent off for two bookable offences.

But the goal they craved simply never arrived, despite the best efforts of Jack Grealish and John McGinn, both of whom enjoyed fine games.

The result was enough to move Villa out of the bottom three in the early season table, yet a return of four points from the opening five matches still ranks as below par.

This was certainly not a night without positives, featuring an encouraging debut from Zimbabwe international Marvelous Nakamba for Smith’s team.

Neither was it one without drama, Villa winger Anwar El Ghazi perhaps lucky to avoid a red card for violent conduct after an extraordinary clash with team-mate Tyrone Mings in the opening half.

Masukau, who had received his first booking for a foul on Frederic Guilbert, was given his marching orders after tripping substitute Ahmed Elmohamady.

The manner in which Villa struggled to maintain their composure when presented with such a glorious chance to take the three points with perhaps disappoint Smith the most.

Smith handed a debut to Nakamba in one of two changes from the team beaten 1-0 at Palace prior to the international break, Douglas Luiz dropping to the bench.

The other, enforced switch, saw El Ghazi recalled in place of the suspended Trezeguet.

Noise levels were once again high inside Villa Park at kick-off and the hosts responded by being quick of the blocks, Wesley charging down visiting keeper Lukasz Fabianski’s attempted clearance inside the opening three minutes.

The first attempt on goal, however, came from the Hammers, Bjorn Engels in the right place to block Andriy Yarmolenko’s shot after Ryan Fredericks had swept past El Ghazi and into the box.

Villa’s first chance fell to Wesley and it was a big one, Grealish exchanging passes with Jota and whipping in a vicious cross which the Brazilian striker could only head over the bar from inside the six yard box.

The even nature of the contest was summed up by the fact West Ham’s big money summer signing, Sebastien Haller, then also headed off target at the other end, albeit from a little further out.

Villa began to up the tempo, with Grealish at the centre of their best work. The skipper delivered a teasing left-footed cross upon which Frederic Guilbert was unable to make clean contact.

Grealish was also one of four players to go into the book during the opening period of a hard-fought contest, which threatened to boil over in extraordinary circumstances when team-mates El Ghazi and Mings fronted up.

Mings appeared furious with the winger for not tracking back, El Ghazi responding by sticking his head into the centre-back’s face.

For a brief moment it appeared the Dutch international might receive a red card for violent conduct as the incident was reviewed by the video officials.

When play resumed, West Ham skipper Mark Noble, one of those players on a booking, was perhaps fortunate to avoid punishment when he tumbled in the box despite not being touched by El Ghazi.

Villa finished the half on top, Fabianski ensuring the visitors went in at the break still on level terms when he dived low to his right to keep out a McGinn shot which took the smallest of flicks off the legs of Wesley.

McGinn had the keeper sprawling again early in the second half with a shot that crept just past the post.

Fabianksi was also alert to hold a volleyed effort from El Ghazi as the winger tried to improvise after chesting down a chipped McGinn pass.

Smith made his first change with 25 minutes to go, Elmohamady replacing Jota. The Egyptian international’s first touch was to flick the ball beyond Masuaku, who promptly brought him down and received his second booking to leave the visitors a man down.

Yet it was the Hammers who had the next big chance, Haller somehow being allowed to control on the end of a Fredericks cross despite the presence of five defenders, with Mings flinging himself in the path of the eventual shot.

Villa were struggling to find the extra space and losing a little composure, with several passes going astray as they tried to make their man advantage count.

The best chance fell to Grealish but he was unable to direct substitute Douglas Luiz’s cross on goal, while Wesley also sent a shot weakly at Fabianski.

Analysis: Dean Smith searching for answers after Southampton defeat puts Aston Villa back at square one

Wolves and Aston Villa have matches moved for television – including derby