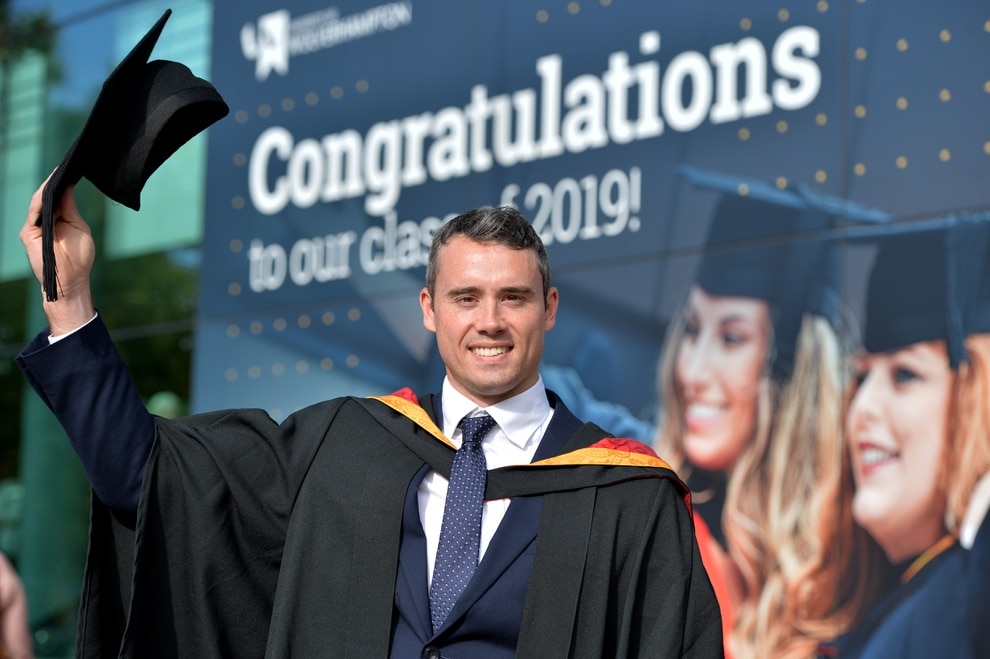 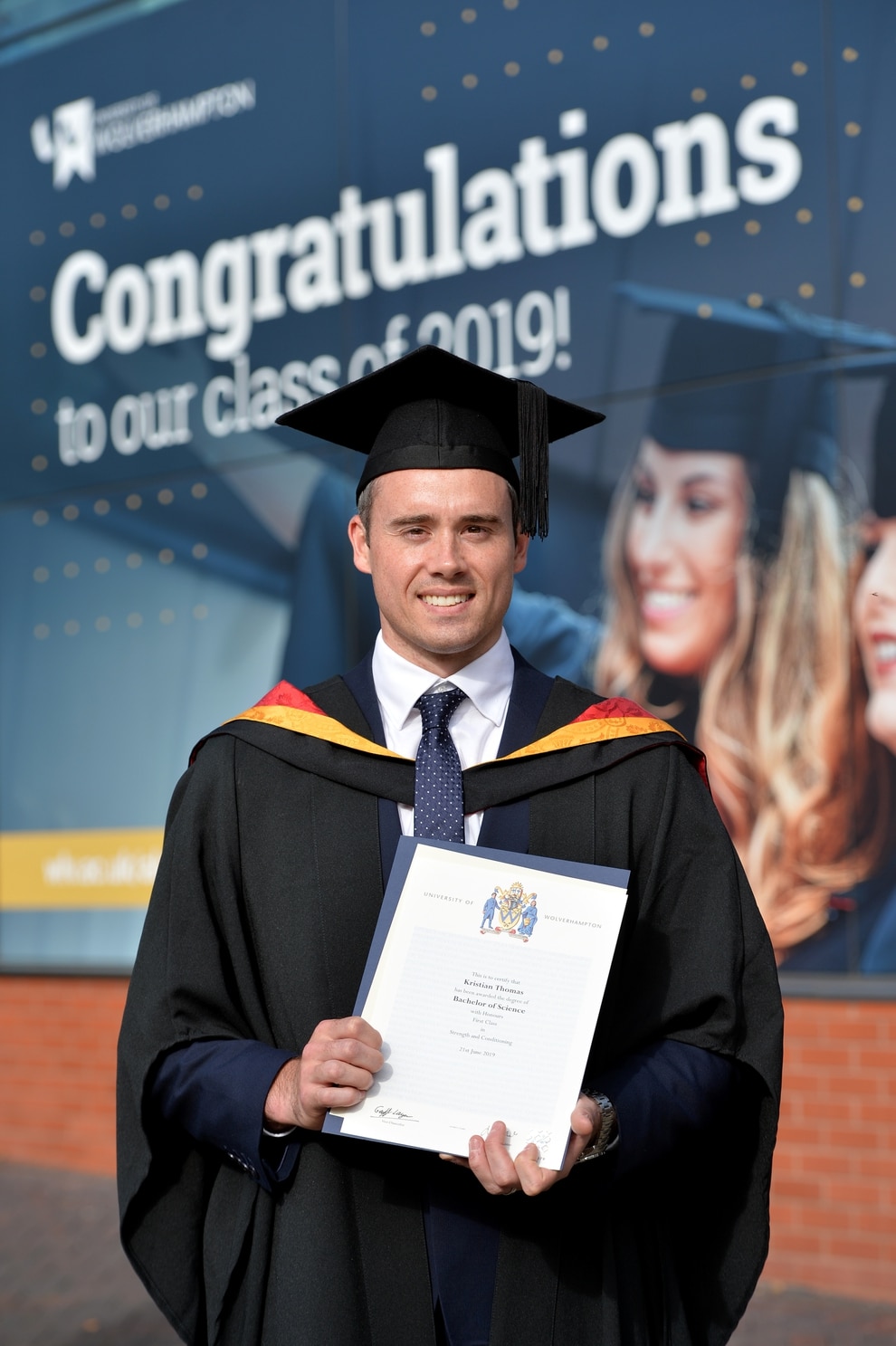 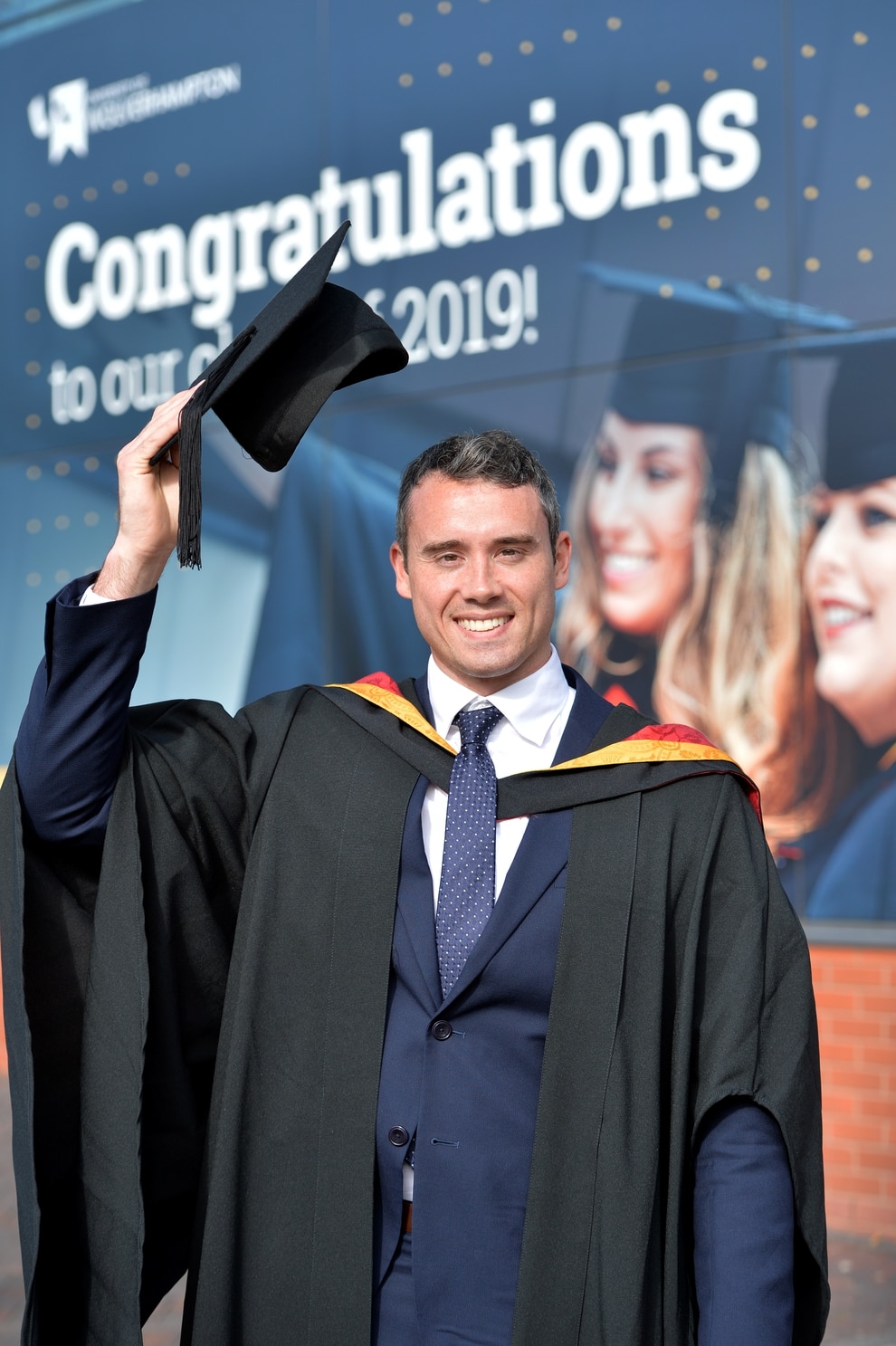 Kristian, who won Olympic and Commonwealth Games medals, finished his three-year Bachelor of Science in Strength and Conditioning – passing with first class honours at the University of Wolverhampton.

He was among other students at the university to receive their degrees – along with a special Cranlea Dissertation Prize for the best dissertation in the Department of Sport.

Now he plans on returning to gymnastics as a sport practitioner – helping other athletes achieve their top level by handling their training, nutrition, and helping them recover from injury.

He said: "It feels pretty good actually. It's a nice feeling to go there and connect with the people you've spent three years with.

"The course was very similar to sports science and hopefully it gives me an opportunity to go into the sport as a practitioner.

"Elite sport is where I would like to end up – I was out of it but it's nice to keep in touch with something I'm very passionate about."

The 30-year-old, who claimed bronze at the 2012 Olympics in the men's artistic team, added: "The staff were great, really supportive, encouraging and helpful. They definitely helped and showed their expertise – I'm very grateful for their help.

"I was out of education for 10 years but once I found my feet and what I needed to do, putting the time and effort into it was a bit like what I do in training."

Kristian also claimed gold in the 2014 Commonwealth Games in the same category.

The athlete retired in October 2017.