It’s been a season full of joy for Albion supporters.

But for one boyhood Baggies fan, the past 12 months really have been remarkable.

Romaine Sawyers was snapped up by the club he loves aged just seven.

Despite impressing all the way through the academy, he suffered the heartbreak of being released at the age of 21.

But while he walked away from that club that day feeling devastated, Sawyers made a promise to himself that he would return.

Now the man Slaven Bilic has nicknamed his metronome – because he makes Albion tick – the 28-year-old has been instrumental in the club’s return to the Premier League.

Re-signed from Brentford exactly 12-months ago, Sawyers ended the season with a staggering 90 per cent pass completion rate – the highest of any player in the Championship.

Individual accolades, though, don’t compare to knowing you have just played an integral role in securing what could be the biggest promotion in your club’s history.

And Sawyers – who watched with envy when Jack Grealish guided his boyhood Villa to the Premier League last year – admits he has been overwhelmed with emotion over the past seven days.

“I watched the play-offs last year with West Brom being involved and I could just imagine how much it meant to him (Grealish),” Sawyers said.

“And when I came back that was always at the forefront of my mind – imagine the feeling if we do it, imagine if I go up with West Brom.

“I think in football when you achieve something with your club it hits you differently.

“It’s hit me and my family in a way that is really hard to describe.

“The word doesn’t do it justice but it’s a phenomenal feeling. To feel like I was part of it, to go down in history with West Brom.

“But when it’s a history you want to be a part of, that is very special.

“Of course, for any footballer, you want to be a part of a club’s history.

“But if you are a part of your club’s history it does mean a lot more.”

It may have always been Sawyers’ dream to help Albion back into the Premier League.

But there is no way he could have imagined the circumstances in which promotion would arrive.

It’s fair to say we still don’t know the financial implications coronavirus will have on the beautiful game.

And it wasn’t until after the final day clash with QPR - when skipper Jake Livermore did a television interview - that everyone realised just how much pressure Albion’s players were under.

Livermore spoke about how he feared staff may have to lose their jobs if the club didn’t suddenly get the £170million cash injection that comes with being in the Premier League.

And Sawyers – a man who is normally laid back and relaxed – admitted even he felt enormous pressure in the final games of the campaign.

“It was all so much bigger than a game of football and promotion,” he continued.

“It was life-changing for us as players and for people who work for the club.

“That can really motivate you and of course, as players you want to play in the Premier League.

“But changing people’s lives, that’s what really makes it special.

“Footballers are in a fortunate position, they are able to provide for family members.

“But there are members of staff who are just as important as we are but aren’t as fortunate as we are.

“That is where the pressure really stems from.

“I am quite a relaxed, calm person and everybody knows that.

“I don’t normally feel pressure but going into the games my body did feel different.

“For me to say there wasn’t pressure there would be a lie.”

With so much at stake, Sawyers admits the first feeling he felt when promotion was secured wasn’t joy – it was relief.

“Relief is what hit me first,” he said.

“I came off against QPR and I went from player to fan.

“I couldn’t watch the game. If someone had scored in our game I wouldn’t have known because my face was in my hands. I just couldn’t watch.

“But as soon as the whistle went and we had that pause – we could hear the media guys talking and we knew Brentford and Barnsley were still playing.

“When I heard that my heart just sank.

“But when I heard it was Barnsley ahead, the whole world came off my shoulders.

“I just said to myself ‘Thank God we got over the line.”

In typical Albion fashion, promotion was secured with fans kept on the edge of their seats until the last few seconds.

But there can be no denying over the course of the season, the Baggies thoroughly deserve their place in the Premier League.

A campaign that can be analysed in four stages – Bilic’s side were absolutely fantastic in the opening five months.

In 24 league outings, they lost just once – with that defeat coming despite an excellent performance at Leeds.

They wobbled around Christmas and New Year when they failed to win in seven league games.

But a win against Luton kick-started another fantastic run that saw Bilic’s side produce outstanding performances at Millwall and Bristol City.

Then after lockdown, the Baggies dug deep to ensure they were the team that got over the line.

“I think those four stages are the perfect way of analysing the season,” Sawyers said.

“And I think the thing we can be most proud of is that we showed we can do it all.

“You look at the start of the season, the first 24 games - we were the best footballing side. We were going through teams and picking teams apart.

“The second spell was when we had our backs against the wall, we were going through a bad patch.

“But we just had to pick up points where we could knowing that we would come out of it and that we were going to come good.

“Then the next phase included the Millwall game, the Bristol City game.

“It wasn’t typical West Brom - or Slav Ball as I call it.

“It wasn’t the same football we played at the start of the season.

“But we showed we had the fight and the determination to win ugly.

“For me, my pick of the season, games-wise, was Bristol City.

“Although I got sent off, I saw some fantastic pictures of the lads celebrating after the game.

“I hadn’t seen the celebrations at the time because I was in the changing room.

“But those pictures warmed my heart because I knew then that we were all in it together regardless.

“From a personal point of view, I had got sent off, I had let my teammates down.

“But their celebrations showed me that I hadn’t let them down – that we were all together in it. Everyone.

“You would think we had won the league just from those pictures.

“I think that period of time showed the togetherness we had and I think that leads nicely into post lockdown.

“We want to play Slav Ball, but we didn’t play amazingly well in all the games.

“Yet we still had a togetherness and a belief.

“Some people say we crawled over the line or got lucky.

“But when people say that I think they fail to remember that for the first 24 games we were untouchable.

“We were top of the table until the Swansea game – the last game before lockdown.

“You always need a little bit of luck in football. We may have had some here and there but that luck was earned along the way.

“We were great for 24 games, not good, great. And we were great again after that tough spell in December and January.

“After the football we have played, nobody can say this team has been promoted because of luck.”

While some of Albion’s players hit the town following last week’s promotion, Sawyers’ celebrations have been more reserved.

“I have just spent time with my family,” he said.

“I’m not a drinker, big celebrations don’t really excite me.

“I’ve just spent my time speaking to people who are closest to me, those that are in my heart and who have been on this journey with me.

“I have thanked them for what they have done.

“In terms of an individual celebration, I have felt exhausted mentally.

“I have just been trying to get back to a relaxed state of mind.”

Now, though, he does feel relaxed and is looking forward to the Premier League fixtures being announced.

And Sawyers has promised Albion’s fans, the team will be doing everything it can to give them another memorable campaign.

“I’m really excited for the fixture list,” he added.

“I think everyone wants to know who, where and when we are playing.

“Hopefully, if not at the start of the season but as quickly as possible, we can then get fans back in the stadium. That makes a whole lot of difference.

“We had expectation this year, wearing that shirt came with a different mental challenge - we were expected to win every week and not get beaten.

“But we know that now we can’t relax, we aren’t going to the Premier League to be tourists. We are not going to see an attraction and then go home. We have got to go and make our stamp on it – on the best league in the world.

“It’s my first time, we have a manager in charge who has been there and done it - both as a player and a manager.

“We are in good hands and determined to make our mark.” 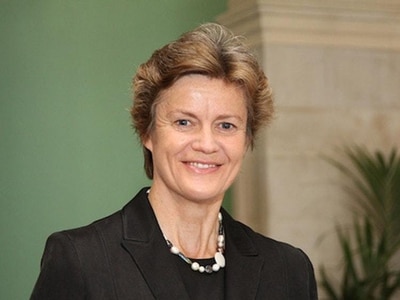 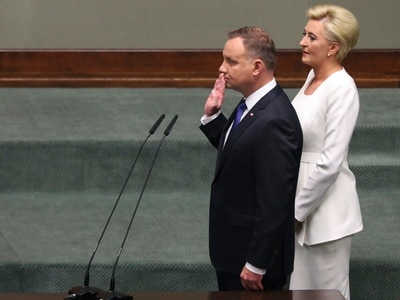