West Brom take on Cardiff for the first time in five years - take a look at the last five meetings between the sides here. 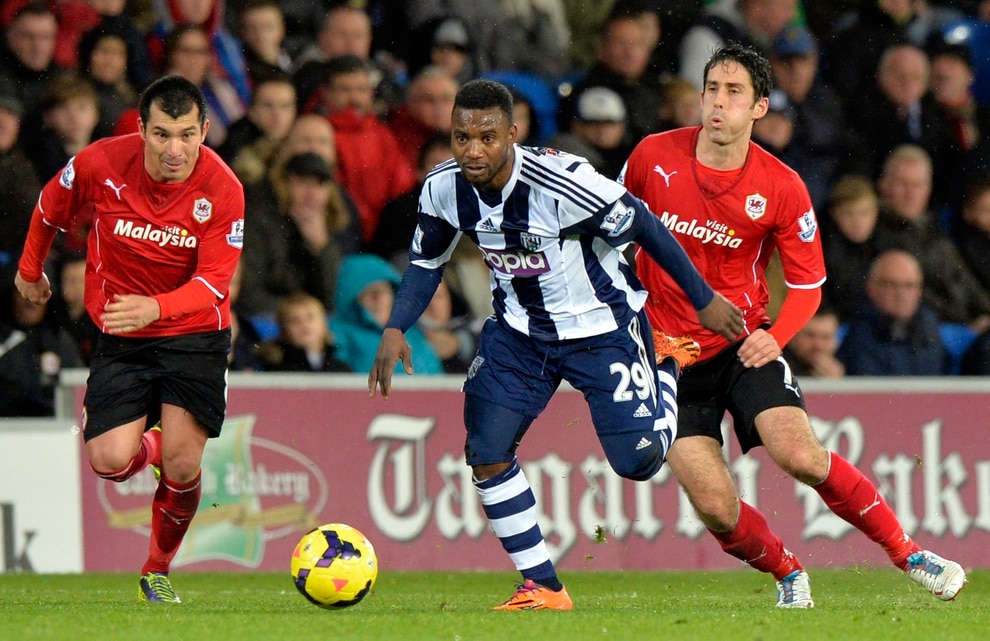 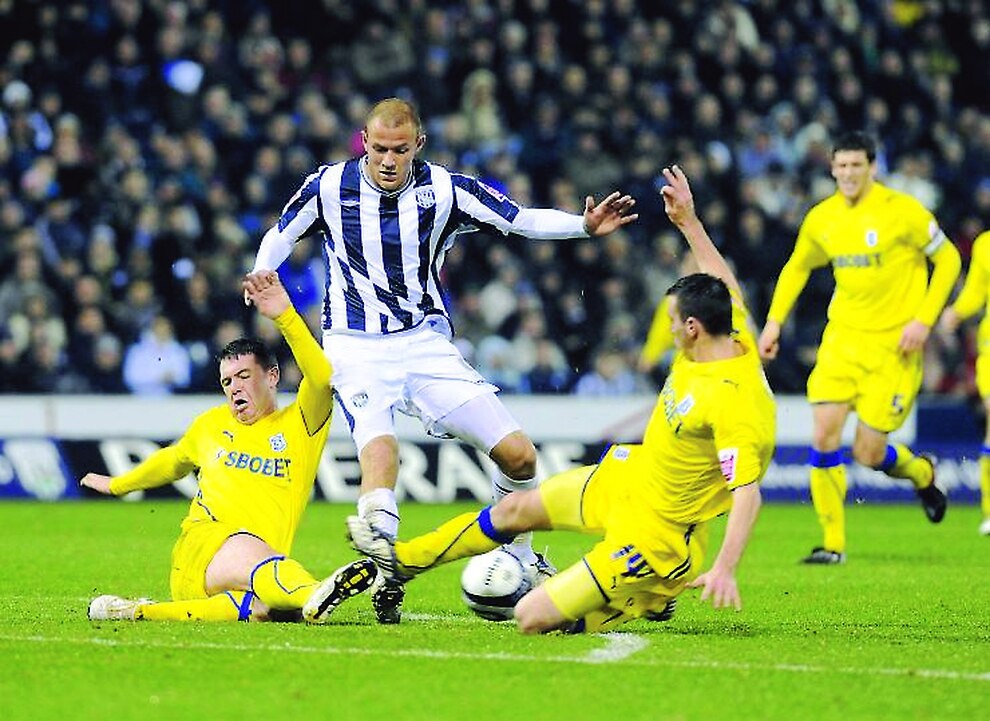 Roman Bednar is tackled by Anthony Gerrard and Paul Quinn A Cardiff City side managed by Ole Gunnar Solskjær in Vincent Tan's garish red, against a West Brom in the throes of Pepe Mel's fleeting tenure was always going to produce a satisfying result.

An outrageous 25-yard cross field lob from Morgan Amalfitano left the stranded Cardiff keeper for dead to give the Baggies a 1-0 lead in just the second minute.

Graeme Dorrans added a second six minutes later with a tap in, before Jordon Mutch pulled one back for the Blubirds with a 35-yard looper, ensnaring Ben Foster in the back of his net as he retreated to make the save.

Steven Caulker scored a header from a deep free-kick to equalise, only for Thievy Bifouma to delicately slot through the legs of David Marshall in the 90th minute to score what was surely the winner.

Then, in a move that would see Youssouf Mulumbu pull his shirt over his head in anguish, and Solskjær prance with joy like the schoolboy that he is, Mats Moller Daehli swivelled in a shot for Cardiff's second equaliser in the 95th minute.

The result would leave both sides in danger of being relegated, with Solskjær calling the game 'very exciting'. A slight understatement.

The fact that both sides had different managers at this point of the 2013/14 season than when they would play out the thriller at The Hawthorns months later perhaps shows how both of their seasons were going.

Both West Brom and Cardiff had gone five games without a win and were only just hovering above the relegation zone.

A Peter Whittingham header shortly after the hour mark was enough to give Cardiff the victory, pulling them four points clear of the bottom three while condemning West Brom to their fourth straight defeat.

The match would prove to be Steve Clarke's last as manager of West Brom and he was sacked later that day.

Simon Cox scored an irresistible Hawthorns hat-trick to send Albion through to the fourth round of the FA Cup on a day Malky Mackay rested seven Cardiff players as they prepared for their Carling Cup semi-final match at Crystal Palace.

The capacious Peter Odemwingie found himself alone on the edge of the box before calmly slotting past the now Villa Keeper, Tom Heaton, to give Albion the lead after seven minutes.

Cox would soon add a second as he managed to emerge from the defensive scramble to steer Nicky Shorey's retaken free-kick into the net.

However, Cardiff would make the most of two poor pieces of defending as Robbie Earnshaw and future Wolves signing, Joe Mason, demolished the deficit.

A rapturous 25-yard strike from Cox ricochet against the inside of the post and into the back of the net to regain Albion's lead before he secured his hat-trick, tapping in a cross from just ahead of the penalty spot to send the Baggies through to the next round of the FA Cup where they would lose to Norwich.

A Gianni Zuiverloon equaliser late on in the first half would give Albion the point they so desperately needed to go top of the Championship, ahead of Newcastle, in a season that they would be once again promoted to the top flight of English football.

Peter Whittingham scored his 19th goal of the season from the penalty spot to give the Bluebirds the lead only for Zuiverloon to snatch a draw with his rebounded effort to give both sides a point that they would have been happy with as they chased promotion.

Albion finished second behind Newcastle that season with the Magpies reaching a massive 102 points. A total Nuno's Wolves side would miss out on equalling after losing 3-0 to bottom of the table and already relegated Sunderland on the final day of the 2017/18 season.

Goals from Chris Burke and Peter Whittingham would give Cardiff the victory as they attempted to keep apace with a Baggies side comfortably nestled in the top two of the Championship.

Scott Carson was shown a red card when he was adjudged to have headbutted Cardiff forward, Michael Chropra, who quickly collapsed to the turf in pain.

Carson's replacement, Dean Kiely, was unable to stop Whittingham from doubling their advantage from the subsequent penalty, denying Albion the chance to close the gap at the top of the table to just two points.

Jake Livermore keen to get the West Brom job done