Labour moderates vow to fight on after Tom Watson quits

The departure of the deputy leader seen as a further strengthening of Jeremy Corbyn’s grip on the party.

Leading Labour moderates have vowed to continue to fight for their values in the party following the shock resignation of Tom Watson as deputy leader.

Mr Watson – who will not stand for re-election – said his decision to step aside was “personal, not political”.

However, his departure will be seen as a further strengthening of the grip of Jeremy Corbyn and the Labour left on the party.

Liz Kendall, who ran against Mr Corbyn for the leadership in 2015, said she was “very sad” to see Mr Watson go.

“I will continue to fight for our progressive, social-democratic, pro-European Labour values and know that many other MPs and members will do the same,” she said.

Andy Burnham, the Labour mayor of Greater Manchester, said Mr Watson’s resignation was a great  loss to the party.

“He is a loss, no doubt about it. Tom knows a lot about elections, he is a formidable campaigning force,” he told ITV’s Peston programme.

Some critics of Mr Watson – a committed pro-Remainer – suggested he was quitting because he feared he could be in trouble in his West Bromwich East constituency which voted heavily for Brexit.

Mr Watson – who said he intended to focus on public health issues outside Parliament – said he would remain as deputy leader until polling day on December 12 and would be playing an “active part” in Labour’s election campaign.

He was elected to the position in 2015, at the same time as Mr Corbyn was elected leader.

During their time together at the top of the party the two men clashed repeatedly, with Mr Watson, a former ally of Gordon Brown, becoming a focus for the “moderate” opposition in the party to Mr Corbyn.

He was publicly critical of the leadership’s attempts to tackle anti-Semitism in the party and led moves to push it into supporting a second referendum on the EU, despite the entrenched resistance of the leader.

Most recently, he defied Mr Corbyn by calling for the party to back a new public vote before the country went to the polls in a general election.

His opposition to Mr Corbyn angered allies of the Labour leader and on the eve of the Labour Party conference in September, they made an unsuccessful attempt to oust him by abolishing the post of deputy leader.

Despite their differences, Mr Corbyn said he was “proud and glad” to have worked with him over the past four years.

In recent months Mr Watson has faced intense criticism over his role in promoting the false claims of a Westminster paedophile ring made by the fantasist Carl Beech.

Beech’s allegations led to a number of public figures coming under police investigation, including the former home secretary, the late Lord Brittan of Spennithorne, the former head of the armed forces, Lord Bramall, and ex-Tory MP Harvey Proctor.

After facing calls to resign by some of those involved, he said that he was “very, very sorry” for the way events had turned out, but stopped short of apologising.

Mr Proctor said on Wednesday that he had done his constituents a “great favour” by standing down.

“The next parliament will be a healthier place without him,” he told the PA news agency.

Daniel Janner, the son of the late Labour MP Lord Janner who was one of Beech’s victims, said Mr Watson’s position had become “untenable”.

Mr Janner has been a fierce critic of Mr Watson who he has previously accused of applying “pressure on the police”.

He said: “Tom Watson whipped up the post-Savile hysteria which damaged falsely accused innocent prominent figures like my late father Lord Janner. His position had become untenable.  He has stood down because he would have been defeated. “

Mr Watson, who first entered Parliament in 2001, has also spoken openly about his struggles with his health.

Last year he disclosed that he had been diagnosed with type-2 diabetes, but had managed to “reverse” the condition, losing seven stone in weight. 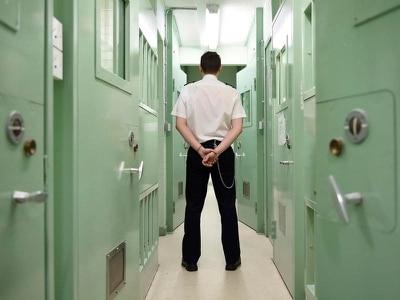