An MP has called for cannabis to be legalised after a mother received police warnings for using it to treat her debilitating condition. 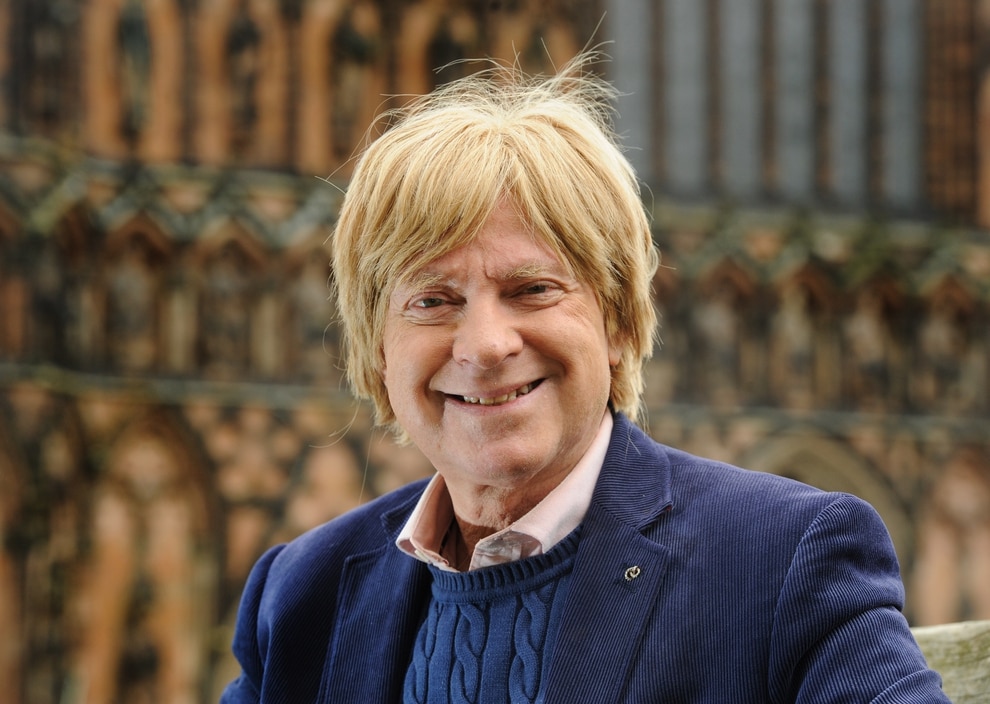 Lichfield MP Michael Fabricant co-sponsored a landmark bill, which was introduced in Parliament this week, describing the current law as a ‘complete a**’. He has revealed the ‘barbaric’ story of Vicky Clarke, from Burntwood, who has been reported to police twice after turning to the Class B drug having battled multiple sclerosis for more than a decade.

The Conservative MP said: “This story is tragic – barbaric. In this respect the law is a complete a** and needs to be changed.

“It puts the police and social services in an impossible position and I am glad that both have behaved responsibly so far with regard to Vicky and the family.”

Vicky was visited by police and social services regarding the safeguarding of her youngest daughter Megan, aged 17, after care services reported smelling cannabis in their house.

The Private Members’ Bill was introduced by Labour MP Paul Flynn, and calls for the legalisation of cannabis for medicinal purposes.

Urging MPs to help re-write the law, Newport West MP Mr Flynn, said: “At the moment the law says that cannabis has no beneficial effects and we all know it does.”

An estimated one million people in the UK use cannabis for medical reasons, but possession can result in up to five years in prison, or 14 years for those who supply and produce it.

UK laws prohibit the possession of cannabis in any form, meaning it is illegal to possess, grow, distribute or sell it. Being caught with even a small amount can mean a £90 on-the-spot fine.

Mr Fabricant added: “I see no reason why doctors should not be allowed to prescribe cannabis – or any drug – if in their judgment it would help in palliative care or cure.”

'Cannabis is my relief from unbearable pain'

The 47-year-old was diagnosed with Primary Progressive Multiple Sclerosis in her mid-30s, and was forced to give up her career as a primary school teacher in Walsall due to severe nerve pain in her left shoulder.

She tried every available drug on the NHS and none worked, but relief finally came in the form of taking small amounts of cannabis.

However, wheelchair user Mrs Clarke is now back to suffering on a daily basis after social workers reported her to the police on suspicion of using the class B drug.

Together with her husband Andy, the pair, who live in Burntwood, risked arrest and having their children Megan and Sophie and taken into care if she continued to use cannabis.

Mr Clarke, aged 50, said they felt they had little choice but to turn to cannabis due to his wife’s deteriorating condition.

“Since the early days of diagnosis, Vicky has suffered daily with severe stabbing nerve pain in her left shoulder,” he said.

“She has tried every drug there is, acupuncture, electro acupuncture, nerve injections, chilli patches and so on and so on, literally everything the NHS and private clinics have to offer.

“Vicky now has very little function and is doubly incontinent. She has carers come in whilst I work Monday, Tuesday and Wednesday. I take over at all other times.

“I had been trying to grow some cannabis in a spare upstairs bedroom, not very successfully I might add. One of the carers or care agency reported a smell of cannabis coming from upstairs.”

The police visited them to give them a slap on the wrist and told them not to do it again, but instead they took the risk to turn to a dealer and made butter with the drugs to put it into smoothies.

Mr Clarke said the move was an ‘absolute success’.

“I would come home from work to find a smiling Vicky whom had been pain free, she would still have the same stabbing pain at night, sadly this is something we were unable to get on top of as our experimenting was cut short by the report to the police. So after 10 years of daily pain, it was being relieved by a small amount of cannabis in a smoothy, not enough to be ‘stoned’.”

But a second report to the police from a care agency changed everything. It brought with it the extra worry of a safeguarding visit from Social Services, followed by an even more worrying visit regarding the safeguarding of Megan.

“If I get caught again I run the risk of further action being taken by the police,” Mr Clarke continued.

“I run the risk of either Vicky or Megan being taken into care, given this would risk Megan’s chances of joining the police, I run the risk of losing my daughter having ruined her life’s dream.”

As a result Vicky is now back to crying in pain on a daily basis. Mr Clarke added: “There is only one avenue we are pursuing and that is spinal cord stimulation. This was recommended off the record at the outset by Professor Gavin Giovannoni at Barts Hospital in London and he has been proven right on his initial thoughts that getting on top of the pain by any other method would be unlikely to work.”

Vicky now weighs five and a half stone and the family think she is unlikely to be considered fit enough for the operation.

An estimated one million people in the UK use cannabis for medical reasons, but possession can result in up to five years in prison, or 14 years for those who supply and produce it. Mr Fabricant’s Private Members’ Bill is due in the House of Commons for its second reading in February 2018.