More than 200 runners lit up the night while raising more than £13,000 for Katharine House Hospice. 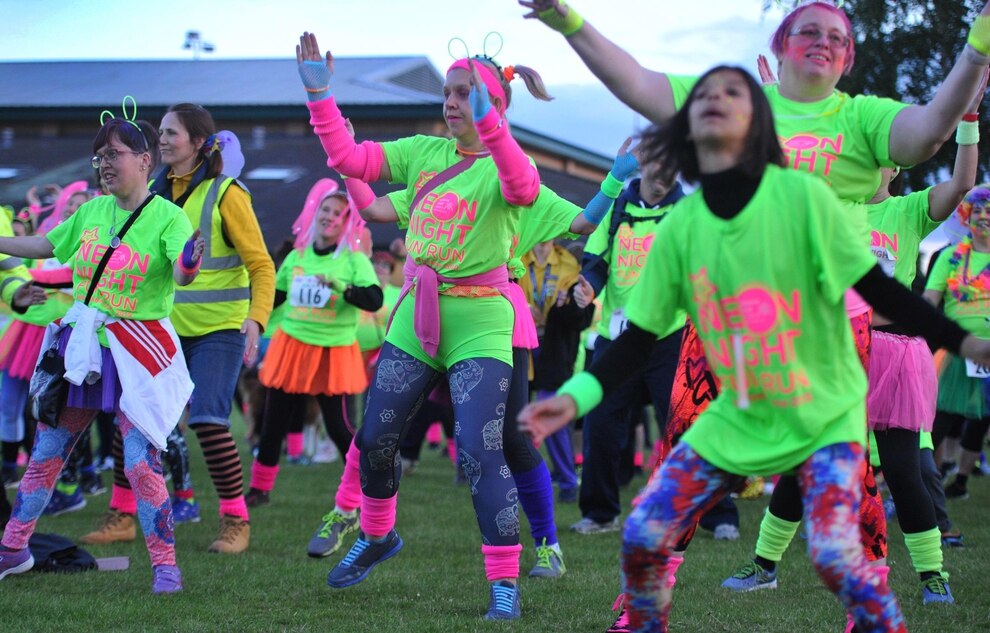 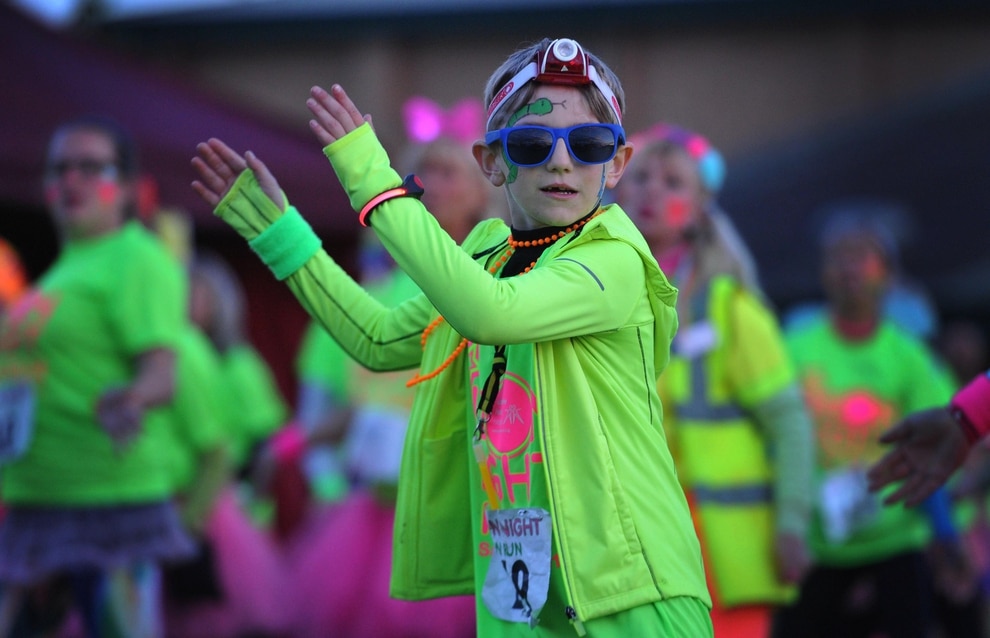 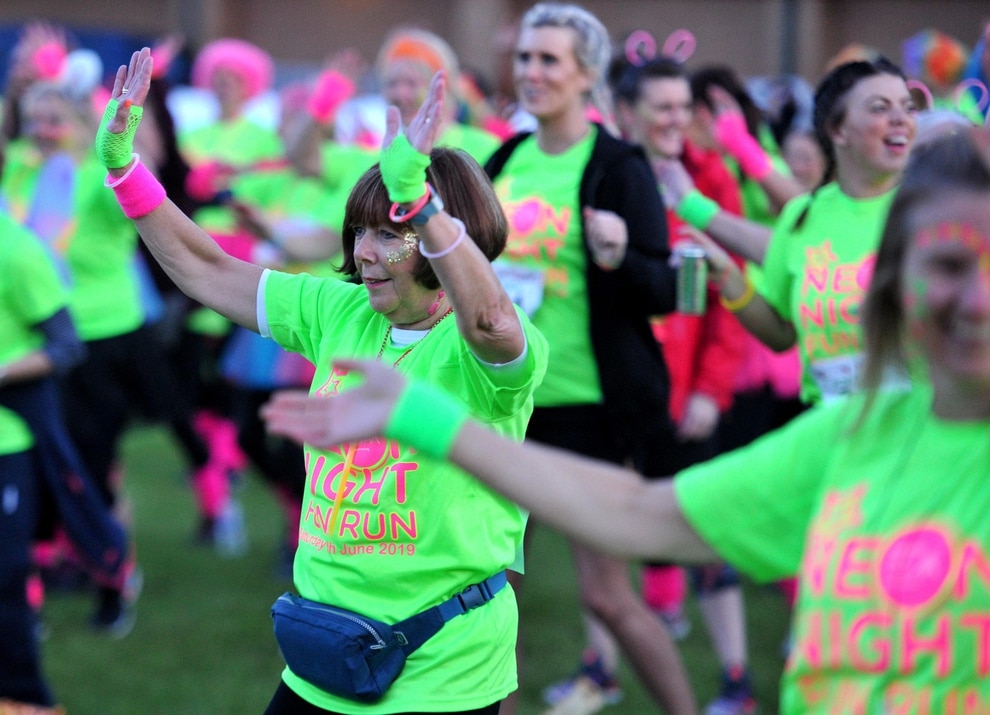 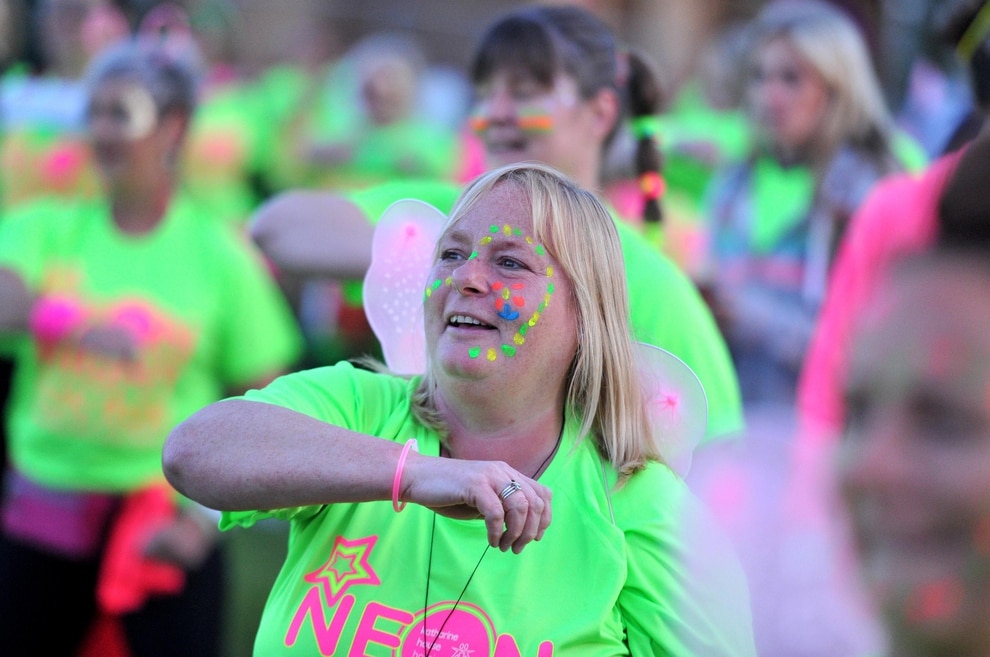 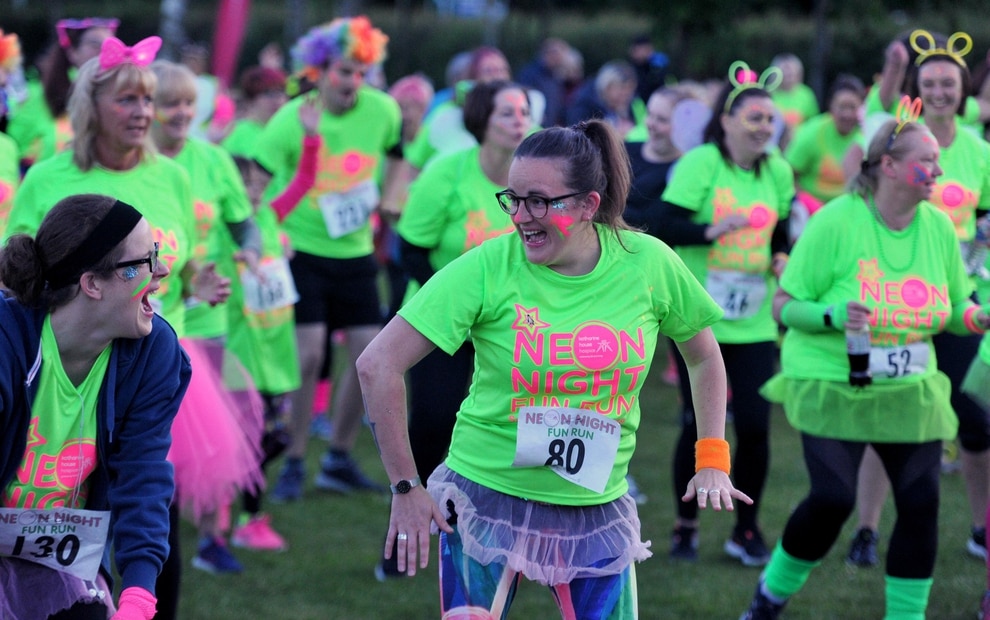 Some of the runners warming up 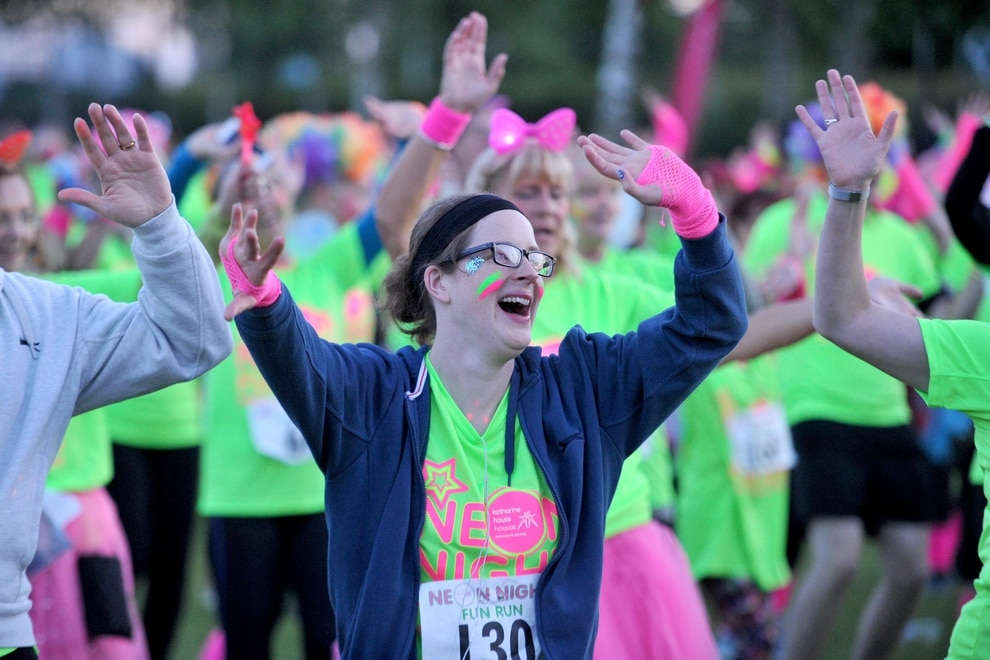 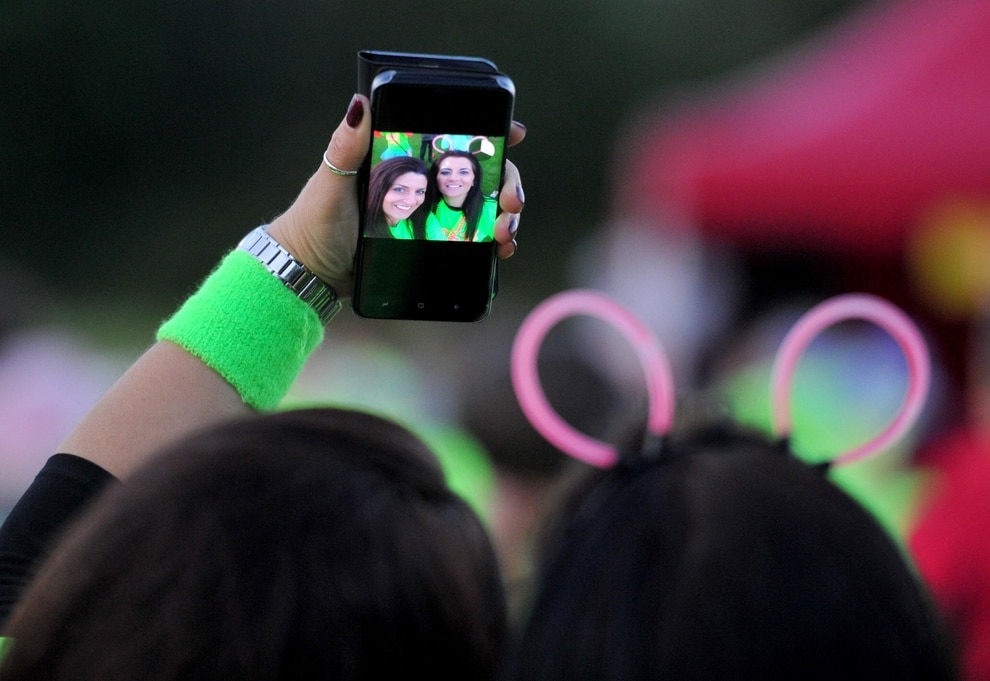 A selfie before the run 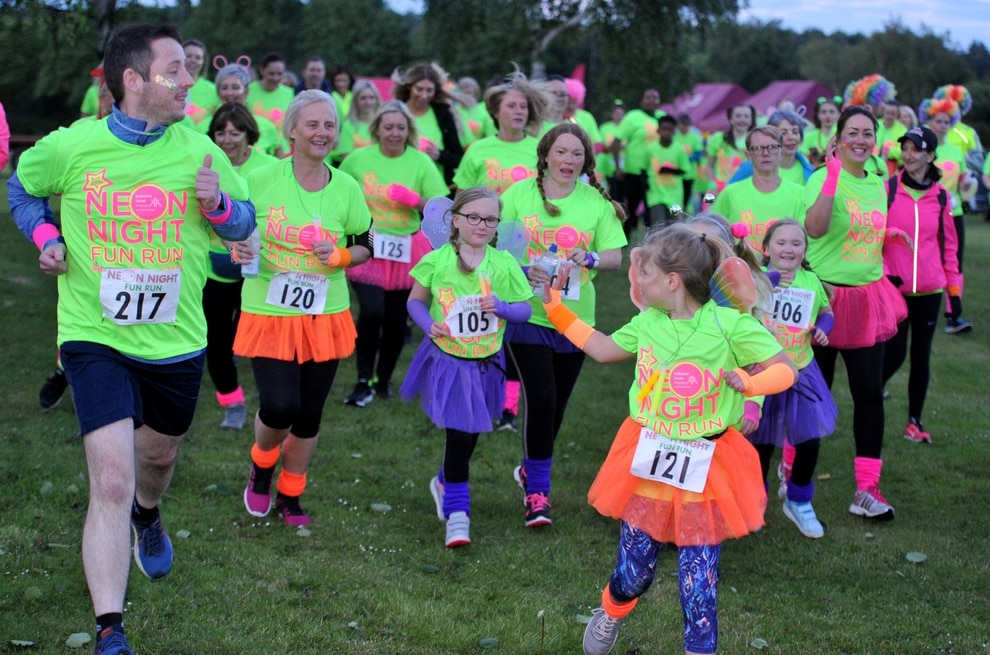 People of all ages took part 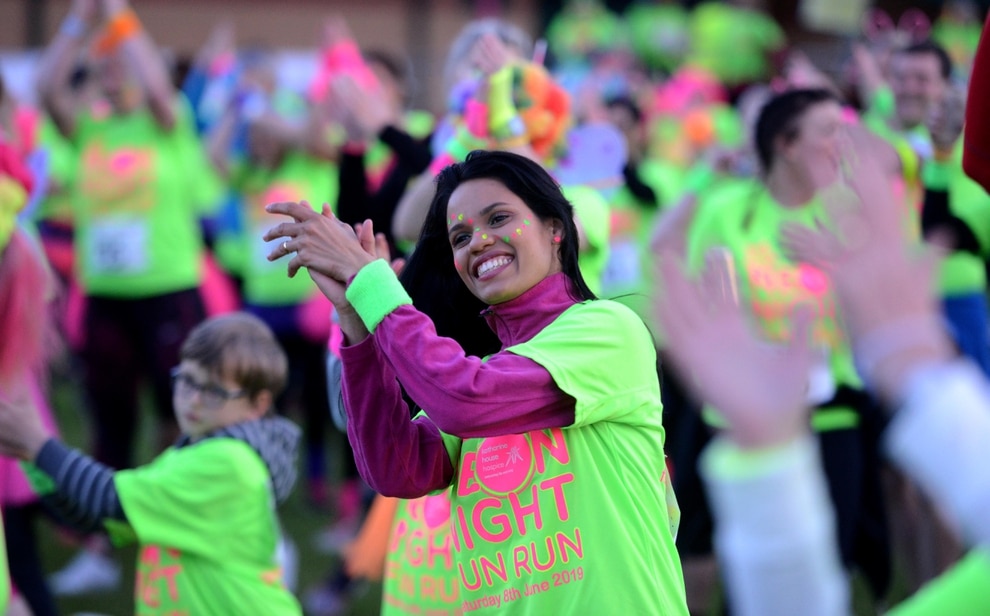 The group warm up 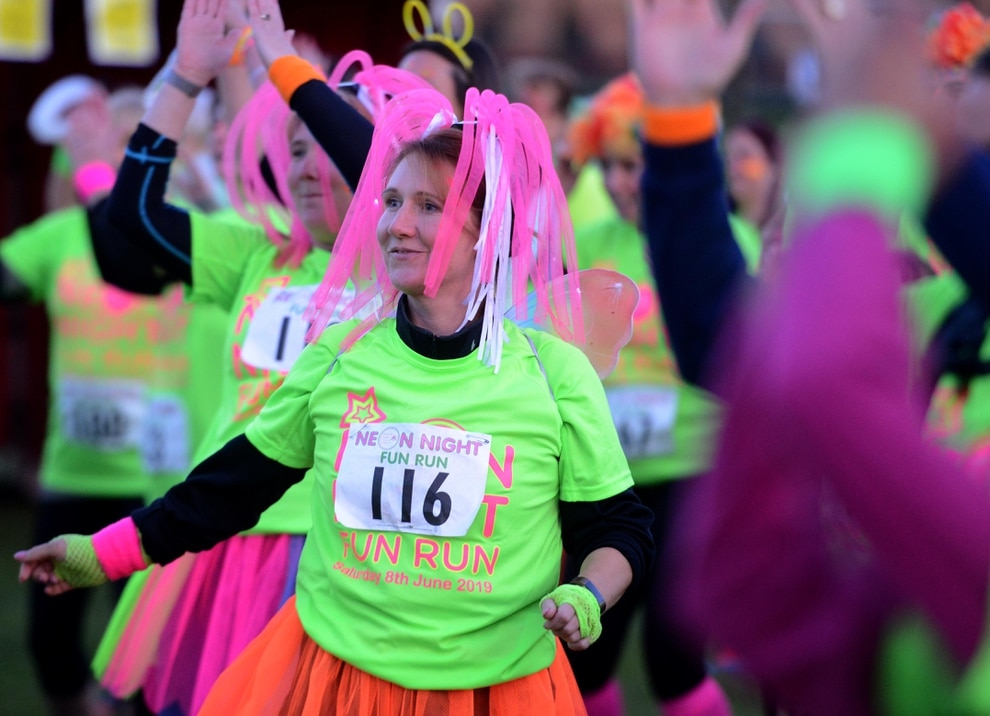 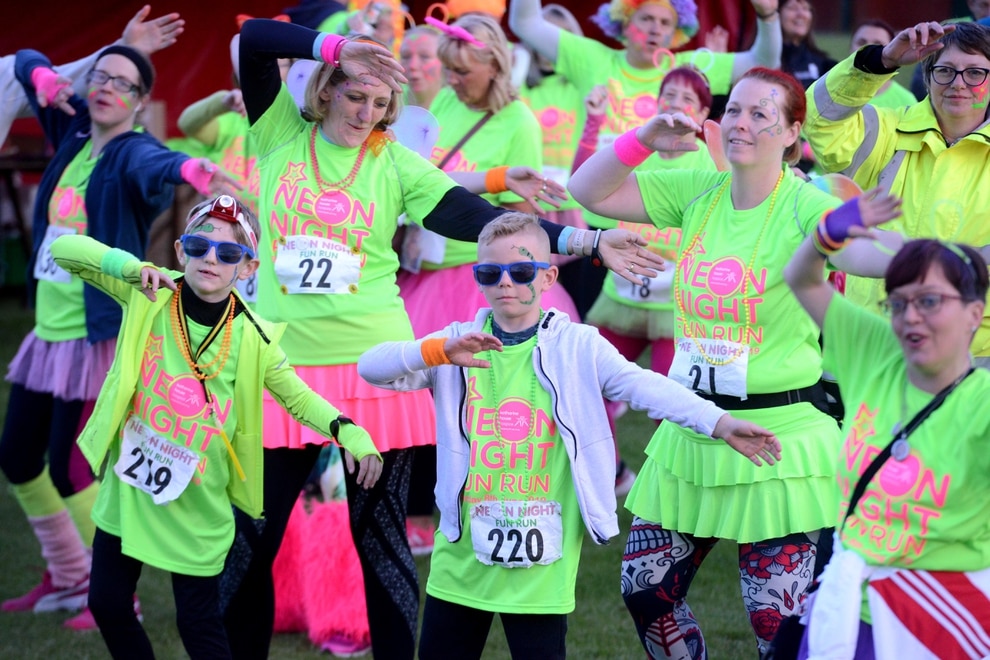 People of all ages donned their brightest outfits for the third Hospice Neon Night Fun Run on Saturday at Beacon Sport and Fitness.

About 210 people took part in the 6km event which included getting splashed with neon paint and a foam pit at the end.

WATCH: Highlights from the event

Lisa Carson, events manager at the hospice, said the amount raised would pay for almost a week's care in the in patients unit.

She added: "Early indications are that we have raised almost £13,000.

"They warmed up at 9pm with a zumba party warm up and had a DJ doing retro grooves, with face painting and prosecco then they set off just as it was getting dark.

"They were wearing wigs, tutus, leg warmers, then half way around the route they were splattered with neon paint and they had to run into a foam pit at the end.

"They then were given a medal and a T-shirt for taking part and most raised sponsorship too.

"It was a really really good night, the atmosphere was absolutely fantastic, there were lots of people doing it in memory of a loved one.

"It couldn't have gone better, the rain stopped in the afternoon too so it was dry for the run.

"It worked out beautifully."

The next event raising funds for the hospice will be 'Walkies in the Woods'.

Dogs and their walkers stroll 5km from Marquis Drive in Cannock Chase, where stalls and a raffle will be set up on the field with an aim to raise £10,000 on July 7.