Work to clear a disused railway track ahead of the opening of a new midland metro line is continuing. 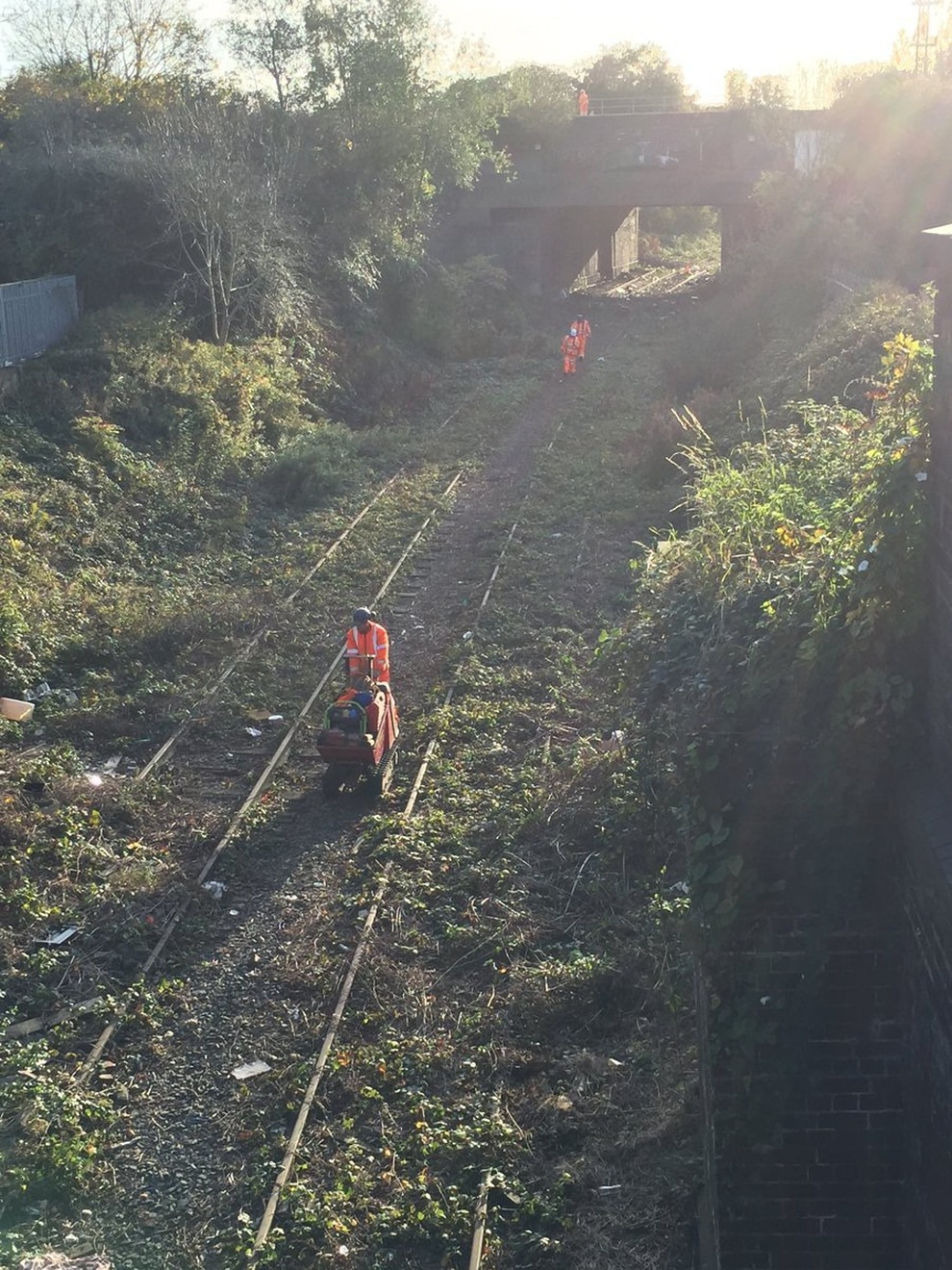 Work on the disused line Work on the disued line

This picture shows contractors for the Midlands Metro Alliance working on a stretch of the former South Staffordshire railway line near Dudley Port railway station.

They are clearing vegetation from the track, last used by passengers in 1965 and officially closed 1993.

The track will form part of the Midland Metro Line from Wednesbury to Brierley Hill.

Work on the tramline will start in 2019 after the scheme was given approval the Transport Secretary Chris Grayling earlier this year.

A Midlands Metro Alliance spokesman said: "The Midland Metro Alliance has been carrying out works in the area since January 2017 including environmental surveys and vegetation clearance.

"This is required as the tramway will operate using different track than the previous heavy rail line."

The £200m line will feature 17 stops between Wednesbury and Brierley Hill town centre - including The Black Country Living Museum, Dudley Zoo and Castle.

The seven-mile route is expected to open to passengers in 2023, with trams operating up to ever six minutes during busy periods.

Trainee Express & Star reporter covering Dudley and Sandwell. Get in touch on 01902 319445 or via luke.bartlett@expressandstar.co.uk.