A Sandwell councillor who shocked a female colleague by offering to take her to a swingers club has dismissed his comments as 'harmless'.

Councillor David Hosell, a former Labour party member who is now standing as an independent in forthcoming elections, made the suggestion in a Twitter exchange with Councillor Joanne Hadley.

The 71 year-old described his remarks as a 'joke' but Councillor Hadley said his comments were ‘sexist’ and she intends report him for a breach of standards if he is re-elected to the council.

Councillor Hosell replied: "Is that where I saw you. You should have come over for a drink. I haven’t had chance to go for a few years is it still a private club.

He added: "It’s for like minded people I believe and licensed. If you want to go I’ll take you."

Councillor Hadley fired back: "I think I will give it a miss I ain’t that desperate."

Is that where I saw you . You should have come over for a drink. I haven’t had chance to go for a few years is it still a private club .

The 56 year-old widow and grandmother said his tweets were totally 'unacceptable'.

"I think it absolutely and utterly disgraceful," she said.

“I am still shocked to be honest.

“I will be raising this with standards committee because I think it’s disgraceful that he is conducting himself like this."

But Councillor Hosell said she had raised the club by name and he had offered to take her and that’s when it ended.

On its website, Chameleons describes itself as a swingers club whose dress code for men is a towel or shorts while women can go 'as sexy as you dare!'

He said he had visited the club many years ago when it was ‘respectable’ and before it launched itself as a place for swingers to meet.

Councillor Hosell, who represents the Newton ward, said: “She mentioned the place and I said I would take her there to open her eyes rather than presume – because I presume she’s never been there.

“But if she wants to complain she can, there is nothing wrong with that.

"I haven’t been in the place for years. I couldn’t afford to go in there. I think it’s about a hundred quid to go in!" 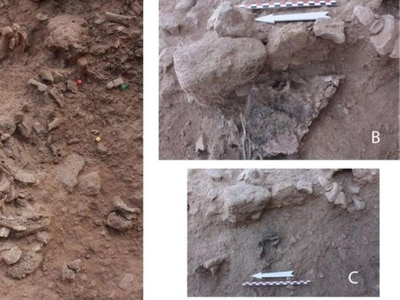