Patients are being put at “catastrophic risk” of harm as a result of ambulance handover delays at the region’s hospitals - with some dying before help reaches them, service bosses have said.

The West Midlands Ambulance Service (WMAS) board of directors heard at a meeting on Wednesday that the amount of time being lost to delays had reached previously unseen levels.

The knock-on effect is that ambulances are not available to respond as quickly to people in need of urgent medical care, which has led to cases of patients dying while waiting for an ambulance.

And Mark Docherty, director of nursing and clinical commissioning, warned that the situation was set to get worse over the coming months as a result of winter pressures.

As a result, the board has taken the unprecedented step of moving handover delays to ‘risk rating 25′ – the highest possible level of risk. It is the first time any risk has been categorised as '25' in the history of WMAS.

Nationally, hospitals in England have now been ordered to “eliminate” ambulance queues outside hospitals after two deaths were linked to handover delays.

The WMAS risk rating shows that the trust believes that patient harm is “almost certain” due to the handover delays.

Mr Docherty said: “Despite everything we are doing by way of mitigation, we know that patients are coming to harm as a result of delays.

“We know that there are patients that are having significant harm and indeed, through our review of learning from deaths, we know that sadly some patients are dying before we get to them.”

Mr Docherty said it was a “completely unacceptable situation”, and additional front-line resources had been deployed in an effort to get to more patients.

He said: “Some of these delays are not just an hour, some of them sadly are multiple hours.

“It’s almost like we are having to change our monitoring systems because some of the monitoring was never built to record delays in excess of 10 hours, for example, but we know there have been quite a number of them in the year to date.

“The impact of a 10-hour handover delay is that the crew going in won’t ever return back to their shift on the road to deal with patients that they would normally have dealt with.

“The number of hours we are losing is going up at a rate where it’s going to continue to cause significant harm – and indeed probably worse harm if it carries on as it is.

“If we follow the trajectory that winter normally follows it’s only going to get worse, and we will lose so many hours in December, January and February that it’s difficult to see how we will be able to respond to some patients in a time-frame that’s acceptable.”

Urging the board to move handover delays to a risk rating of 25, Mr Docherty said: “We know for a fact that we are causing harm to patients and that harm is significant.

“The definition of the '25’ risk, I would advise, is that the harm is almost certain and it’s going to be catastrophic, and I think we are at that place where the board now needs to move that risk to that level.”

Mr Docherty said the number of hours being lost to handover delays in the West Midlands were at times “worse than the rest of the country put together”.

In September alone, 1,375 hours were lost by crews stuck outside the Royal Shrewsbury Hospital, while at the Princess Royal Hospital in Telford the number of lost hours was 768. They contributed to a total of more than 16,000 lost hours across the West Midlands that month.

A separate letter from NHS England bosses to all acute hospitals states that handover delays represent “unacceptable clinical risk” for both for patients waiting in ambulance queues and those in the community whose emergency care is delayed.

“Given current performance and the risk to patient safety, we must however press to identify further solutions to eliminate all handover delays,” it states.

It adds that patients should be considered under the “responsibility” of the hospital from the moment the ambulance arrives.

WMAS deputy chair Wendy Farrington-Chadd said it was “disappointing” that the board was left with no option but to declare the most serious level of risk.

She said: “I do think we should be pushing more for solutions. I know that we are doing, but it just feels that with the acceptance of this risk level it’s almost like it’s beyond our control and that doesn’t feel like the right place for us to be as a board.

“The whole point of risk is that you can in some way manage it, and what we are saying almost by this categorisation is there is no way and nothing else we can do. We need to focus on the solutions in this.

“It’s not acceptable for patients or staff, and I don’t see the long-term solutions that need to happen to change this in the dramatic way that would need to alter that position particularly in the short term.”

Dr Alison Walker, the trust’s medical director, said the welfare of crews caught up in handover delays should also be considered, as well as that of staff in control rooms dealing with callers concerned that an ambulance had not reached them yet.

Dr Walker said: “I think it is worth recognising that patient harms are significant but there are also harms for our staff involved in these delays.”

He said: “If we have student paramedics with people parked outside hospitals then they are not seeing the potential eight cases in a shift that they would normally see.

“I think we have to reflect and review whether or not people are therefore seeing the adequate number of cases in the timescale that they would otherwise to be able to be considered clinically competent when they actually qualify.”

He said: “It’s not ideal, they could have more privacy and dignity, but generally speaking they are safe because they have got a two-person crew with them, they are receiving all the help and support that they need and they are subject to regular triage.

“So the people who are in our care are as safe as they can be in the back of our vehicles with our highly skilled, highly competent crews.

“The big risk here is the people who we can’t get to, because we can’t free up the vehicles from the hospitals to be able to deal with the stack of calls that are waiting for us to send a vehicle to them.” 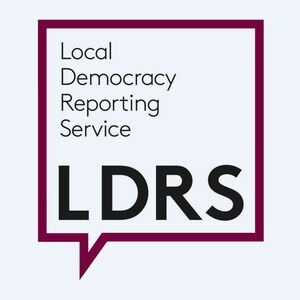 Wolverhampton | 3 hours ago
Sorry, we are not accepting comments on this article.

Doctors let down by Government during Covid-19 pandemic, says BMA

US health secretary tests positive for Covid on Germany trip