A former hotel near Bridgnorth which was burned to the ground in an arson attack has now been transformed into a wedding venue at a cost of £3 million. 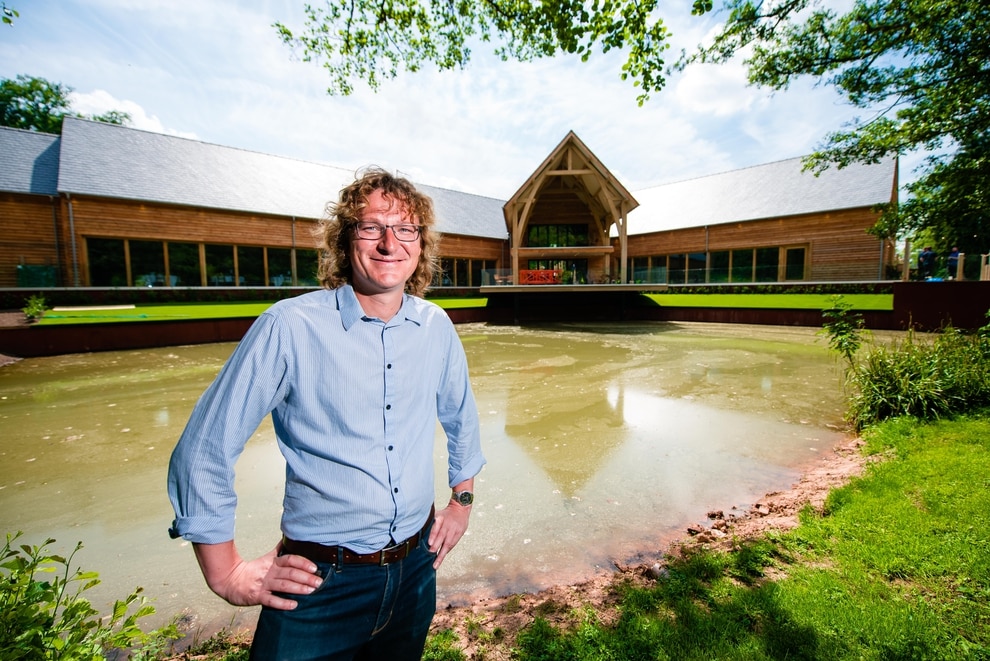 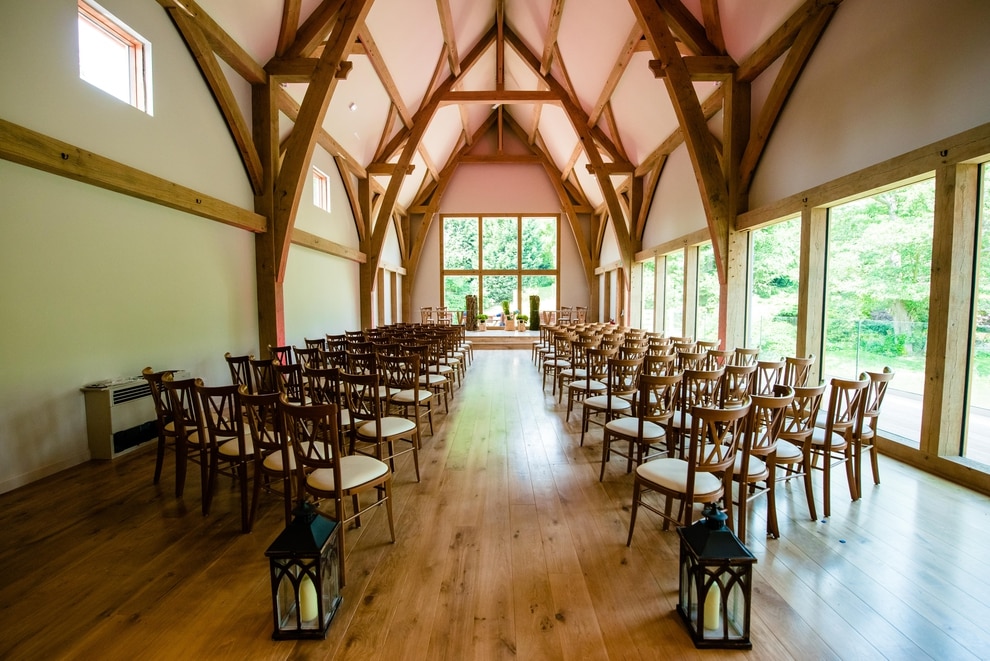 Inside The Mill Barns 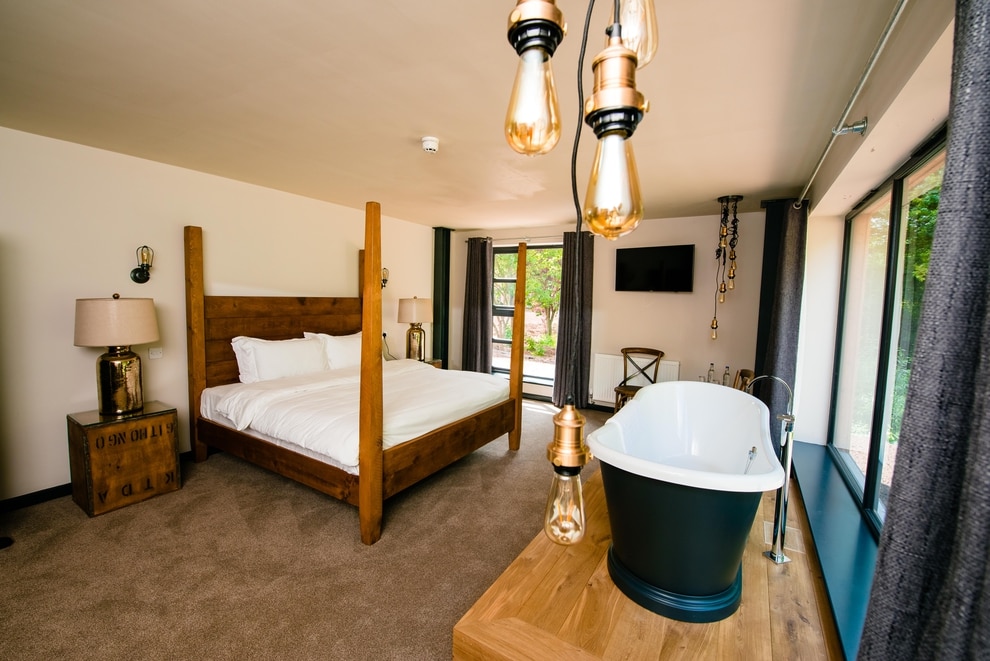 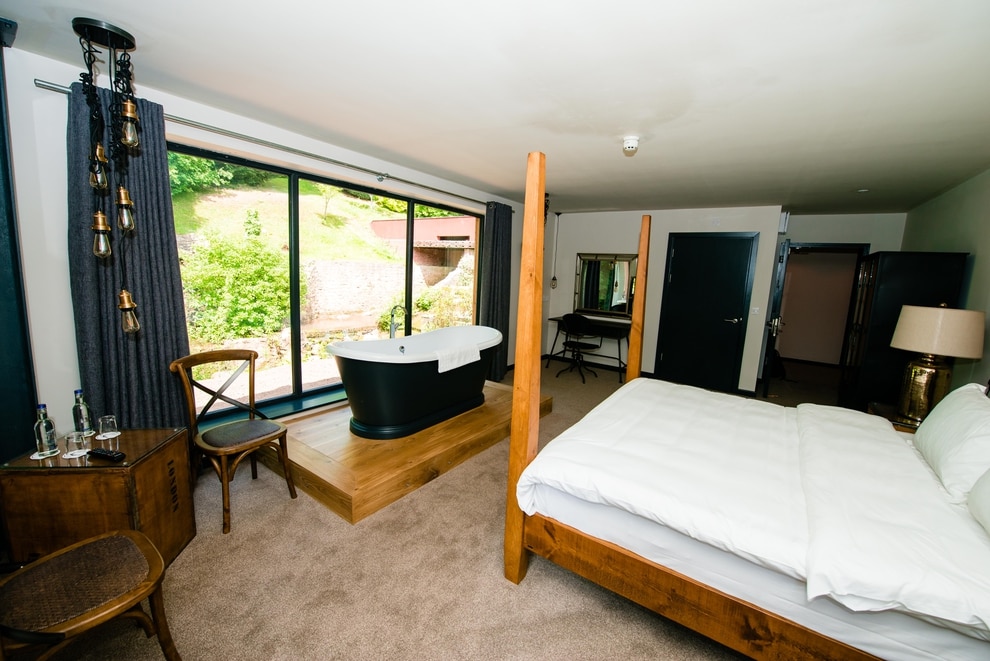 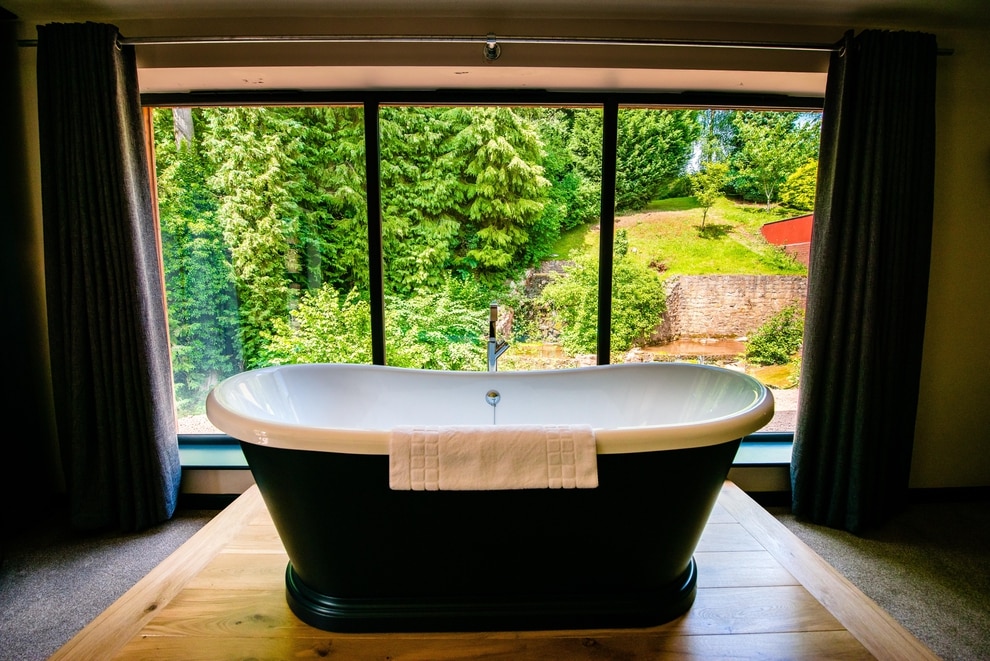 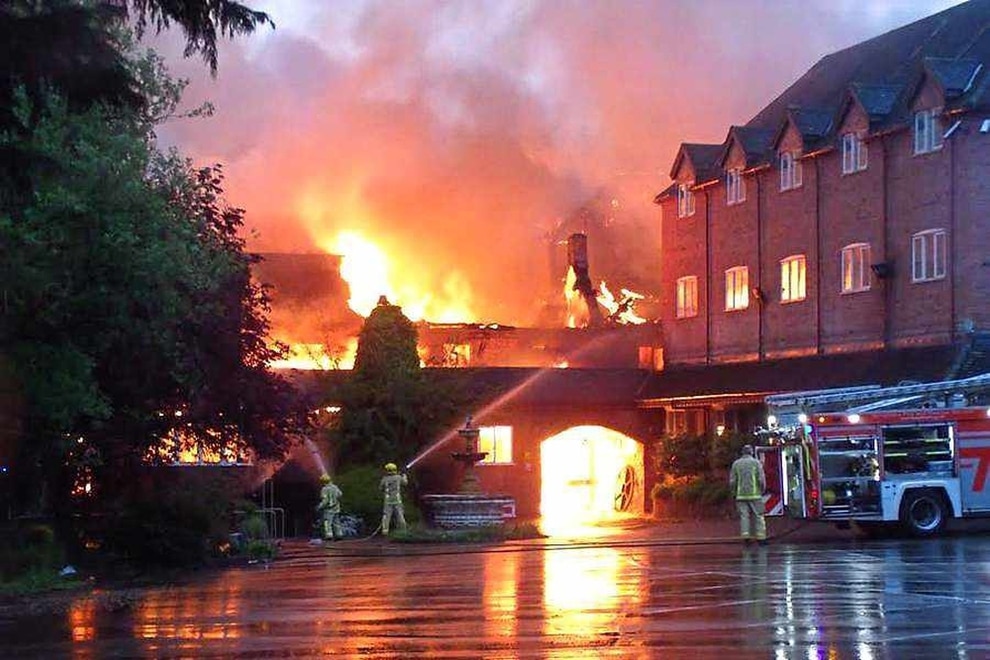 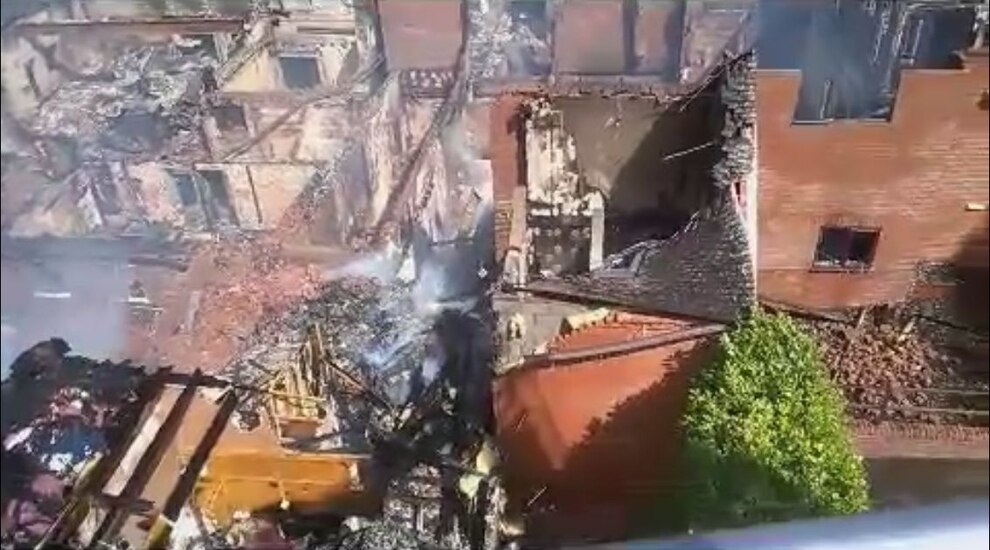 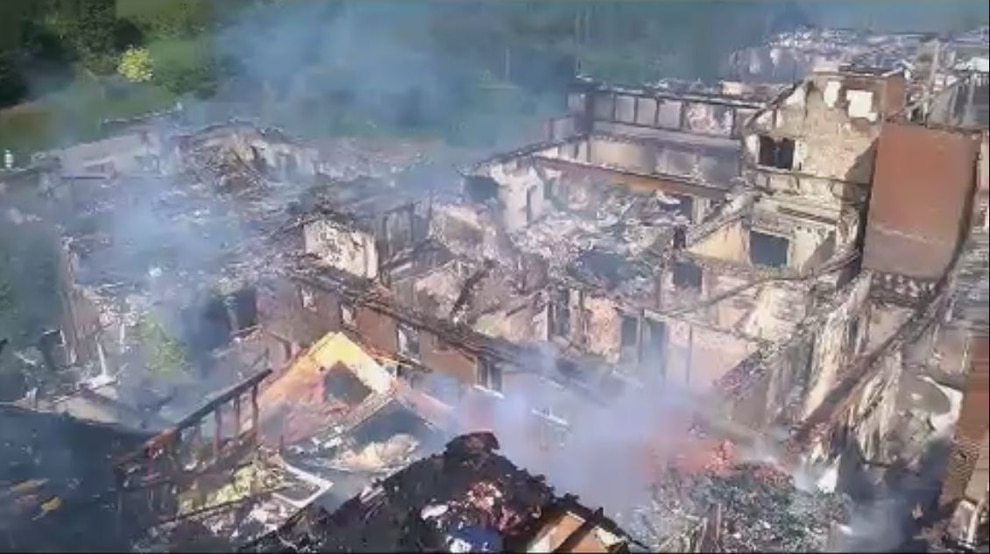 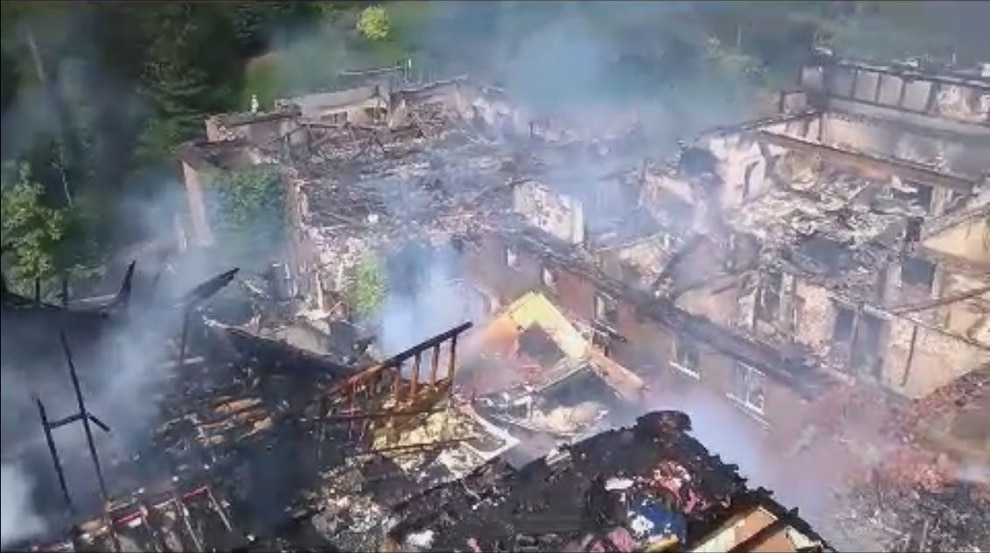 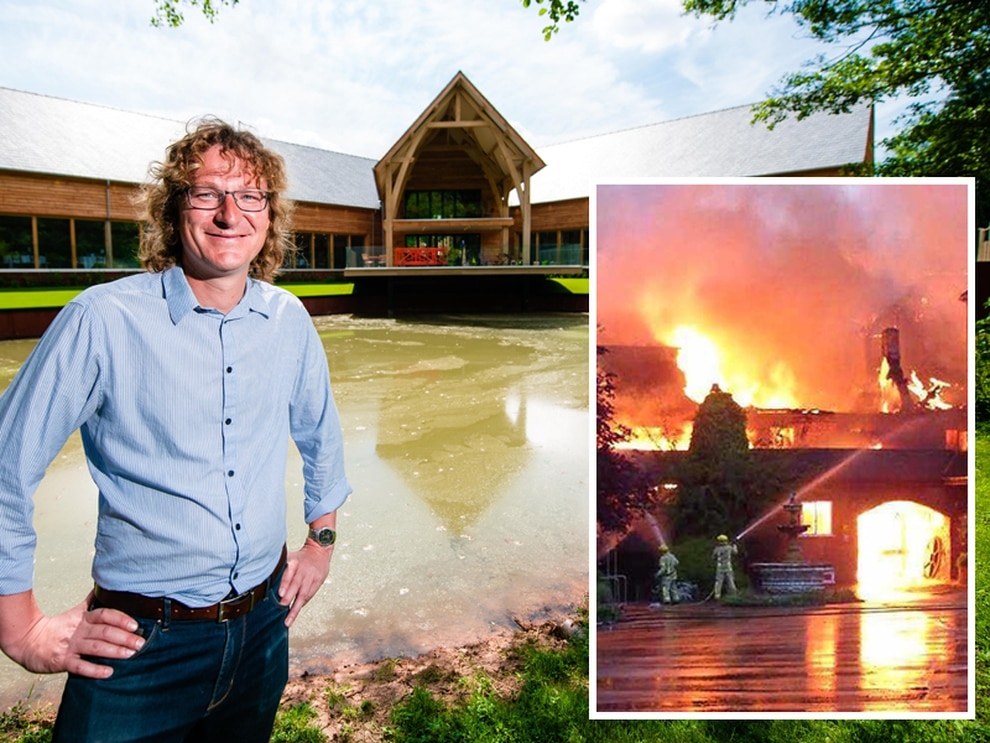 After two years hard work the Mill Barns wedding venue has been built on the site of the Mill Hotel in Alveley.

The hotel was gutted in May 2015, creating one of the biggest blazes firefighters have had to deal with in Shropshire.

Firefighters remained on the scene for four days after the hotel complex was completely destroyed.

The former hotel, which sits within 7.9 acres of land on the A442 Bridgnorth to Kidderminster road, had been left as a shell of its former glory.

Crews continued to dampen down and search for hot spots for days after.

After months of planning and building, the Mill Barns is almost ready for its first couples.

The three single-storey oak-framed barns are proving popular with couples already, with bookings being made up to 2021.

Thousands of visitors will be making their way to see the new wedding venue this week, just as the finishing touches are put in place.

Ben Reeves owns and runs The Mill Barns with his wife Sarah. They also run The Mill Barns,The Ashes Barns in Stoke-on-Trent and Pendrell Hall in Codsall.

Mr Reeves said that people had been travelling from all over the country and as far as London to view the venue.

He said: "The build is right on target and we are holding opening events all this week for couples who have booked their big day with us.

"We held an event on Monday evening which was very exciting and emotional with our first 150 guests, we have around 1,500 people visiting this week which is made up of couples who have booked their big day with us over the coming years and their family.

"The feedback has been incredible as The Mill Barns really came alive, great to see the car park full of cars instead of building vans.

"We are very excited about our first wedding taking place on July 15, our fantastic team are currently completing the last bedrooms and landscaping.

"The venue is a picture-perfect waterside setting and eight acres of stunning gardens, all surrounded by glorious Shropshire countryside make it perfect for a wedding venue.

“It’s something very different, there’s nothing quite like it.

"We've got a very busy summer ahead of us. It's been a very emotional few days and will be for the rest of the week.

"We are also currently recruiting housekeeping staff to join our growing team."

The venue caters for wedding parties of up to 170, plus on-site accommodation for 50 to 60 guests.

Guests will arrive and be directed to the have pre-ceremony refreshments in one building, called Mill Stone Barn, then move to another, Mill Wheel Barn, for the ceremony, before returning once more the reception building.

Food would be served in another building, Mill Pond Barn, as well as post-dinner entertainment confined to it.

About 50 jobs will be created at the venue.

Mr Reeves said The Mill Barns will considerably decrease the volume of traffic in the surrounding area compared to its previous use.

Before it was destroyed, the previous hotel, which overlooked picturesque gardens and a pool, dated back to the 16th century and was popular with couples tying the knot from across the Midlands.

Staff were left locked out and couples faced a battle over wedding deposits.

For more information about the Mill Barns visit themillbarns-venue.co.uk

50 new jobs in plans for Aldi store in Pelsall 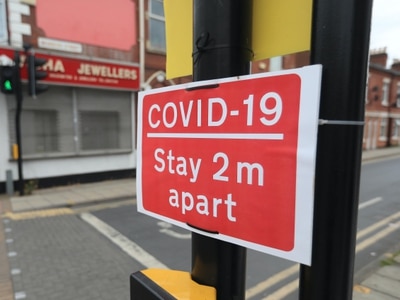