How the darkest corners of the West Midlands have become a canvas for a creative group of stargazers.

There’s something slightly extraterrestrial about Andy May’s artworks – but that feels fairly appropriate given that they all stemmed from stargazing missions.

Now he and his friends spend their spare time heading into the darkest corners of the West Midlands not just to capture the sky at night, but to create these remarkable light paintings.

“I’ve only had a camera for two-and-a-half to three years,” says 44-year-old Andy.

“I bought it because I wanted to photograph stars, but that is quite weather dependant.

“We would go out there, only to find that it was cloudy, so we’d be stuck in a field doing nothing.”

Instead of twiddling his thumbs Andy, along with friends Stuart Hirons and Laura Davis, began to use the long exposures on their cameras to create paintings from light, with dark spots in the Shropshire Hills and around Kinver Edge regularly providing their canvas.

With the camera poised to capture an image over the course of several seconds, they would whirl around torches, meaning that when they shutter snaps closed, they would be left with what looks like an alien orb of light.

And as their ability has grown, so has their ambition. They can create human bodies by shooting beams of light over themselves, and sometimes use fire to create a different effect on the images.

“It’s got to a point where we are constantly looking for dark places, as any light in the background will tend to blend into our pictures,” adds Andy.

“A lot of it is about looking through Instagram for things that look cool.

“Sometimes it can be something really simple, like a single green light in the dark, whereas at other times it can be lots going on, like sparks and buildings lighting up.”

The light paintings have grown in popularity to the point that the group now take other people out to their dark spots to show them how the paintings are created.

“It’s just a hobby really, we do it for free, and all the meetings we put on are free,” adds Andy, who lives in Birmingham.

“We have done Clee Hill, a little chapel at Kinver Edge.

“I had just been doing it on my own but was contacted by a couple of people via Instagram, and that’s how things started. There were six of us at one point, but people ended up moving away.”

However, the hobby isn’t without its risks.

“I’ve come close to setting myself on fire before,” laughs Andy.

“I was trying to draw an Elvis with fire lighters, and it wouldn’t go out when I finished, let’s just say that.

“Some of the places have been old quarries, and for one set of pictures we went behind a waterfall in Wales in the middle of the night.

“The camera was left on the riverside and we were just behind the waterfall.”

WIN: The chance to meet Alfie Boe and Michael Ball plus tickets to their Birmingham show

Tears For Fears talks ahead of their gig at Arena Birmingham

Friends reunion: What the stars have been up to 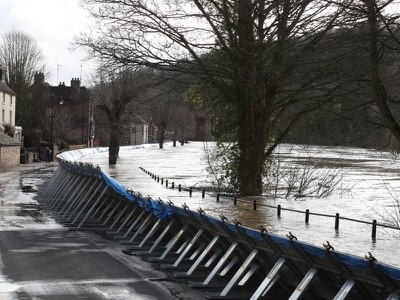