Wolves began the season with a win as Leo Bonatini's debut goal gave them a 1-0 victory over Middlesbrough. 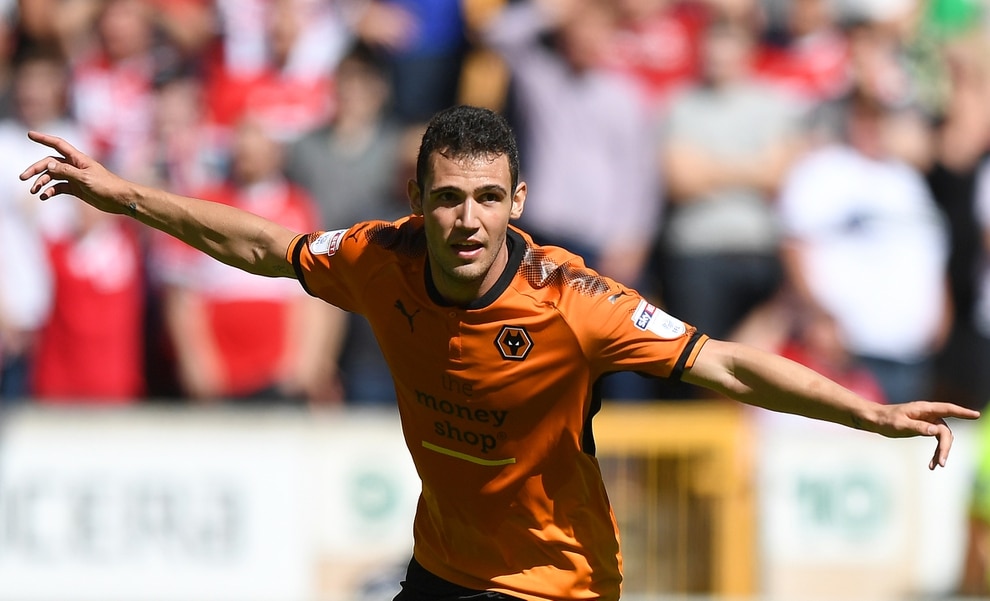 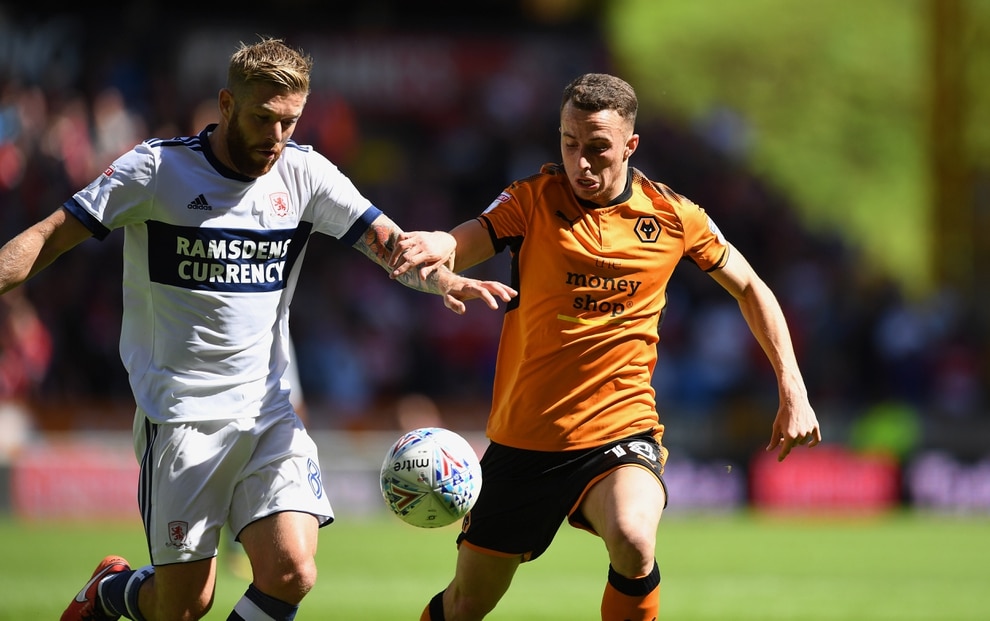 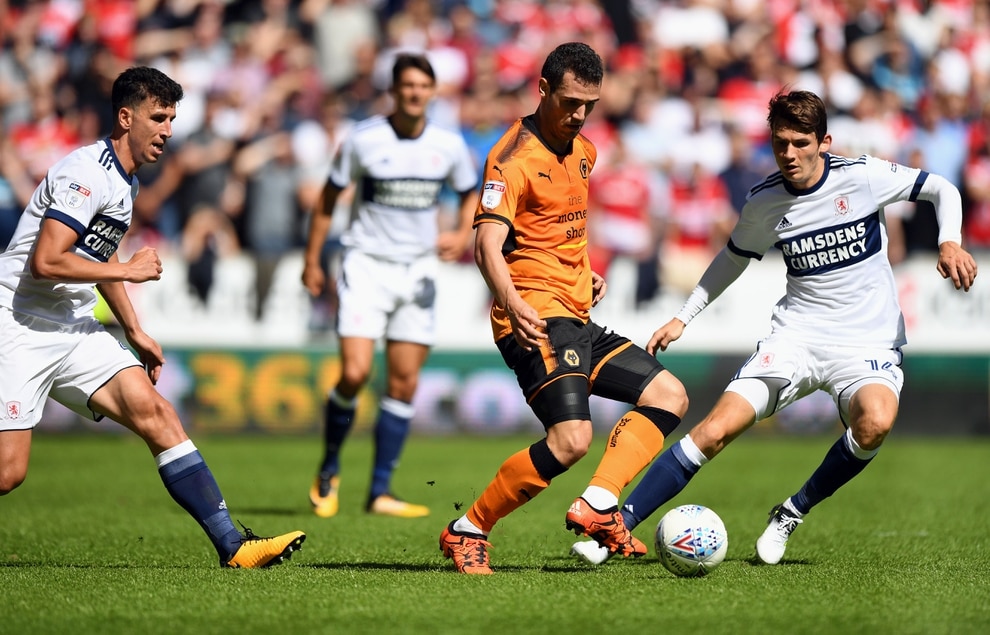 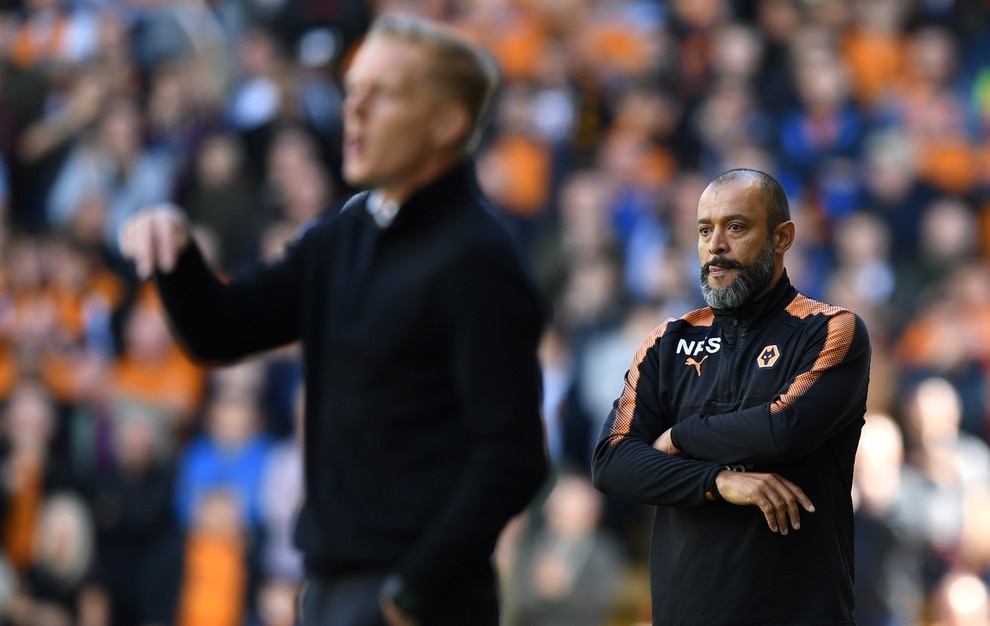 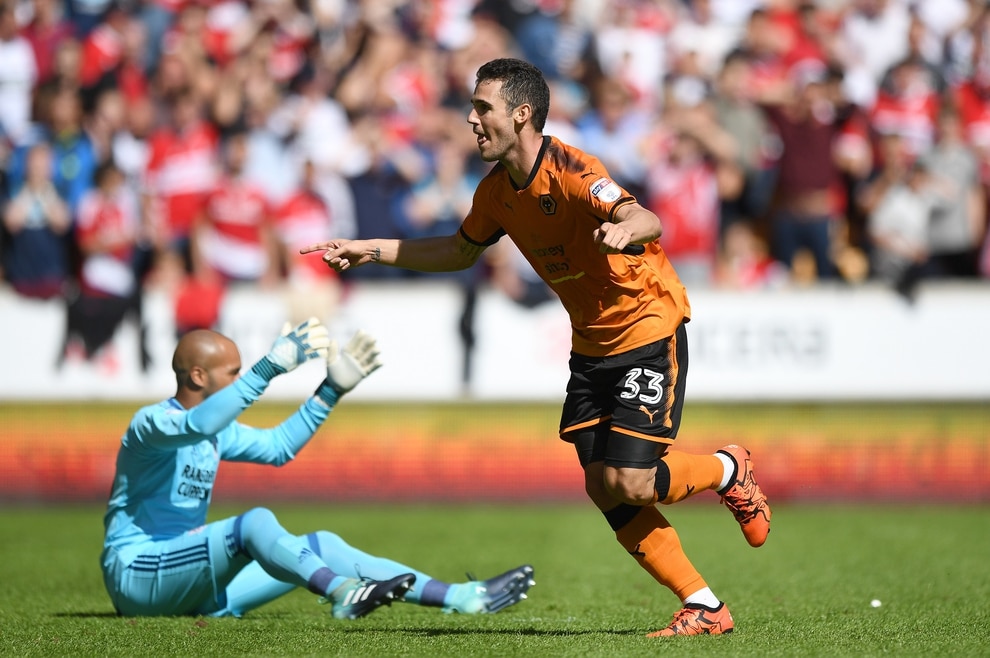 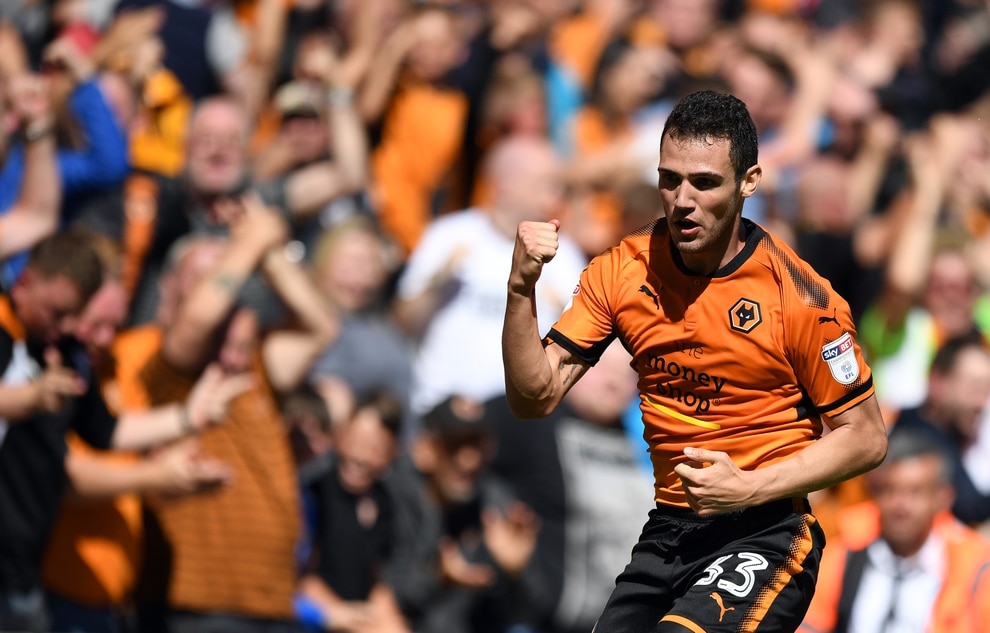 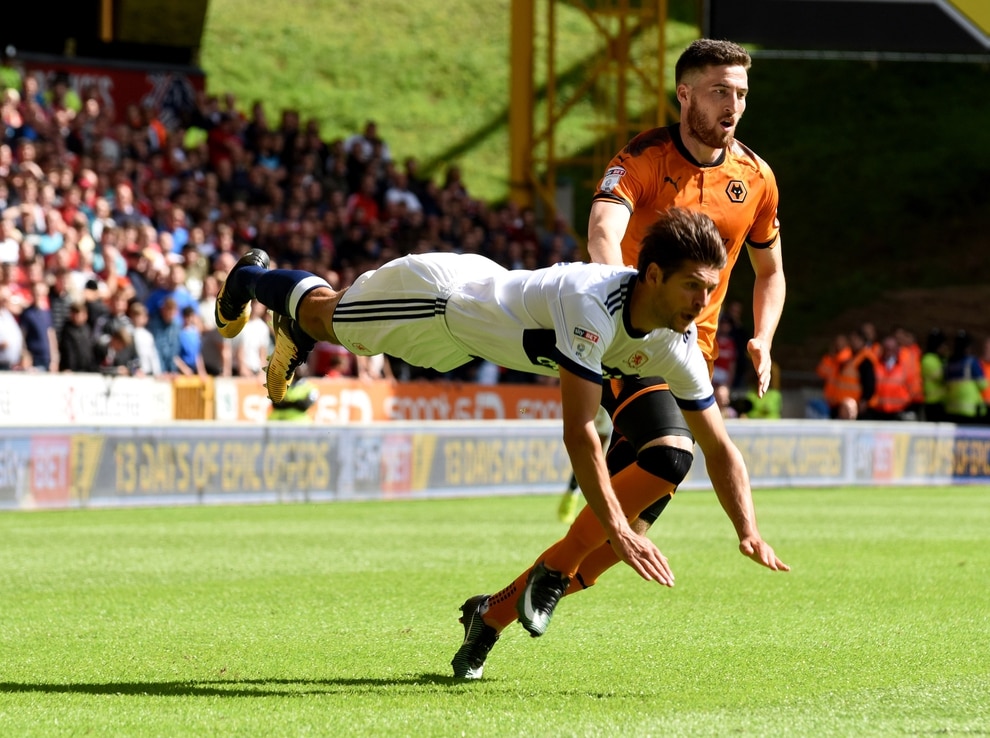 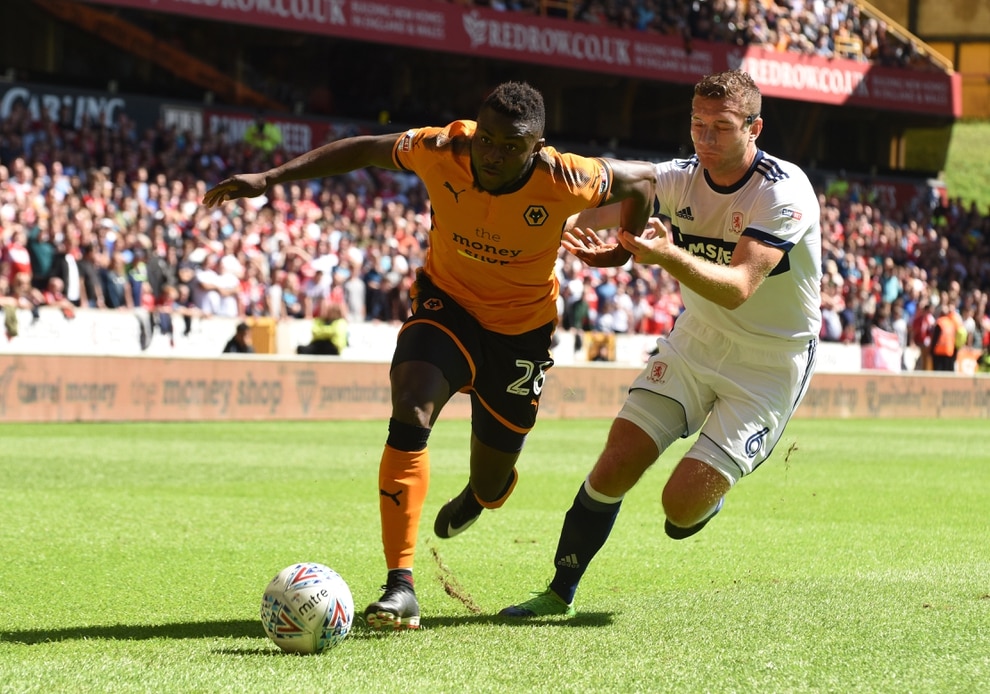 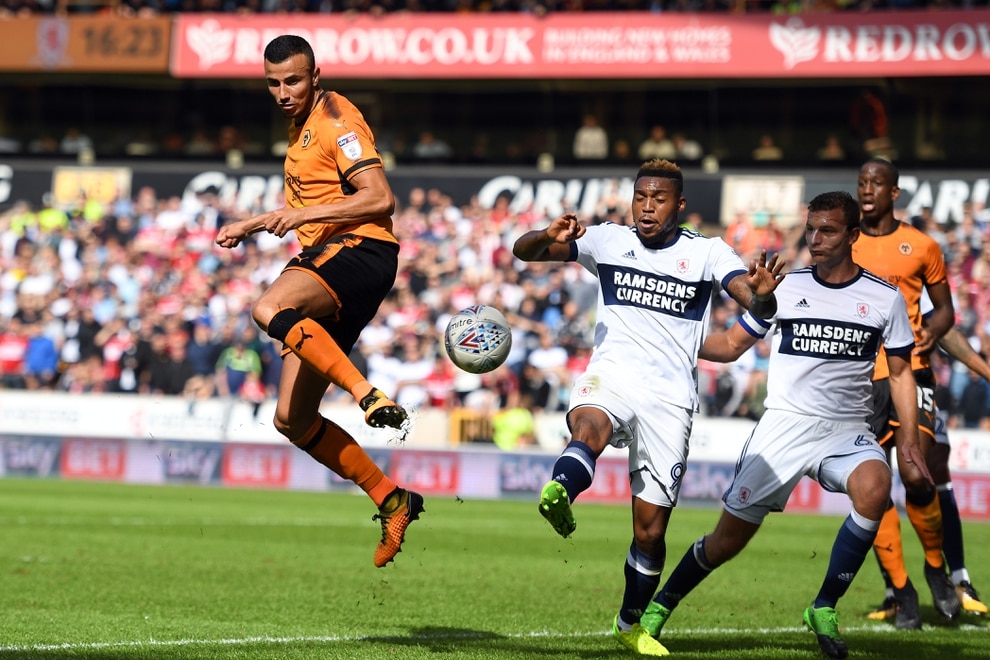 Bonatini – one of seven debutants – gave Wolves the lead just after the half hour mark when he latched onto Daniel Ayala's dreadful pass and netted from just inside the box.

Boro twice went close through Martin Braithwate and Britt Assombalonga, with John Ruddy making an excellent save from the latter.

But despite a jittery final 20 minutes Wolves saw it through as Nuno Espirito Santo made the perfect start.

An opening-day win, a clean sheet, a debut goal and all watched by the fourth biggest attendance since Molineux was rebuilt....not a bad start Nuno.

In years to come this won't be one for the 'classic match' files, writes Tim Spiers at Molineux.

But you never know, it might just be remembered as the start of something special. It's too early to tell if Nuno and his many new signings will bring success to a club that craves it so much. Optimism is certainly not in short supply in WV1 though. Almost 30,000 very excited supporters are dreaming of a return to the big time – and after beating the team many expect to win the league this year, why shouldn't they.

Wolves were solid if unspectacular here, efficient not exuberant. These are traits we should come to expect from a Nuno team (he possessed the best defence in the league as Valencia and Porto boss).

They're also traits that Wolves have too often lacked since they returned to the Championship in 2014. But with organisation and discipline at the back and a dash of creativity up top, Wolves managed to see this one through despite Boro spurning two excellent chances.

And it all meant that while Wolves ended last season with the same scoreline, against Preston, the expectations and hope among the Molineux hordes is far greater.

It was a team that showed eight changes from the line-up that finished last season in May – Romain Saiss, Bright Enobakhare and captain Conor Coady being the only constants.

With so many changes and debutants for both teams it wasn't a surprise that the opening half an hour was pretty cagey with the two sides playing their way into the game.

Chances were at a premium although Wolves arguably played the better football, albeit with too many misplaced passes.

A fussy referee didn't help the flow of the game with a number of petty free kicks irking both sets of supporters.

Then on 33 minutes, out of the blue, came the breakthrough. An horrendous pass from Daniel Ayala across his own back line went straight to Bonatini who kept his cool and slotted past Darren Randolph to send a packed Molineux potty.

The feverish atmosphere went through the roof with Nuno's name being sung loudly from all four corners.

Boro should have levelled just before half time but £9million Danish international Martin Braithwaite headed wide from eight yards, completely unmarked, with a Ruddy starfish jump putting him off.

And that was half time. A fairly uneventful 45 minutes between what looked like two evenly-matched sides.

It was Wolves who started the better after the break in search of a second goal. Enobakhare dazzled his way past two defenders and sidefooted goalwards with Randolph making a diving save.

Then Bonatini was played beyond the Boro back line by a gorgeous Saiss pass but couldn't then pick out Jota.

Nouha Dicko entered the fray, replacing Bonatini who is short of match sharpness. The goalscoring debutant received a great ovation as he left the field from a buoyant home crowd.

Boro, who had been surprisingly lacklustre, began to improve and twice Ruddy had to deny Assombalonga – once in dubious circumstances with loud claims he had handled outside the box as he blocked a bouncing through ball, and once with a superb save from the striker's close-range shot.

Wolves' lead was now looking fragile and Boro were enjoying far more possession in the Wolves third of the field.

Nuno reacted by sending on David Edwards for Enobakhare in a bid to shore things up, then Jordan Graham came on for Jota.

But Wolves began to sit deeper and Boro ramped up the pressure. Cyrus Christie went on a mazy run which ended with a lashed shot over the bar and there were hearts in mouths from a few throws and crosses in the final minutes.

They saw out four minutes of injury time with conceding a chance and the roar at full time was deafening.

33 - GOAL - Daniel Ayala plays an horrendous pass straight to Leo Bonatini who advances into the box, keeps his cool and slots past the keeper.

44 - Boro's Martin Braithwaite sends a free header wide of the post when it looked easier to score.

66 - Britt Assombalonga gets in behind the Wolves defence – John Ruddy is out of his box to block the bouncing ball. Boro appeal for handball but the ref says no.