Former Walsall defender Scott Laird believes the club are ‘lucky’ to have manager Darrell Clarke at the helm – tipping him to be a success in the Black Country.

Clarke’s first season with the Saddlers was cut short due to the coronavirus pandemic, as they finished 12th in League Two.

The 42-year-old had a mixed bag of results throughout the campaign, but turned a corner with the club’s form in 2020 and former Walsall player Laird has reason to believe that Clarke’s tenure will be a triumph.

“I played against him when he was a player at Salisbury and then against them when he was manager,” Laird said.

“I played against him when he was at Bristol Rovers too.

“He’s a good manager, down to earth, young and driven.

“Darrell has done really well at every club he’s been at so he can be successful at Walsall.

“Walsall are lucky to have him and I hope they can do really well in the years to come.”

Meanwhile, former Walsall captain Andy Butler echoed Laird’s comments – insisting that the Saddlers have the right manager and board in charge to mount a promotion bid next season.

“They were unfortunate to go down to League Two but I believe they have the right guy in charge who is a good manager,” Butler said.

“It will be positive for Walsall next season.” 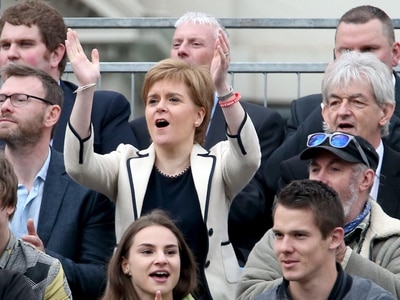