Nigel Hastilow: Enoch Powell's legacy much more than one speech – of course he should have a plaque

Should Enoch Powell have a blue plaque in Wolverhampton? Express & Star columnist Nigel Hastilow has had his say. And you can join the thousands by sharing your views. Vote at expressandstar.com

If you were to stand outside number 30, Dean Street, in London’s Soho, you would see a blue plaque commemorating a man whose philosophy is responsible for the deaths of countless millions of people.

He wasn't necessarily the most evil man who ever lived but his ideas gave rise to pure evil on a global scale.

The plaque in question commemorates the fact that Karl Marx lived there from 1851 to 1856 while he was writing the first volume of ‘Das Kapital’, the book which gave the world the wicked plague of Communism.

Should Enoch Powell have a blue plaque in Wolverhampton? Vote in our poll below

Without Marx, we would not have had the terrifying mass murders perpetrated in his name – estimated at 20 to 70 million dead in Russia under Stalin, China under Chairman Mao and Cambodia under Pol Pot alone.

Numerous more people have died under Communist regimes across the world (though that still doesn't stop some prominent politicians like Labour Shadow Chancellor John McDonnell from advocating Marxism even now).

So why, you may ask, should English Heritage, no less, put up a plaque on a house in Soho to celebrate the fact that Marx lived in it for a few years.

The answer is that, however despicable the crimes committed in his name, Karl Marx is without doubt an important historical figure. Without him, the world would be a different place.

Naturally, the plaque is somewhat controversial. English Heritage originally fixed one to a different building – Marx’s last address in London, where he lived from 1875 to his death in 1883.

However, some people weren’t happy with the arrangement. It seems, according to English Heritage, that ‘the first plaque to Marx was erected in 1935. However, the plaque and its replacement were both vandalised soon after installation, and the owner of the house declined a third.’

You can't really blame them for getting a bit fed up with the vandalism and if there were to be a blue plaque put up in Wolverhampton to commemorate Enoch Powell there would also be a risk that it would be defaced.

Some lefties who enjoy causing trouble would doubtless be up in arms at the prospect of a plaque to Powell. They might arm themselves with pots of paint to make their point.

But that is no reason why we should be afraid of commemorating the fact that Wolverhampton was the home for many years of one of the most important British politicians of the 20th century.

Some people will complain that such a plaque commemorates racism because Powell is, as we know, most notorious for his infamous ‘Rivers of Blood’ speech which he gave 50 years ago.

But his significance is much more than one speech. Erudite, scholarly, a poet and philosopher, a brigadier in the army during the war and a prominent politician, there is much to celebrate in Powell’s life and work.

I suspect he wasn't a very friendly chap. He was too much a fiercely logical intellectual for that. When he was asked by the House of Commons barber how he would like his hair cut, he said: ‘In silence.’

He was also, by his own lights, a failure. He hoped variously to become a general, Viceroy of India and Prime Minister, none of which he achieved.

Even so, he was MP for Wolverhampton South West for 24 years and rose to become a Cabinet Minister.

And it is difficult to say he was a racist, given that he made an emotional plea for racial equality during a Commons debate in 1959 after 11 Mau Mau were killed at a camp in Kenya and another MP had called them as ‘sub-human’.

His reputation for racism is, of course, based on that notorious speech about immigration. Certainly, much of what he said was scarcely acceptable then and is wholly unacceptable now.

It had the unfortunate consequence of shutting down all political discussion about immigration for decades because it blurred the distinction between concern over immigration and racism.

Yet the fact the ‘Express & Star’ held a debate about the speech last weekend shows how significant it was to the political climate of the last 50 years.

As a parliamentarian, there were few to match him and he was not prepared to bend with the wind which is why he became the first Conservative politician to oppose Britain’s entry into the Common Market.

He warned Britain was in danger of becoming ‘one province in a new European superstate under institutions which know nothing of the political rights and liberties that we have so long taken for granted’.

Enoch Powell fought to maintain our freedoms and became one of the towering figure of the 20th century. Would anyone seriously deny such a significant politician a little blue plaque marking his links to Wolverhampton?

If Karl Marx can have one, Enoch Powell certainly deserves the same treatment. 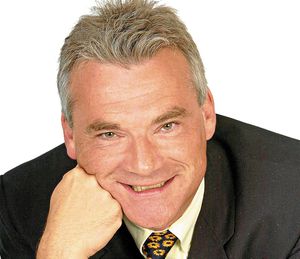 Three-bedroom Bilston house on the market for £36,500 - but it's a fixer-upper

Refugee choir representing more than 30 countries to perform at Glastonbury

Climate club: How Germany hopes to keep G7 leaders’ focus on the environment