Hundreds of young people turned out to hear his version of a musical, non-traditional gospel.

Hundreds of young people turned out to hear his version of a musical, non-traditional gospel on Saturday morning.

Accompanied by his wife, Kim Kardashian, and two of his children, North and Saint, he arrived on the last day of their Homecoming week and performed on the university’s lawn.

Student Kennedy Shelton, 21, told the PA news agency: “It was exciting yet conflicting considering his political ideas don’t line up with mine, but the service was good and I think the spirituality of the moment transcended any politics or personal opinions.”

“Howard University is an unpredictable school so when they announced that he was coming I couldn’t pass it up.

“The choir in his Sunday Service is really amazing it gave me chills honestly and it was great vibes and I enjoyed listening to the music and words of God.

“He talked about how God has brought his sanity and clarity back to him and how he started doing Sunday Service to get closer to God.

“He didn’t really speak much it was more so about the music and just feeling the words of the gospel songs.

“Kim Kardashian was there with Saint and North and they had two gentlemen come to speak about how Kim has helped them get out of prison and they now have their lives back on track.”

However, not everyone enjoyed his performance.

Howard University professor Keneshia Grant wrote on Twitter: “This Kanye church thing makes me uncomfortable. There, I said it.”

Chair of the Howard University department of Afro-American studies Greg Carr added: “If @kanyewest is indeed at #HowardU this morning, send him to the third floor of Founder’s Library after he’s done. I have some books for him.”

The rapper caused an outcry last year when he appeared on gossip website TMZ’s TV show saying: “When you hear about slavery for 400 years… For 400 years? That sounds like a choice.”

But in a new interview with the New York Times he clarified his comments, saying: “I said the idea of sitting in something for 400 years sounds – sounds – like a choice to me, I never said it’s a choice.”

Florida police called after parrot screams ‘Let me out’ 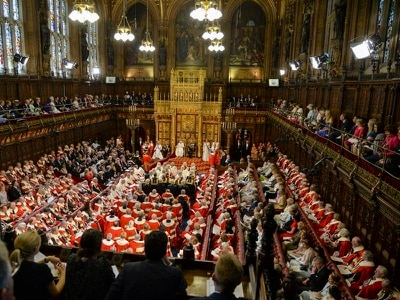