It’s back for 2023! Our successful Cash For Schools competition is returning for another year, giving pupils and teachers a chance to win a share of £12,000.

Last year one of our winners was a new school in Hednesford, which has used the funds to create a library for its growing cohort of pupils.

Poppyfield Primary Academy opened its doors in 2019 to children in nursery and reception, with a library filled with books aimed at the four and five-year-olds.

However, as the school continued to grow there were calls for a new library for the older children – and this has now been made possible thanks to the Express & Star’s Cash For Schools competition.

The school took part in our competition which saw them win £1,000 to spend on a project or initiative of their choice.

The new library includes a collection of fiction and non-fiction books, table space for group work and comfortable seating. Headteacher Rebecca Scordis said: “We are a new school and our original library was aimed at infants. As we are a two-storey school we have used the Cash For Schools money to create a library for the key stage two children upstairs.

“The new library is next to a window and so we have created a window seat overlooking our extensive grounds. There is shelving for books, table space for group work as well as beanbags and cushions for the floor.

“The new library has a green and blue colour scheme, as the whole school has a green theme running through it and our school uniform is blue.”

This year the competition is being sponsored by Dudley Building Society in association with KUKA, a global automation corporation.

Both are looking forward to hearing what each school would spend the money on. Rebecca said everyone at Poppyfield Primary Academy was excited to find out they had won the competition, which is open to schools of all sizes.

“Being a small school we don’t usually get involved in competitions as we don’t stand a chance against bigger schools,” she said.

“However, the Cash For Schools competition is set up so that we have just as much chance of winning – and when we found out about it we thought ‘we can do this’.

Families got on board and by winning it has meant the library project, which we planned to create over a number of years, could be started straight away.”

Martin Wright, editor-in-chief at the Express & Star said: “It was wonderful to hear that Poppyfield Primary Academy has used the money on a new library for the older children.

“Being a new school we understand the challenges they face as the number of pupils continues to grow each year. We are pleased that our competition has helped the school buy the books and equipment needed for its new library.

“One reason our Cash For Schools competition is so popular is that every school has an equal chance of winning. The prizes are awarded based on the schools that have collected the most tokens per pupil – so smaller schools have the same chance as larger ones.

“As we can see with Poppyfields Primary Academy, even smaller schools have a chance of winning in our Cash For Schools competition, especially when they have the support of the pupils’ families and friends.”

To be in with a chance of winning don’t forget to register your school by Friday, February 10.

All participating schools will be featured in the Express & Star on Wednesday March 1, along with the first token 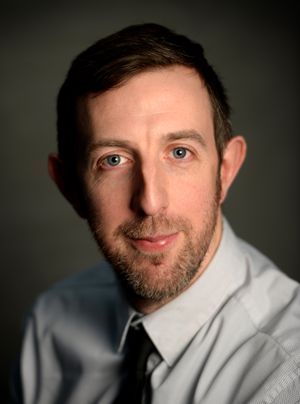 Teenager rushed to hospital after being stabbed in West Bromwich

Further 1,500 patients of breast surgeon Ian Paterson to be recalled

Man in 70s dies in house fire in Oldbury

Wolverhampton MP fears for safety of staff and family after torrent of abuse, threats and harassment

Cost of living | 7 hours ago

Peter Rhodes on stuck sofas, a double-edged diagnosis and a manifesto pledge to win over Terry and June

Star comment: A government on its last legs is not an easy one to lead

Teenager rushed to hospital after being stabbed in West Bromwich

‘I should have saved them’ – young witness tells double murder trial

Russian journalist sentenced for speaking out on Ukraine