Show me the way to... Wolverhampton! Tony Christie takes a tour through the city ahead of theatre performance

Nevermind Amarillo, show me the way to Wolverhampton! 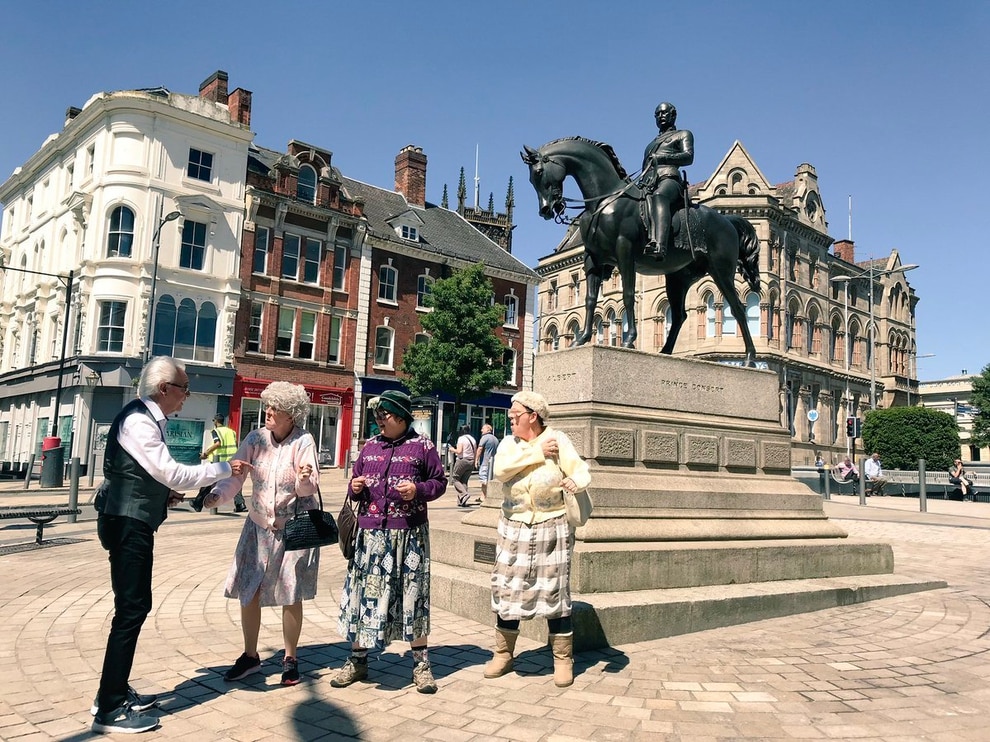 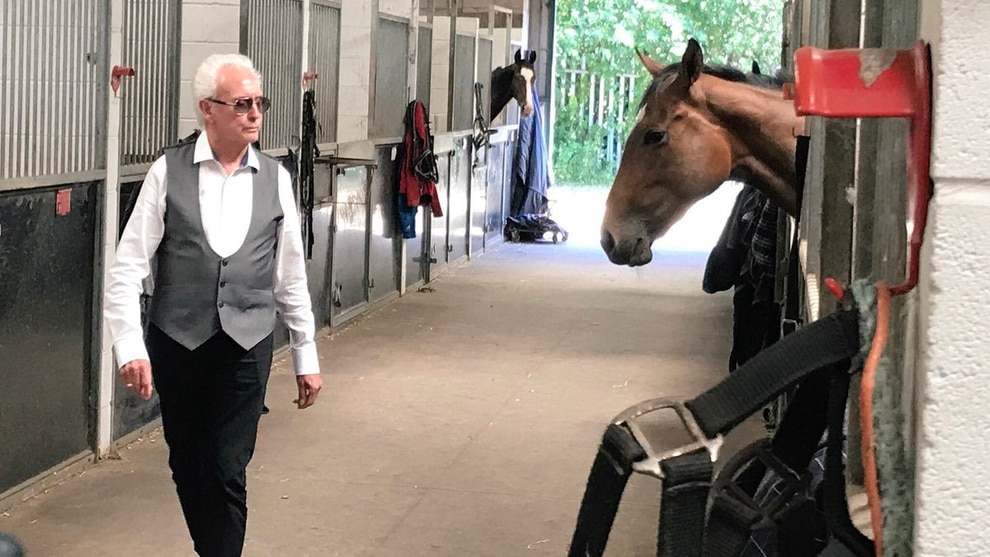 Neigh, it’s not this way! Tony pops by Wolverhampton Racecourse on his way 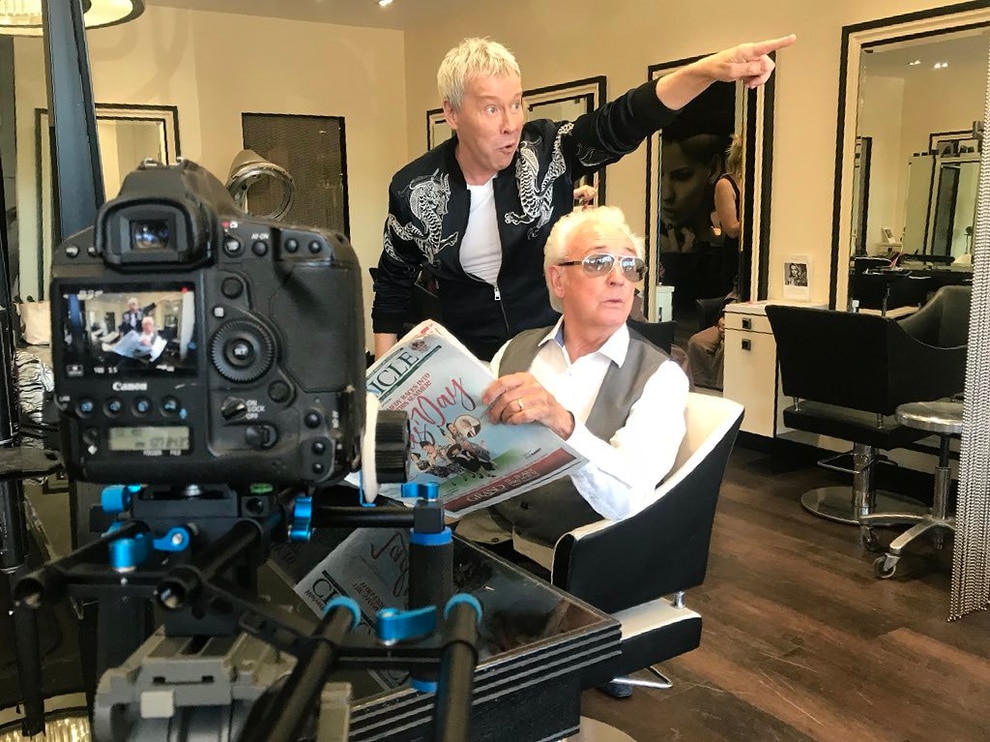 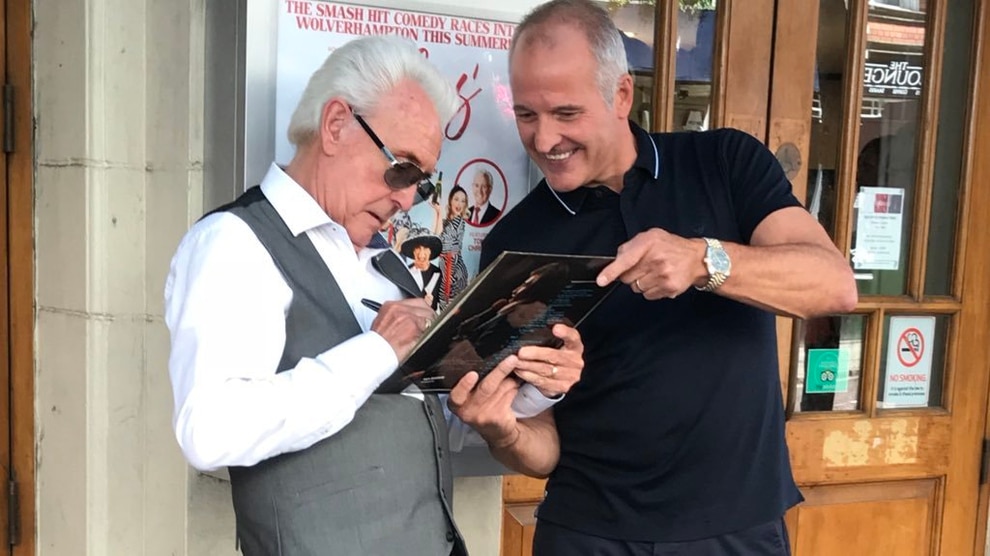 Look who it is! Bully grabs a signature with the entertainer outside the theatre

Star Tony Christie enlisted the help of some of the Black Country’s finest to find his way to Wolverhampton Grand Theatre where he is starting rehearsals for new show Ladies Day.

His light-hearted journey, documented in a series of tweets posted by the theatre, comes just weeks before Ladies Day arrives at the Grand – in which the crooner makes a cameo appearance.

The ‘Is This The Way to Amarillo’ performer started his journey through Wolverhampton at Royston Blythe hairdressers in Bridgnorth Road, owned by the Real Housewives of Cheshire star.

A photo shared on social media by the Grand shows Royston himself pointing out the window of the salon, appearing to give Tony directions to the theatre while he sits in a hairdresser’s chair reading a copy of the Chronicle.

His next stops take him to Molineux Stadium where he asks Wolves mascot Wolfie for help, followed by a visit to Wolverhampton Racecourse. He then meets up with dancing grannies The Fizzogs next to the Man on the Oss statue in the city centre, where he finally figures out how to reach his destination.

But who should be waiting for him there when he finally arrives at the Lichfield Street theatre?

It certainly wasn’t sweet Marie – but Wolves and England legend Steve Bull, who pounced on Tony for an autograph.

The Grand tweeted: “When @TheTonyChristie arrived at the theatre, who should be waiting for him? Only his biggest fan, @Wolves and @England legend Steve Bull! Rehearsals for #LadiesDayWLV with Tony are now under way!”

When @TheTonyChristie arrived at the theatre, who should be waiting for him? Only his biggest fan, @Wolves and @England legend Steve Bull! Rehearsals for #LadiesDayWLV with Tony are now underway! https://t.co/sniNFS2AoB pic.twitter.com/5nQ3EVi7hm

Ladies Day runs at the Grand from July 13 to 28 and tells the story of four factory workers from Wolverhampton who take a trip to the racecourse for a day of fun where it says “factory hairnets make way for fascinators, secrets are spilled with the champagne and friendships are tested to the limit.”

It features Eastenders star Cheryl Fergison and Emmerdale actress Deena Payne among others. Tony Christie will also be making a special cameo appearance, and his music will be used throughout the show.

World has 20% chance of exceeding 1.5C in next five years – climate forecast