The development of the £500 million Jaguar Land Rover's landmark engine factory  is on track and approaching a substantial milestone bosses have revealed.

The much-anticipated JLR plant – part of the i54 site on the border of Wolverhampton and South Staffordshire – will unveil its engine hall later this year. These latest pictures show how the development is progressing.

Huge machines will be delivered by JLR next week in what construction chiefs said was a milestone moment.

Construction company Interserve is overseeing the building of the site ahead of JLR installing its equipment.

A skeleton team, including top managers, have already been recruited and the first equipment is being installed prior to the handover to JLR later this year. 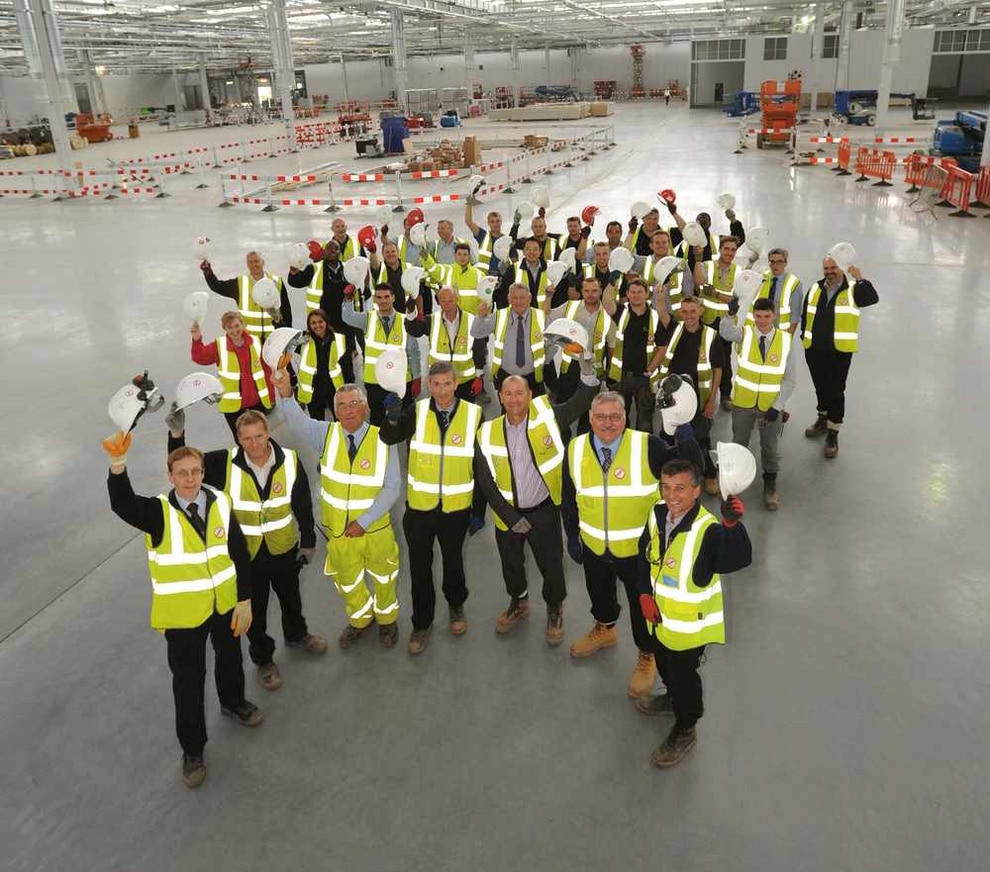 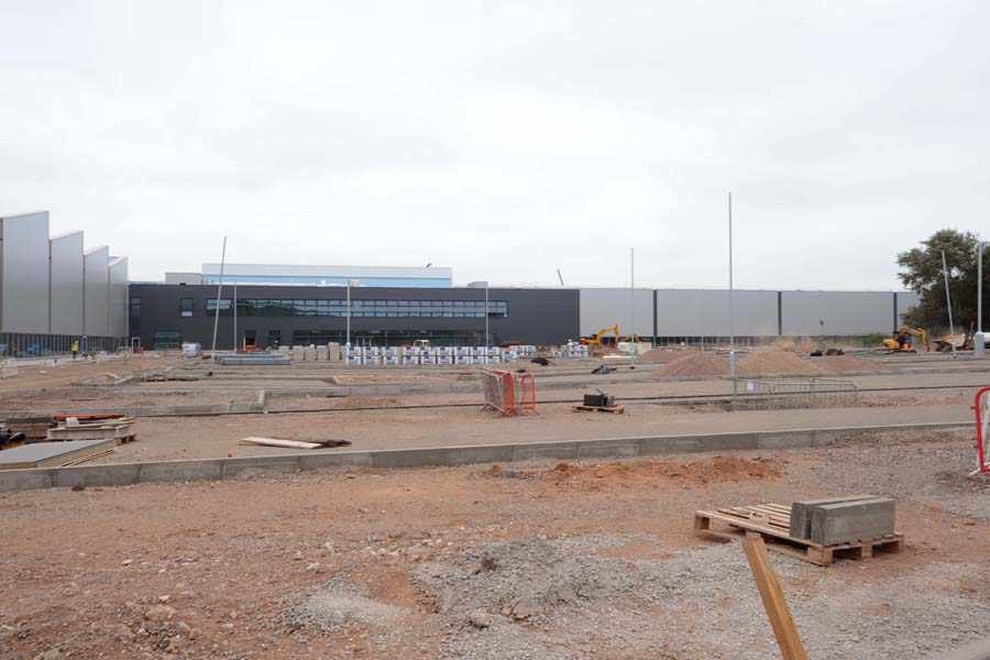 "JLR is making the first of its equipment deliveries next week, which will be the machines to put the engines together.

"JLR started its processing installations in May of compressed air and coolant services, in anticipation of the machines being delivered.

"The machines being delivered is a milestone for the job."

The factory already extends across an area big enough for eight football pitches and will have created 1,400 jobs when it starts operating early next year.

Work on a 250,000sq ft assembly hall – part of a £150million expansion from the original plans for the site – began earlier this month after approval was granted.

And power is already pumping into the engine plant at the site after a supply was installed to start the commissioning process.

Mr Green expressed his delight at the whole project coming together and paid tribute to his hard-working staff.

He said: "Obviously we're getting towards the end of the project and we remain on track. I've got a very strong team at Interserve and we're well placed to deliver the job we were asked to do.

"There is an excellent team of staff working on the project."

City dignitaries and business experts have spoken of how JLR will boost the prosperity of the region.

Test runs of engine production will begin next year and the factory will produce smaller but more efficient four-cylinder petrol and diesel engines for a new generation of Jaguars and Land Rovers.

Work has also started on a new flyover between junctions two at Wolverhampton and three for Albrighton on the M54.

The work will allow the main structure of the bridge to be put in place as part of a £40 million project to create a new slip road. The bridge will be built over the M54 to the west of the existing junction two, where it meets the A449 Stafford Road at Coven Heath.

The existing junction slip roads will be extended and new roundabouts constructed. Bosses say the short-term disruption to the roads will be outweighed by the long-term benefits of jobs and economic growth.

At present, JLR's engines are produced by Ford at its factory in Bridgend, South Wales, but the smaller Wolverhampton engines are thought to herald a fleet of smaller cars from Jaguar and Land Rover, aimed at dramatically increasing its sales in growing markets such as China, Brazil, India and the Middle East. JLR recently launched a new recruitment campaign to fill more than 100 new roles within its growing purchasing team.

The company recently announced record monthly sales for July. The recruitment campaign, which is being run on the JLR careers website, is seeking to attract experienced purchasing professionals to support its production, non-production and supplier development operations.

Purchasing is the company's fastest growing business function and has seen the number employed more than double since 2009. Jaguar Land Rover is the largest occupant of the i54 which was designated an 'enterprise zone' by Chancellor George Osborne. Businesses that set up on enterprise zones are meant to be able to benefit from a business rates holiday, superfast broadband and relaxed planning rules.

But the scheme has also allowed Wolverhampton City Council and Staffordshire County Council to borrow the £36.7m cost of the M54 slip road work and pay it back using the business rates they will collect from JLR over many years.

The work is believed to be the first time that local authorities have been responsible for funding major changes to a motorway.

Other occupants of the i54 are aerospace giant Moog and laboratories companies Eurofins, who both moved their operations from elsewhere in Staffordshire and Wolverhampton.