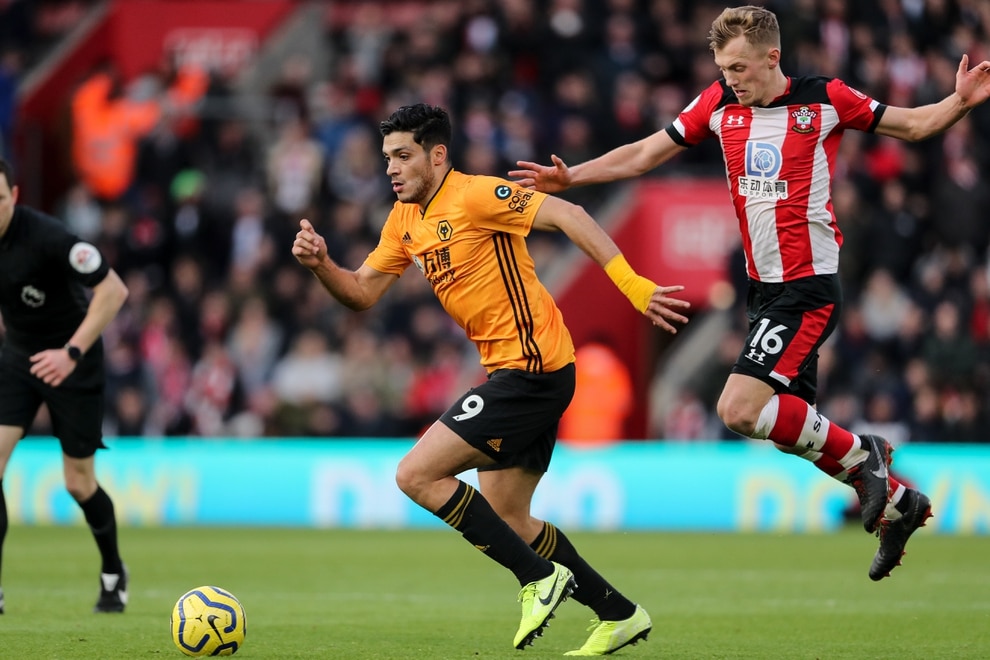 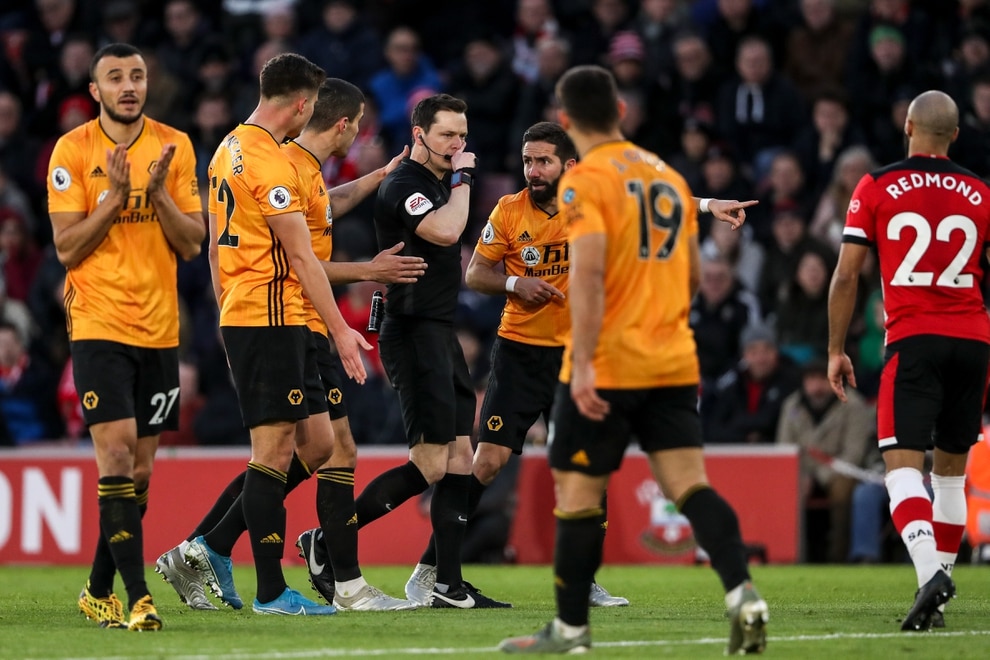 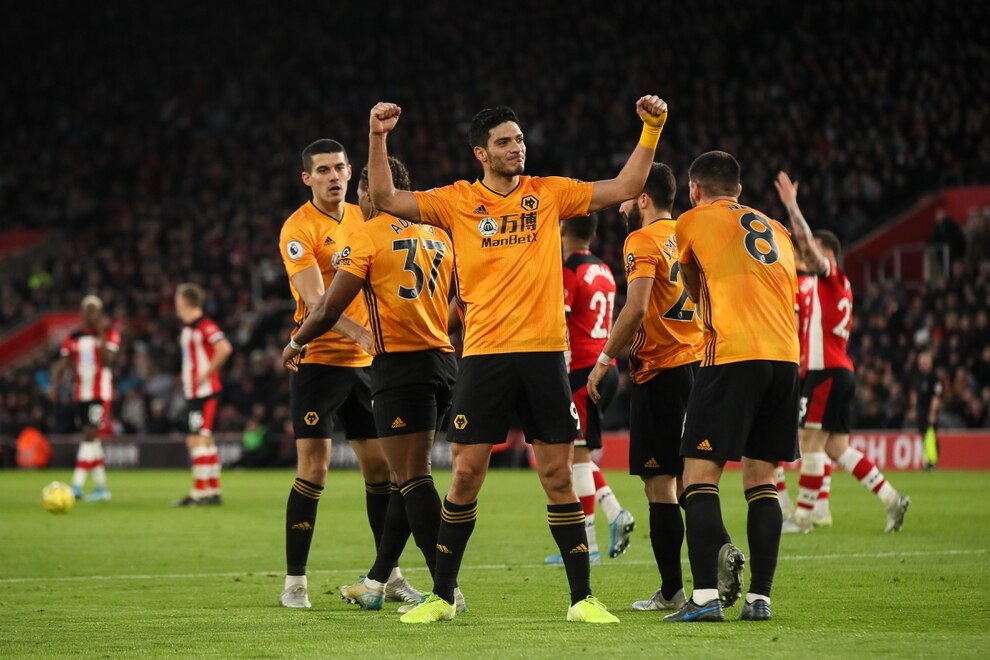 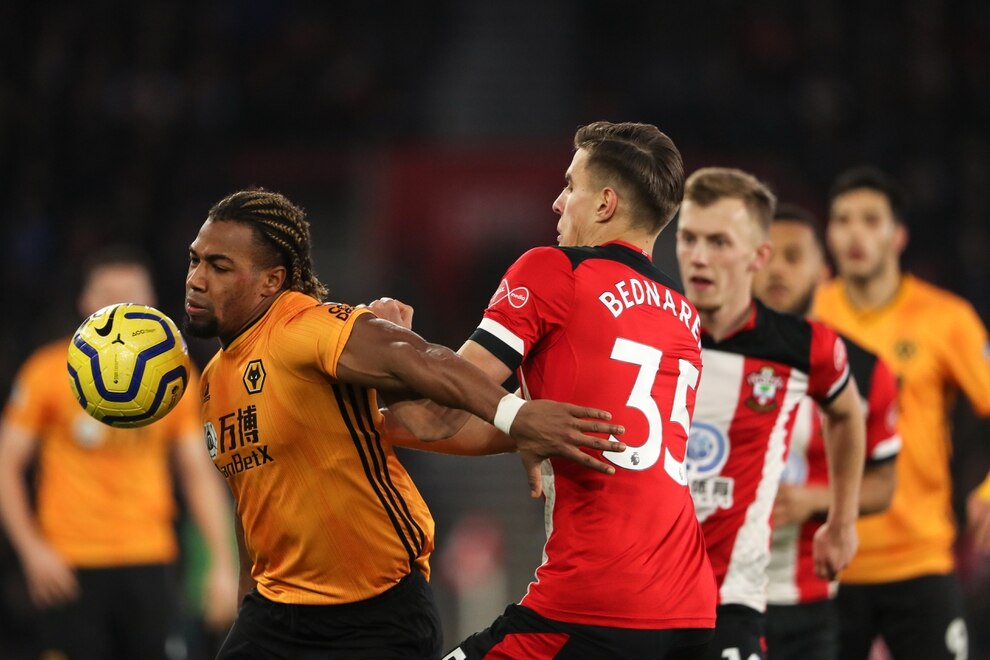 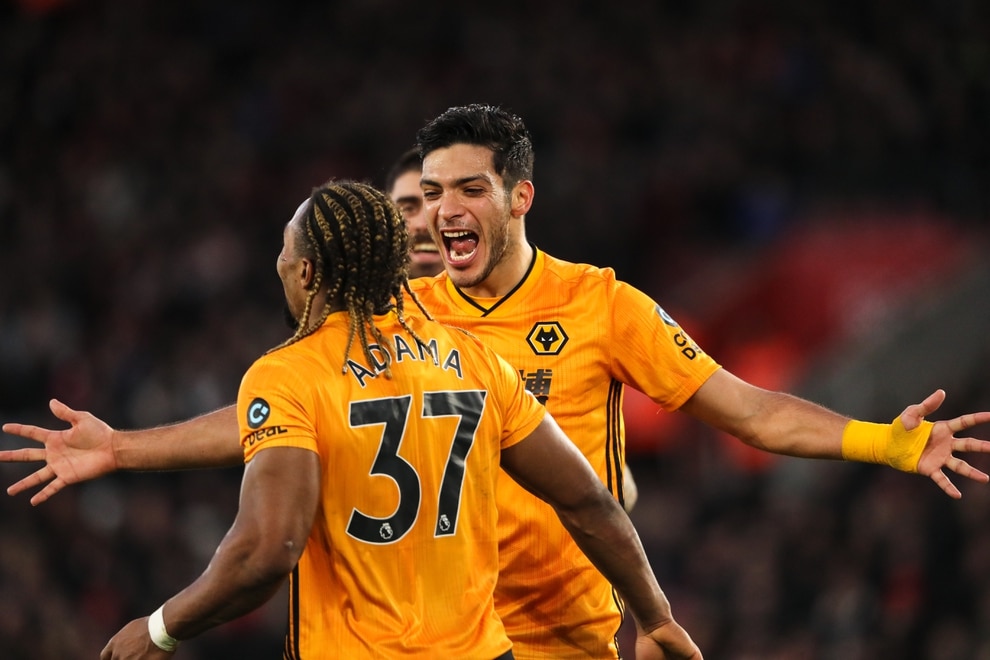 Wolves found themselves 2-0 down at the break after a dismal defensive showing and it looked like they would leave the South Coast with nothing.

But a tweak in formation by boss Nuno Espirito Santo and goals from Pedro Neto and Jimenez secured a dramatic turnaround on a memorable day at St Mary's.

Wolves boss Nuno made one change from the side that lost 1-0 to Manchester United on Wednesday night.

Rui Patricio returned to the starting line-up in place of keeper John Ruddy.

Ruddy had impressed at Old Trafford but Patricio has been in fine form for the majority of this season.

But his quest for a first league clean sheet since the start of December would end in vain as Wolves struggled defensively in the first 45.

Nuno had moved Adama Traore to the left of the front three at Old Trafford and he retained that role at St Mary's with Pedro Neto on the right of Raul Jimenez.

It looked like it would be a profitable day on the seaside as it was all Wolves in the opening stages with Traore seeing an effort deflect wide.

But the tide would turn in the 15th minute as Southampton found the net.

James Ward-Prowse's free-kick from the right bounced in the box, Leander Dendoncker managed to get a foot to it but could not fully clear and Jan Bednarek pounced at the back stick.

After that goal Nuno swapped Neto and Traore around and Jimenez nearly found a leveller from a Neto left-wing cross.

But his acrobatic effort was stopped by Alex McCarthy and the heads dropped.

Wolves kept shooting themselves in the foot defensively with Southampton leaving them shaken.

But Wolves would not learn their lessons as they remained vulnerable on the wings and struggled to deal with ball into the box.

Up the other end Wolves' front three kept probing with Traore releasing Neto on the right-wing.

He chipped the ball into the box with Jimenez just poking the ball wide of the near post.

Wolves were not clinical enough in the final third and looked shaky at the back with Southampton benefitting from both failings.

Stuart Armstrong took Jonny out of the game as he slid on the ground to tee-up Cedric for the second.

He had acres of space on the right to pick his spot and whipped in a peach of a cross for Shane Long who left Dendoncker for dust to nod home.

Wolves' defence was statuesque and they only had themselves to blame for being 2-0 down at the break.

With limited options on the bench it looked like Wolves would not be able to find an answer.

But Nuno found the solutions from what he had on the pitch with a simple tweak to 3-5-2 fuelling an almighty fight back.

Neto moved into midfield just behind Traore and Jimenez as Doherty and Jonny moved deeper.

Wolves started strongly like they did in the first 45 but it looked like Southampton would continue were they left off.

Long hit the woodwork but Wolves found a reward for their positive start in the 53rd minute.

Traore was allowed more space on that right-wing in the shifted formation as he found the holes in Southampton's resolve.

He whipped the ball in from the right to the unmarked Neto who fired home.

The youngster had goals wiped out by the officials at Liverpool and Manchester United but it was a case of third time lucky at St Mary's.

The video officials checked for a possible handball by the youngster but replays showed his effort was clean as he celebrated his second Premier League goal.

Whatever was said at half-time had made a difference and the video officials went on to aid Wolves' quest for a leveller.

Referee Darren England took charge of his first top-flight game and saw his decision not to award a penalty overturned by VAR.

Jonny sprinted into the area but tumbled as both Cedric and Jack Stephens flew in.

It was a clear foul and Raul Jimenez made it 18 for the term with the subsequent spot-kick.

Southampton were undeterred though as Redmond's screamer just kissed the bar before flying over.

But Wolves kept roaming forward and this new take on the attacking three of Neto, Traore and Jimenez paid dividends.

Traore did the damage on the right flank as he sprinted into the box before pulling the ball back to Jimenez at the top of the box.

Jimenez's first-time strike fizzed into the bottom corner but the purple VAR check flashed up once again to momentarily halt celebrations in the away end.

The video officials wanted to check if Traore had handled in the build-up, but they upheld the 76th minute goal.

Nuno threw Max Kilman on for Neto in the closing stages as Wolves aimed to hold on to the three points.

That move saw Saiss push up into a midfield three and Wolves would secure the points to pick up their first league win at St Mary's in 11 years.

15 - Goal. Southampton take the lead. Shocking defending. A Ward-Prowse free-kick evades everyone in the box apart from Bednarek - unmarked at the back stick - and he guides the ball into the top corner.

33 - That's a chance! Neto with an inviting left-footed cross, and Jimenez gets on the end of it. On the stretch, though, he puts it wide. Will be disappointed not to have hit the target.

36 - Goal. Southampton double their advantage. Abject again from Wolves. A cross comes in from Cedric, and Long gets there ahead of Dendoncker to send a header past Patricio. Static defending, rightly punished.

53 - GOOOOOOOALLLLLL! Nuno's side are back in it! Traore bursts down the right and crosses to Neto, who has the time to turn and finish from close range. VAR checks for handball, but the goal stands. It's not over yet.

65 - GOOOOOALLLLLLLLLLLLL!! Otto is taken down in the box by Stephens, and, after a VAR review, a penalty is given to Wolves! Jimenez steps up to the spot and coolly sends McCarthy the wrong way for his 18th goal of the season. They are level.

78 - GOOOOOOOOOOOOOALLLLLLLLL!! What a comeback from Nuno's charges! Southampton try to play Traore offside, but they fail to do so. The Spaniard cuts it back to Jimenez, who finds the corner in exceptional style. Amazing finish.

Wolves fans encouraged to turn their backs on VAR