Wolverhampton University boss spends £27k on airfares in one year

A university chief spent more than £27,000 on business class airfares in visits to boost student numbers from abroad.

Geoff Layer, the vice-chancellor at the University of Wolverhampton, spent £27,882 on airfares last year – the vast majority of which were business class.

The figure has been criticised by Lib Dem campaigners in the city.

But university bosses insisted the outlay was necessary for the university to grow its international student base in key areas such as the Middle East, India, Sri Lanka, China and Hong Kong.

The figures were released in a Freedom of Information request which showed that Prof Layer was paid a salary of £290,000 in 2018-19.

Lib Dem campaigner Ian Jenkins said: “In a time of increasing pressures on budgets of student services we would want to see as much money as possible being spent on helping renovate the city, developing the student experience and improving the quality of education.”

The university receives £21.5m a year of public money in research grants and £131m in tuition fees and education contracts.

It has 2,500 international students from more than 100 countries annually.

A spokesperson said: "The university values our international students and the huge contribution they make to the vibrant diversity of our campuses and our city.

“The vice-chancellor endeavours wherever possible to engage directly with partner organisations across the world, in particular in countries such as Africa, the Middle East, India, Sri Lanka, China and Hong Kong where the university has a strong presence and course offering.

"In addition to this he tries, wherever possible, to be present at the numerous graduation ceremonies in those countries to congratulate students who have chosen to study at the university’s partner organisations abroad.

"Most of the international activity is tied up with commercial, not publicly funded, contracts where attendance at events is part of that contract."

The spokesperson added: "The vice-chancellor flies economy class on short-haul flights within Europe and business class on long-haul flights, based on scheduling of work.

"He travels by train wherever possible in the UK, in the interests of sustainability and cost effectiveness.

“Our international activity is crucial to the university’s recruitment strategy, offering exchange visits for staff and students as well as work placements and research collaboration opportunities for academics.

"It is our intention to continue to grow international student numbers over the next few years, further strengthening existing partnerships and forging new relationships.” 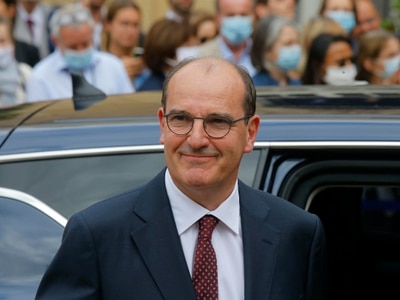