"I have to get off, I'm going to Texas tonight," I told a colleague at the end of my shift.

With a week off looming, I could guess their thought process. "How long for?" they asked.

"Oh, just a couple of hours." And then I confessed, we weren't going to the US state, but to see the Scottish group playing on Cannock Chase.

As it turned out, it was one of the best 'couple of hours' I had ever spent.

Yes, the Forest Live concerts are back. They have become an established fixture at Birches Valley since they began 2006, but have not been held since 2019. They made a triumphant return with the first of four nights of live entertainment on Thursday night.

It was actually UK's Eurovision entry Sam Ryder who kicked off proceedings before making way for the headline act, receiving a warm welcome from the crowd with a set that included a cover of Abba's Waterloo, potential new single, the catchy Somebody, and of course Space Man, the song that catapulted him to stardom with a second place at both Eurovision and in the charts.

Of his song What It Is, he said he hoped to get Sia involved, adding: "What I've learned in the last two years is that no dream is too big."

And then came Texas, opening with the song that began it for them more than 30 years ago, I Don't Want A Lover.

A string of hits followed: Halo, In Our Lifetime, Summer Son and When We Are Together. Lead singer Sharleen Spiteri promised some old stuff too, and we got that with Everyday Now and Thrill Has Gone.

Many of the portable chairs were not needed as the crowd got on their feet to dance, particularly at Spiteri's request for Mr Haze, and the sight on the big screen of mobile phone torches being waved for In Demand was incredible.

Spiteri showed great stage presence and had a great rapport with the audience. Inner Smile and Say What You Want rounded off the main set before an encore of Black Eyed Boy and a cover version to finish.

"If you don't know this, you shouldn't even be out of the house," Spiteri said as the band burst into a rendition of Suspicious Minds.

Texas might be a lone-star state, but this was a five-star night. 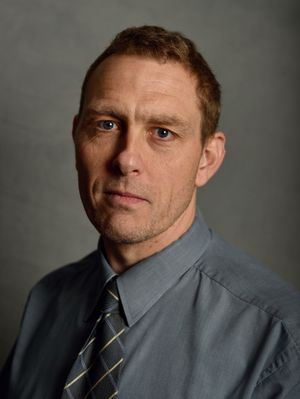 A-level results day 2022: What time are grades being released and what happens next?

Decision to build on former golf course may have been approved with 'incomplete' information, councillor says

Rail Strikes: Full breakdown of each train operator’s plans and what services will be running

Investigation launched after derogatory remarks made about dead Walsall fan

Woman dies after falling in canal in Stourport

Peter Rhodes on listening for whales, dressing for the studio and the joy of rain

Violent officers will get the sack after new guideline

A-level results day 2022: What time are grades being released and what happens next?