Jack Grealish took centre stage as he struck the winner after being attacked by a supporter in Sunday's Second City derby. 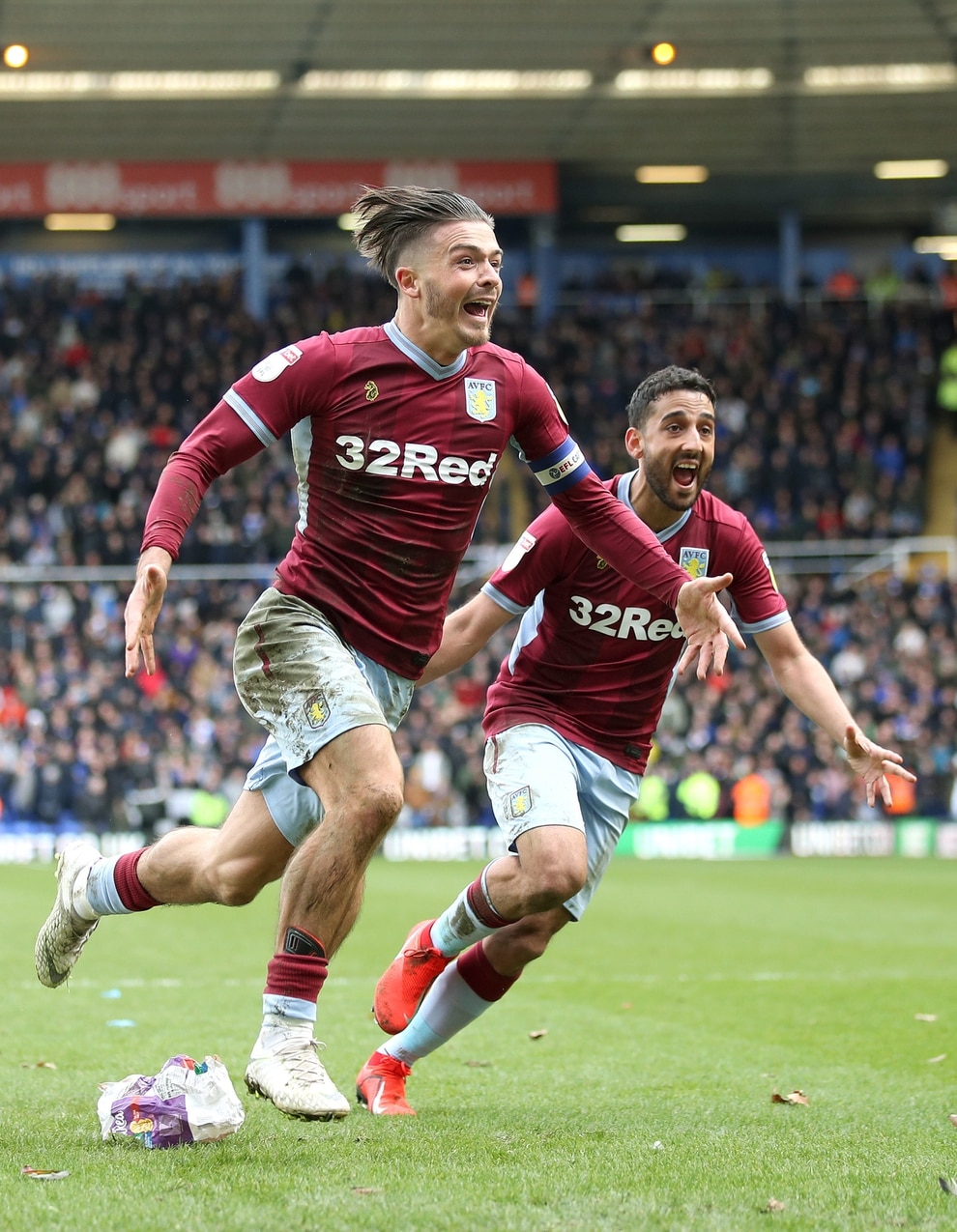 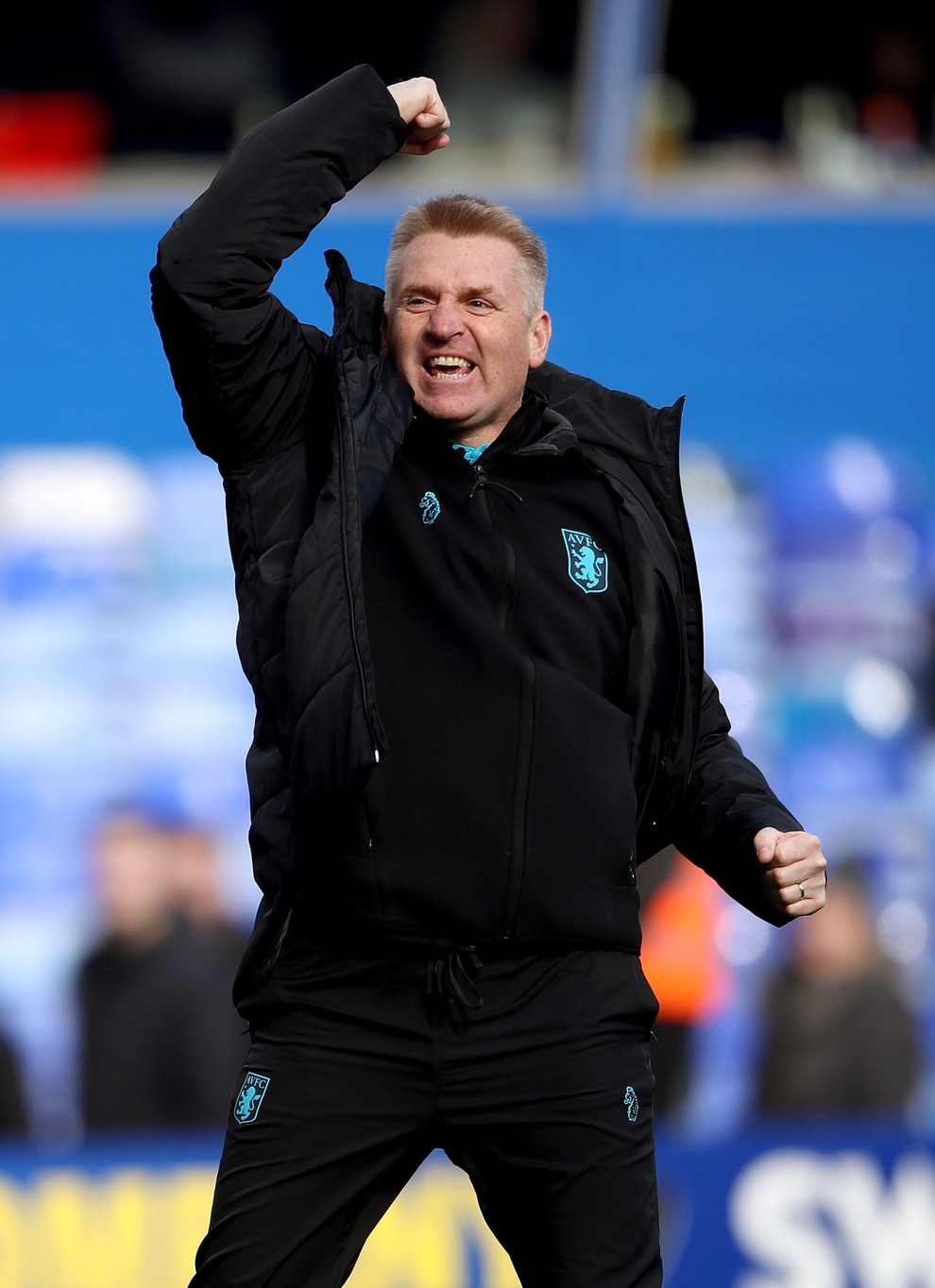 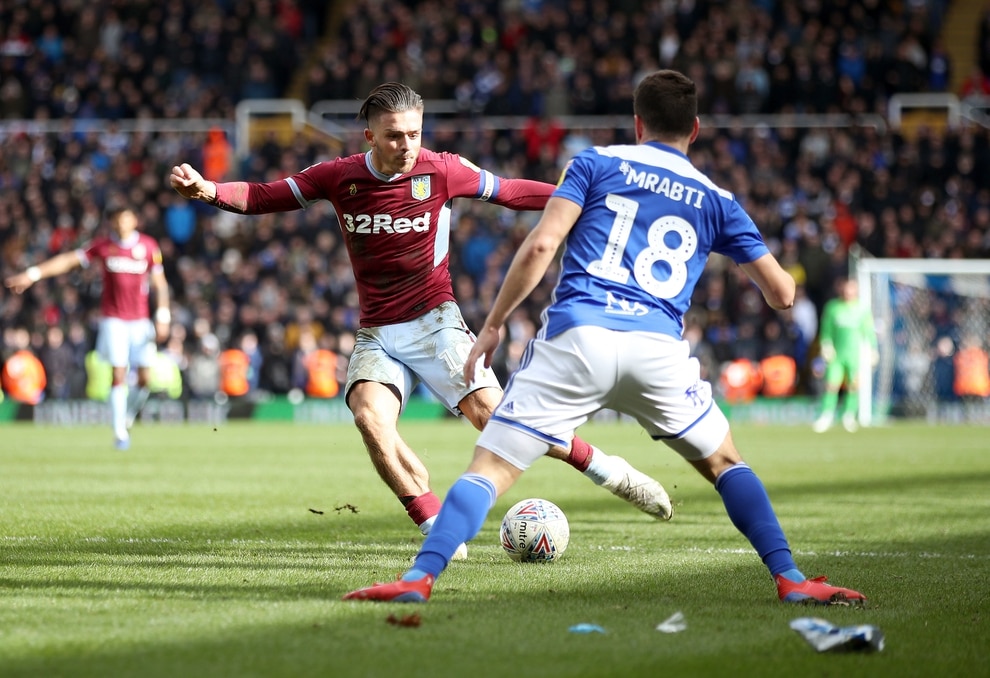 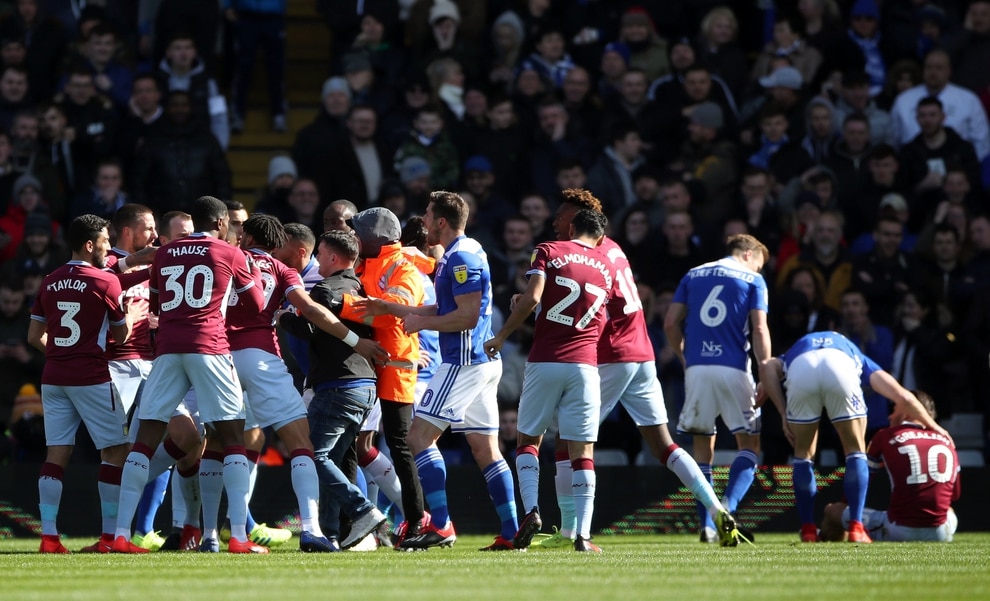 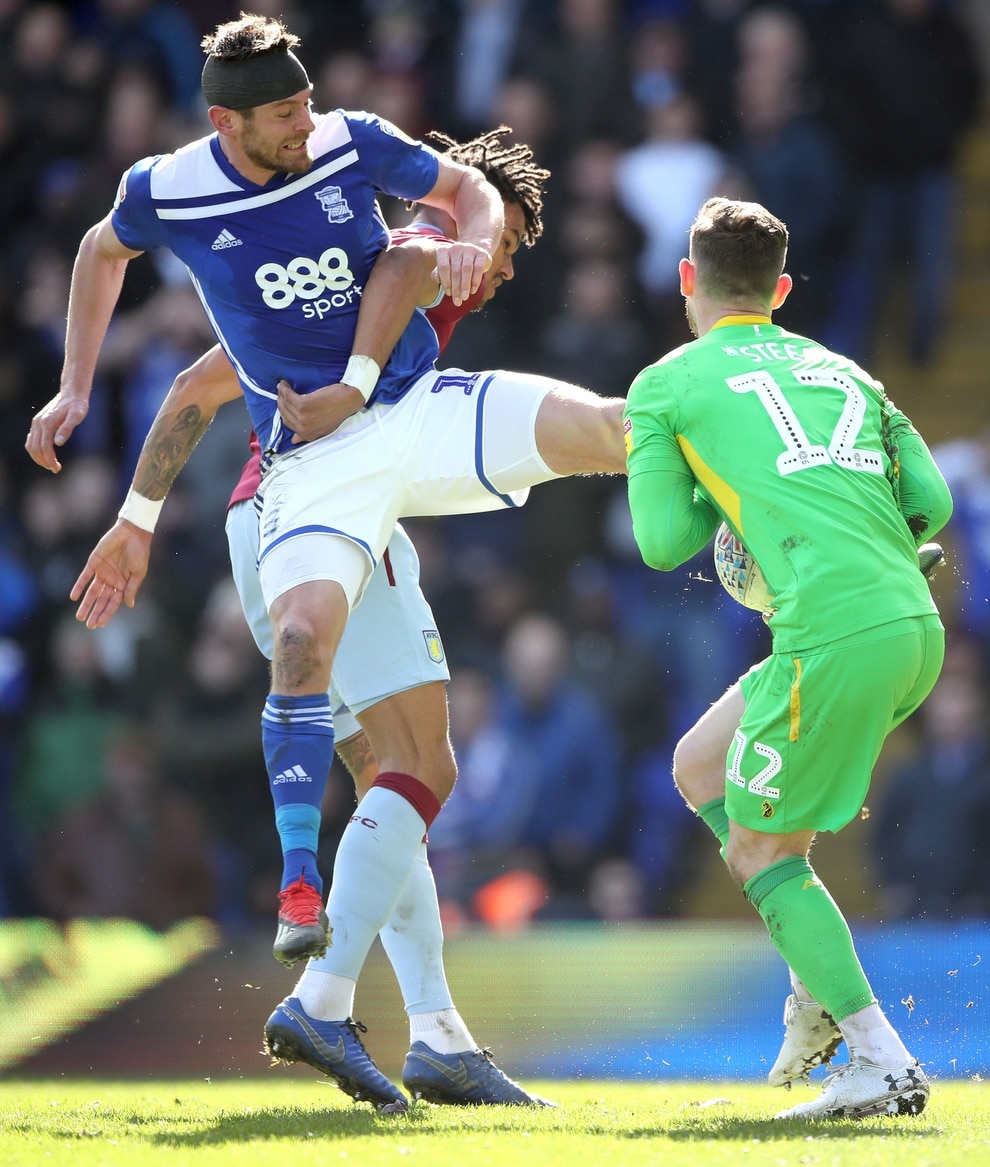 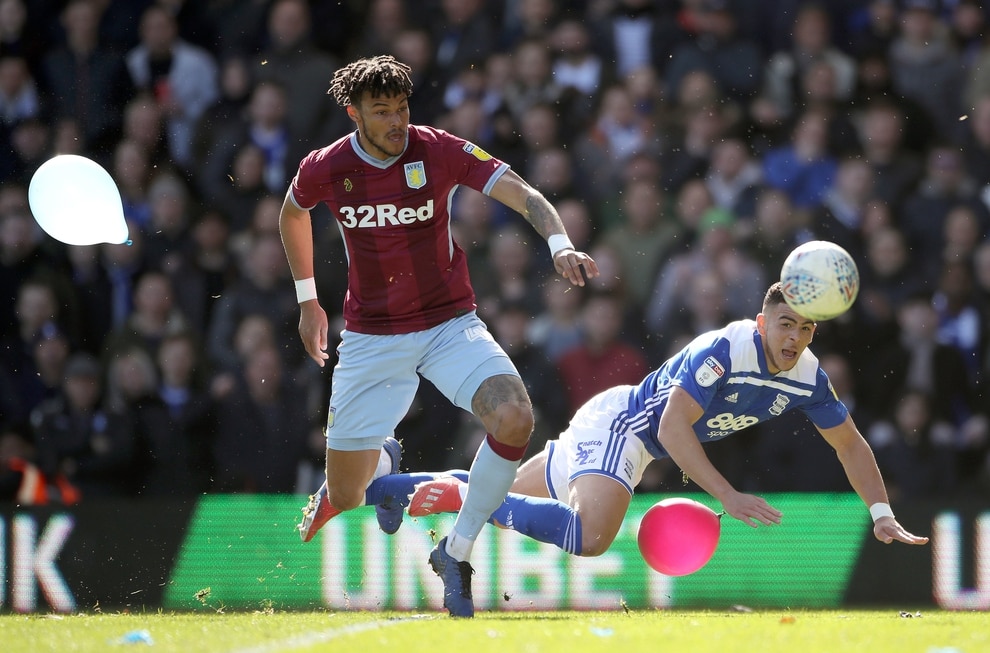 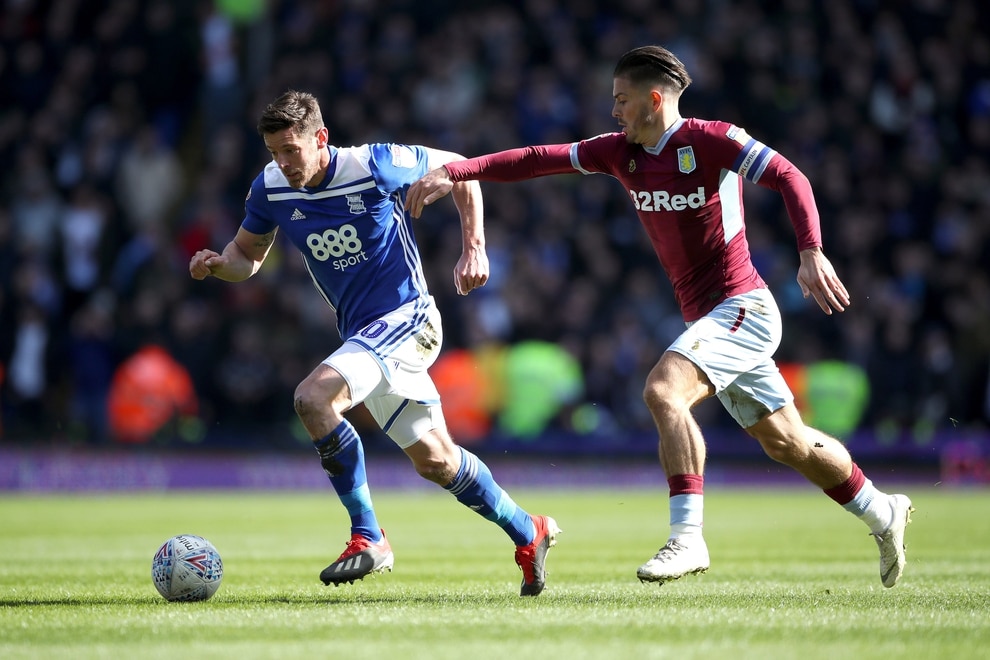 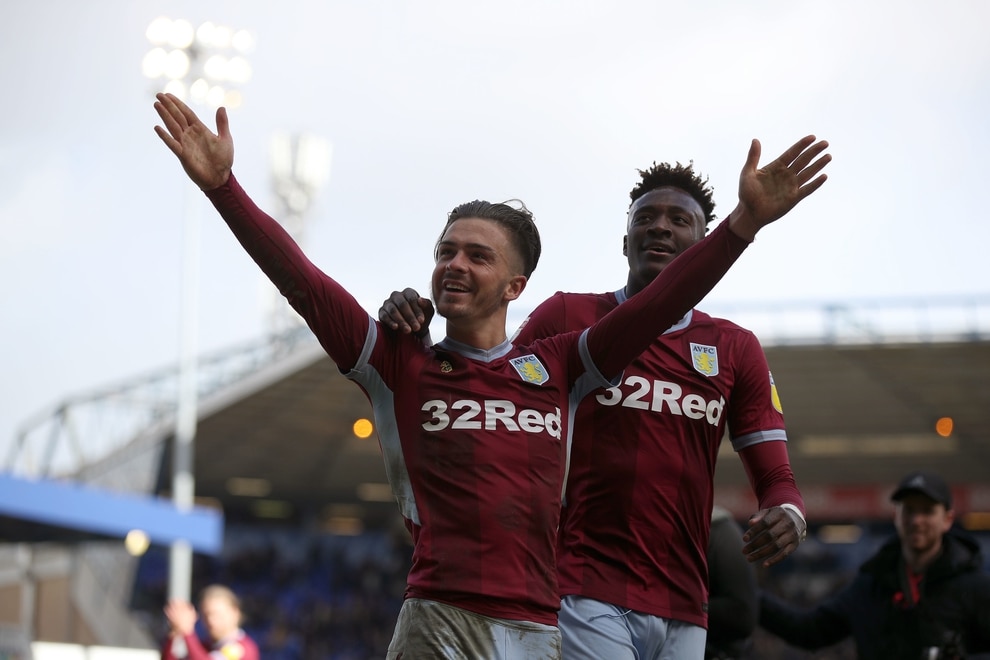 The 23-year-old drilled a low shot beyond Blues keeper Lee Camp in the 67th minute to settle the game at St Andrew's.

Grealish had earlier been knocked to the ground after being struck round the head by a fan who ran out of the Tilton End in the ninth minute.

The incident was condemned by Blues, whose winless league run against their city rivals now extends to 14 games.

Victory saw Villa climb above their rivals and up to ninth in the Championship, now just four points behind the play-off positions.

They will get the chance to move up further when they visit Nottingham Forest on Wednesday night.

But events on the pitch, ultimately, played second fiddle to those off it due to the disgraceful scenes which took place early in the game.

Blues, who have promised to ban the supporter in question for life, may now face action from the police, FA and EFL after such a serious breach of safety.

The tone for the afternoon was set by Maikel Kieftenbeld who, just as he had at Villa Park, went hard into Grealish in the early stages.

This time the German received a booking but Blues's gameplan was clear as they looked to rattle Villa early.

No-one, however, could have predicted what took place in the ninth minute.

Grealish had won Villa's first corner of the game when he was struck round the side of the head and knocked to the ground by a man who emerged from the Tilton End.

It sparked a melee as several Villa players tried to get to the man before he was escorted away by security staff.

The incident overshadowed a first-half high on intensity but low on quality.

Jaques Maghoma should have done better with an early chance after good work with Che Adams.

Grealish then carved out the best opening of the first 45 minutes when he played in El Ghazi but the winger saw his effort saved by Lee Camp.

Adams drove a shot just wide of the target from distance as Blues headed into the break looking the stronger team.

The Blues top scorer saw another chance go begging early in the second period when he failed to make a clean connection with a Maghome free-kick. Lukas Jutkiewicz also sent an effort wide from the edge of the box as Blues continued to look the more likely scorers.

Villa were struggling to find any rhythm at that stage and Smith acted by introducing both John McGinn and Andre Green off the bench.

It was a move which almost paid instant dividends as McGinn found Grealish and he crossed for Green to send a header goalward, Wes Harding making the crucial block.

Instead it was Grealish who would fittingly break the deadlock. McGinn played a ball out wide to Taylor on the left, who laid it off for Grealish to advance into the box. The Villa skipper had the option to cross but instead hit a low left-footed shot which crept beyond Camp and into the bottom corner.

Blues looked for a response and had a big appeal for a penalty waved away when Adams appeared to be bundled over by a combination Kortney Hause and Tyrone Mings.

Villa then went close to sealing it when Grealish laid the ball off to Hourihane and he struck a shot which crashed off the top of the bar.

Blues boss Garry Monk introduced Craig Gardner off the bench and he twice came close to a leveller.

But having first shot over from close range, he then headed a stoppage time corner just wide of the post.

9 - Jack Grealish is knocked the ground after being attacked by man who emerged from the Tilton End.