The Abarth 695 Yamaha is a true pocket rocket

Laura Thomson has been behind the wheel of the Abarth 685 XSR Yamaha. What does she think of it? Find out here

Abarth has spiced up its range with two new special editions – the 595 Trofeo (aka the Pista in continental Europe) and the 695 XSR Yamaha. The first is a youthful 157bhp option, to sit between the pre-existing 595’s 143bhp and the 595 Turismo 162bhp.

The second is an entirely different beast. Born of a 10-year partnership between Yamaha and Abarth, and matched to a café racer motorcycle of the same name, it features an exclusive grey livery, a plethora of carbon parts and a race-inspired Akrapovič ultra-light exhaust. This 162bhp model will be produced in limited numbers – only 695 cabriolets and 695 coupes will be built.

As with any Abarth 595/695, the new models’ looks belie their power – that is until you get close enough to spot the Brembo calipers and sport seats.

The £17,290 Trofeo is offered in five body colours (with contrasting details) comprising: Campovolo Grey, Gara White, Abarth Red, Record Grey and Scorpione Black. As with the XSR, it also comes in a £19,290 soft-top version.

The XSR, however, comes only in a Pista Grey, which is matched perfectly to the Yamaha motorcycle. Red accents feature throughout the vehicle, notably in the form of the Abarth stripe.
An Alcantara steering wheel with carbon-fibre spokes presents itself in front of the driver, while a carbon-fibre dashboard, Sabelt leather and Alcantara seats with carbon-fibre shell and carbon fibre pedal covers, gear stick knob and kick plate can also be specified.

While stylish, these seats are far from comfortable, particularly on longer journeys. That said, they provide the required support, especially when the car displays its go-kart-like drive.

Space is not to be expected in the Fiat 500-based Abarth. With only two seats in the back and minimal legroom, it certainly isn’t a practical – or family-focused – option.

However, the hatch’s hidden talent is by far its boot. It offers 185 litres behind row two – only 26 litres less than the Mini hatch – which expands to 550 litres with the rear seats folded down.

Unfortunately, the cabriolet forfeits its boot door, and with it, a great amount of practicality.

Any Abarth is guaranteed great fun to drive. The Fiat 500’s short wheelbase, low centre of gravity and the highly tuned engines make the model reminiscent of a go-kart – albeit a very fast one at that.

The 695 XSR’s drive is hard but smooth, thanks to Koni rear suspensions paired with Eibach springs. Drivers looking for even more power can opt for the tuning kit, which increases the output to 177bhp and 250Nm torque. To cope with this additional power, the tuning kit also adds a Koni front suspension with FSD (Frequency Selective Damping) valve and four-piston Brembo calipers combined with perforated and self-ventilating discs and high-performance Ferodo HP front brake pads. These upgrades improve handling significantly and make braking even sharper.

You’d be hard pushed to find any stand-out difference between the standard 695 XSR and 595 Trofeo.

With matching 0 to 60 speeds and only a 4bhp difference in power output, they feel very similar from behind the wheel. The 695 XSR does, however, sound a lot better, thanks to the racing-developed Akrapovič ultra-light exhaust, which comes as standard.

The 595 Trofeo is available with either the same manual box as the 695 XSR or an Abarth robotised sequential transmission with shift paddles. The latter is an unnecessary luxury though, as the manual box is more than competent and user-friendly.

As a limited edition, the 695 XSR needed to stand out, and thanks to the carbon effects, matt black alloys, red detailing and aluminium plaque denoting its build number, it certainly does.

In the cabin, both models feature the new Uconnect seven-inch HD Live system with Apple CarPlay and Android Auto integration. Steering-wheel-mounted controls allow everything to be adjusted without removing your hands from the wheel.

The Trofeo boasts a feature related to its Italian name (Pista – meaning track). The infotainment system allows the driver to load some of the most famous racing circuits in the world, including Monza, Spa-Francorchamps or the Red Bull Ring, selecting them during track sessions, viewing detailed maps and receiving real-time tips to improve lap times. But while novel, it’s hard to imagine this function getting much use.

Who would buy one?

Abarth is targeting a younger demographic of drivers with the 595 Trofeo, but with a base price of £17,290, it’s unlikely to be anyone’s first car. Pricing for the 695 XSR is expected to be significantly higher.

Given its impracticality, and somewhat uncomfortable seats, neither Abarth is well suited to a daily drive.

However, for drivers looking for something fast, fun and stylish, either of the above is an ideal option.

FACTS AT A GLANCE 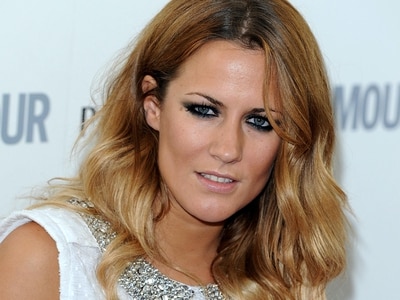