'Coronavirus has no political boundaries': Sandwell leader hits back in pandemic row

Council bosses in Sandwell have hit back over claims they have failed the public in their handling of the coronavirus pandemic.

The Labour-controlled authority was criticised by Dudley Council's Tory leader Patrick Harley, who said public health officers there had let residents down by politicising the crisis.

Sandwell Council's interim leader Maria Crompton said the comments were "more than disappointing", and defended her council's approach to dealing with the pandemic.

The borough has seen a spike in cases in recent weeks and is at risk of a local lockdown, while it also faced a political crisis in early July after Yvonne Davies stood down as leader.

Data for the most recent three days (August 1-3) has been excluded as it is incomplete and likely to be revised.

Councillor Crompton said: "Coronavirus has no political boundaries. This isn’t about politics and I have never set out to make that the case.

"This is about protecting our residents and doing the best for them to keep them safe and well."

The authority has issued advice for people in the wake of the spike in cases, with shielding residents told to continue shielding and all residents advised to stay away from other people's homes.

Councillor Crompton said the authority's public health team were "working around the clock" in a bid to get on top of the spike, with extra contact tracing brought in to complement the government’s test and trace service.

"Testing has been ramped up, with mobile testing units placed within the heart of the communities most affected by the pandemic," she added.

"We have also commissioned a community swabbing team with the capacity to test over 100 people a day in an outbreak situation."

Other measures include offering immediate specialist support to businesses that report positive cases among their workforce or customers, and providing PPE and care packages across the borough.

It has one of the highest infection rates in the country and has seen a number of workplace outbreaks, including CBS Packaging in West Bromwich and McDonald's in Great Bridge.

Lisa McNally, Sandwell's director of public health, said the government's test and trace system had "not done its job" for the borough, as it had failed to pick up Covid outbreaks in workplaces.

This included the CBS Packaging outbreak, where she said nearly 60 per cent of the borough's cases during the recent surge had been linked to.

"The problem we face, is that because we are not getting workplace data through, we can't spot them early," Ms McNally said.

"If we had been getting workplace data we would have been able to see that cases were mounting up from CBS Packaging – and been able to get in touch with people and potentially stop the virus from spreading further."

She said the borough had also suffered due to having a "very high prevalence of people who work in frontline occupations", while the high number of "multi-generational households with six or more people in the same house" had also helped drive the outbreak.

"There are a whole range of factors, but overall the thing that probably separates Sandwell from say, Walsall, is those large workplace outbreaks," she added. 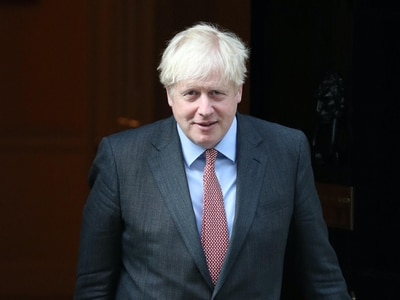