See the latest figures for coronavirus cases and deaths in your area.

Care home deaths will be updated when local Office for National Statistics figures are released each week. They have only been recorded since April 10, meaning the full figure is likely to be higher.

Until July 2 the figures only included results from pillar 1 tests (hospital tests processed in government labs) but pillar 2 tests (drive-through and home kits processed in commercial labs) were added on July 2 leading to a large increase in the number of reported cases. Sometimes the number may decrease due to duplicate tests being removed.

Meanwhile the figures for hospital deaths are broken down by NHS health trusts (the organisations that run our hospitals) such as the Royal Wolverhampton NHS Trust.

These statistics include both confirmed and suspected deaths (ie those who tested positive and those who hadn't been tested but where Covid-19 has been recorded on the death certificate).

The national data below includes deaths in and out of hospital, but the local data only refers to those who have died in hospital from figures released by the NHS each day.

Where shown, a number in brackets is the change from the previous day. For deaths, this is the daily increase in confirmed deaths and is not the same as the number of people who died in the previous 24 hours (see bottom of page for more on this).

Due to differences in reporting methodologies, the figures for individual countries may not add up to the UK total and case and death figures may sometimes decrease due to corrections.

On August 12, 5,000 deaths were removed from the UK death toll due to a change in Government recording.

Unlike local hospital figures, the national death tolls released by the Government now only include the number of people who died within 28 days of testing positive for Covid-19.

Local case figures up to date as of (unless otherwise stated): September 22

National case figures up to date as of (unless otherwise stated): September 22

Local death figures up to date as of (unless otherwise stated): September 22

National death figures - up to date as of (unless otherwise stated): September 22

Black Country refers to the boroughs of Dudley, Sandwell, Walsall and Wolverhampton

See below on why separate Black Country and Birmingham hospital death figures are not available.

Not included in the regional figures higher up this page

Where is the data from?

The UK and England data is released by the Government each day here.

The Wales, Scotland and Northern Ireland figures are released by the relevant health authorities daily.

The number of confirmed cases in each council area is updated daily on the same UK Government page as linked to above.

*The number of cases confirmed across the Black Country, Birmingham and Worcestershire was revised by the NHS on May 30 and 31. Local test results had wrongly been reported to the national dataset as positive, the NHS said. As a result the number of positive cases went down by around 10 per cent.

The hospital death toll is released by NHS England daily here and broken down by health trust:

Care home death statistics are updated weekly by the Office for National Statistics but have only been recorded since April 10.

However the charts above refer to the date of death, not the date the death was announced. Thus the figures for individual dates are likely to increase as further deaths are announced.

The patients may not have died solely as a result of coronavirus but all had been confirmed as testing positive and/or had coronavirus listed as a cause of death on their death certificate.

In contrast, as of August 12 the Government death toll provided for each nation and the UK only includes people who died within 28 days of testing positive for Covid-19.

Due to differences in how the figures are compiled by each country's health service, the England, Scotland, Wales and Northern Irish figures may not add up to the same as the UK figure released daily by the Government. 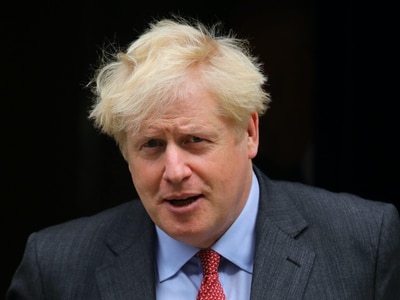