Ian Austin: How I'm fighting to return Labour to the Mainstream

MP Ian Austin used to represent Labour in Dudley North but quit the party. Today he explains why he wants to bring the party back to its middle ground.

People in the West Midlands expect their governments to uphold the decent, mainstream values that make this a country to be proud of: freedom, fairness and playing by the rules.

Express & Star readers expect their government to defend their country abroad, maintain their security at home and keep their streets safe.

They certainly don’t expect a party which might be in power in just a few weeks to tear itself to pieces in the way Labour has done in the last 48 hours.

Tom Watson has given the party he loves decades of service. But because the extremists who now control Labour don’t trust him to bow to all of their demands, they tried to abolish his job while he was at home looking after his son.

This is a disgraceful attempt at silencing a hard-working politician.

Mainstream is a new campaign to stand up for proper values and warn people of the dangers of extremism.

We will promote respectable and responsible politics wherever we can, and we will oppose extremism – wherever it comes from.

We’ll oppose extremism of all kinds, whether it be on the far left or the hard right.

People should be under no illusions as to the damage that a Labour government under Jeremy Corbyn would cause.

I quit the party after 35 years to shine a spotlight on the extremism and racism, but even I am shocked at some of the views that Labour members expressed in a recent poll.

Under Corbyn, half say they would be bored, embarrassed or angry if asked to sing the National Anthem.

Just 15 per cent are proud of our country’s history. Almost three times as many are ashamed.

More than six out of 10 want to abolish the monarchy and more of them blame the British Government and our brave Army than the IRA and other republican terrorists for the violent troubles in Northern Ireland.

Almost half want to abolish our country’s borders and nearly seven out of 10 members think it would be OK for trade unions to hold a general strike to remove a Conservative Government.

More than half either blame the media or Jeremy Corbyn’s political opponents for the allegations of racism against Jewish people instead of the members responsible or the leadership that has allowed it to happen.

You would never have got results like that under previous Labour leaders, but the Labour Party led by Jeremy Corbyn and the hard left is completely outside Britain’s mainstream political traditions.

They can’t be trusted to uphold our country’s values or safeguard the institutions on which our democracy depends.

Corbyn’s supporters claim he is returning the party to its socialist roots, but it’s just not true.

There are still decent people in the Labour Party, fighting for common-sense, but good MPs have been targeted, smeared or driven out and all sorts of people from the fringes of politics have joined to support Jeremy Corbyn.

All this explains why we have set up Mainstream, a new campaign – led by a group of people from different political backgrounds – to encourage a return to respectable and responsible politics, and to banish extremism from British politics once and for all.

To lead Britain, you must love this country, but Jeremy Corbyn is the opposite of a patriot.

The hard-left think that wealth is the problem and the people who create it the enemy.

A government led by Jeremy Corbyn would see John McDonnell in the Treasury, but our economy has never before been run by someone who says he wants to overthrow capitalism.

Jeremy Corbyn surrounds himself and works with people from the far-left fringes of politics and they could not be trusted to respect and uphold the independence of our civil service, the inpartiality and fairness of our broadcasters or the freedom of the press.

It is a disgrace that he and the people around him have allowed a party with a fine tradition of fighting for fairness and equality to be poisoned by racism against Jewish people.

Under Corbyn, mainstream ideas are being replaced by views that are wildly out of step with the views of the general public.

Extremism is rearing its way back into the public discourse in a way that would have been unthinkable just a few years ago.

We want to encourage everyone who wants to support our country’s mainstream values in political and public life. 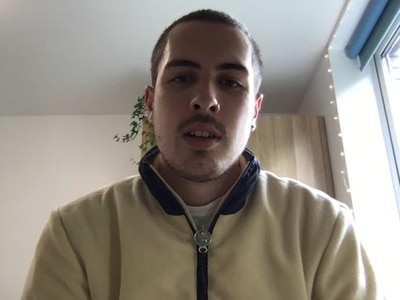