[gallery] A racist terrorist who planted bombs at three mosques in the Black Country and murdered a man was today jailed for life.

Pavlo Lapshyn will spend a minimum of 40 years behind bars after mounting his campaign of terror across the West Midlands.

His sentencing was delayed after a suspect package was found in the court sparking an evacuation of the Old Bailey.

Staff and members of the public were told to leave the building shortly after 1pm while investigations were carried out.

After the unnamed item was checked thought officials said it was not a danger to the public.

Should Pavlo Lapshyn have been given a whole life sentence? Vote in our poll and have your say in the comments section:

No –one was detained in relation to the drama.

"Such views, hatred and motivation, are abhorrent to all right thinking people and have no place whatsoever in our multi faith, multi-cultural society.

"You were intent on finding a Muslim to murder, it seems to me you acted alone and were motivated by your extreme, appalling prejudices."

The 25-year-old Ukranian had wanted to start a race war and told police he targeted his victims simply because they were not white.

But today Lapshyn, who was described by police as 'extremely dangerous', was handed the lengthy prison term.

The nail bomber's 90-day campaign of terror began just five days after he entered the country.

Follow live updates from the sentencing of Pavlo Lapshyn:

He stabbed Mohammed Saleem three times in the back, killing the 82-year-old as he walked home from evening prayers in Birmingham on April 29.

On June 21, he targeted Walsall's Aisha Mosque in Rutter Street, Caldmore, when he planted explosive devices in a child's lunch box at the mosque gates.

Then seven days later he placed a bomb on a roundabout near Wolverhampton Central Mosque.

But his most serious attack was at Kanz-ul-Iman mosque in Tipton, where he packed hundreds of nails in a bomb on a railway embankment next to the mosque's car park.

Worshippers were only saved from serious harm as Friday afternoon prayers were being held an hour later than usual on the first Friday of Ramadan.

Lapshyn said he had planted the bombs because he wanted to 'increase racial hatred'.

On Monday Lapshyn admitted murdering Mr Saleem, causing an explosion on July 12 and engaging in conduct in preparation of terrorist acts between April 24 and July 18. 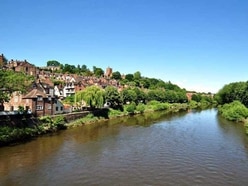 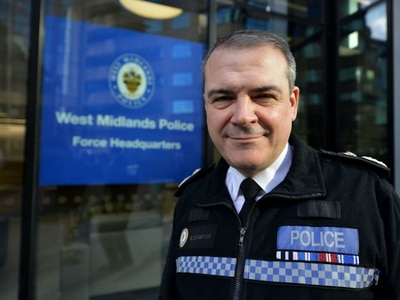