Winter may well be over, but not for fans of Game of Thrones. For them winter has only just begun.

For the last decade the battle for the Iron Throne has has been played out on our screens, gripping the nation.

It has been two years since the seventh series of Game of Thrones concluded, and for some people the tension of how the story will conclude is unbearable. Today, the final series begins at last.

There are various questions to tie up. Who will claim the throne and rule over Westeros? Can the white walkers be defeated?

For Paige Game of Thrones is not just a television programme – it’s a way of life.

“If I’m being honest I don’t want it to end. It’s been such an amazing ride and fantastic experience,” says the 30-year-old from Pelsall.

Paige has travelled the country to meet the cast including Jason Momoa (Khal Drogo), Rory McCann (the Hound), Jack Gleeson (King Joffrey) and Jerome Flynn (Bronn), to name but a few. 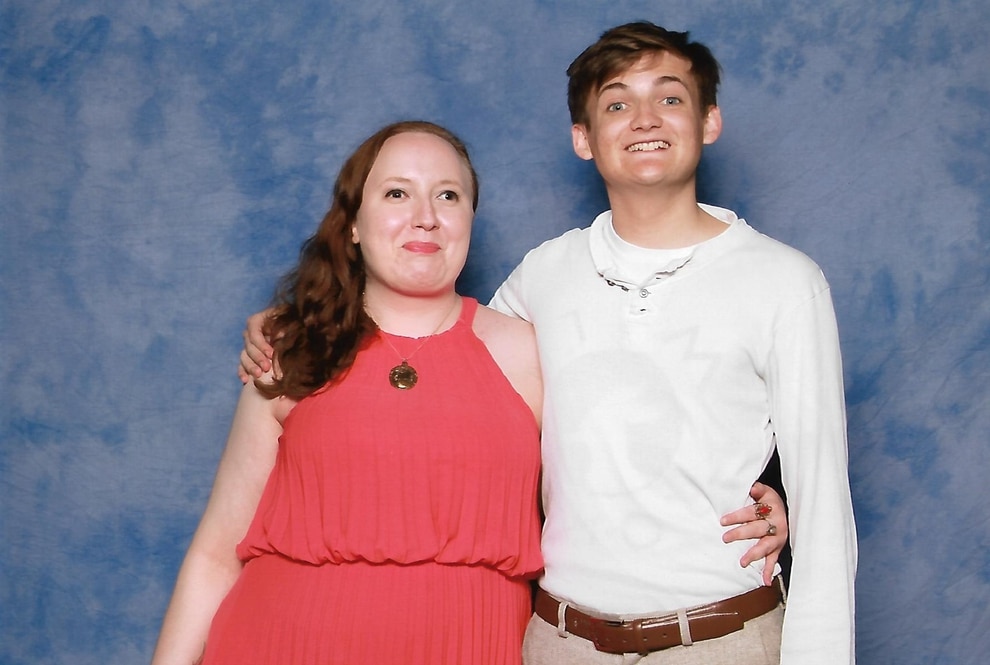 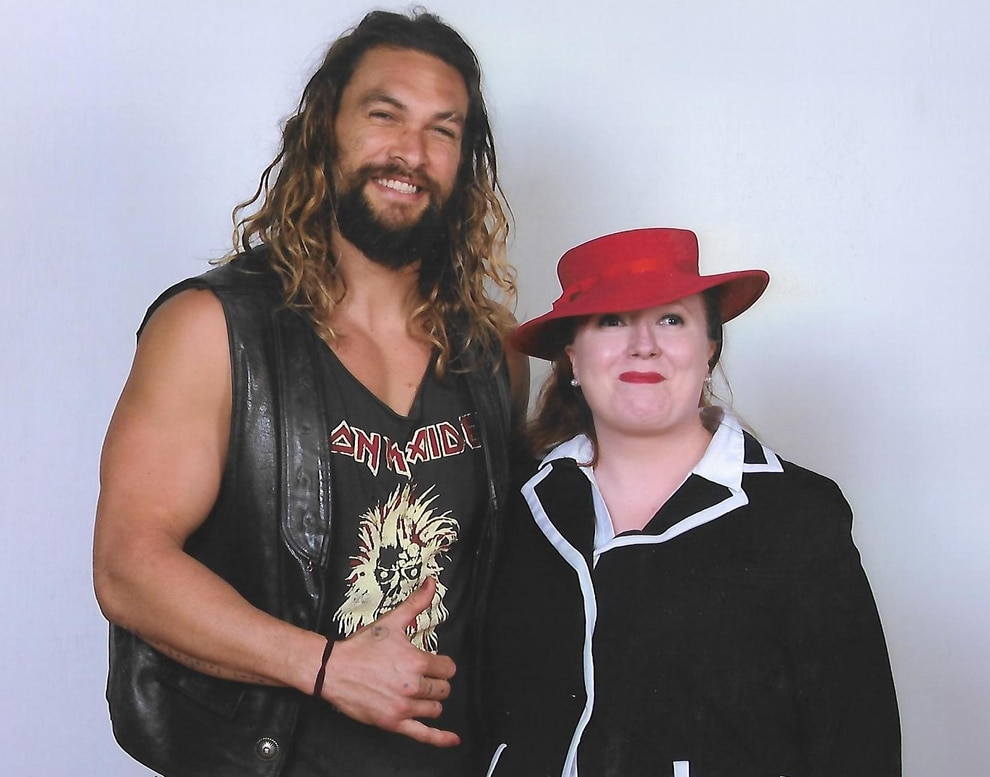 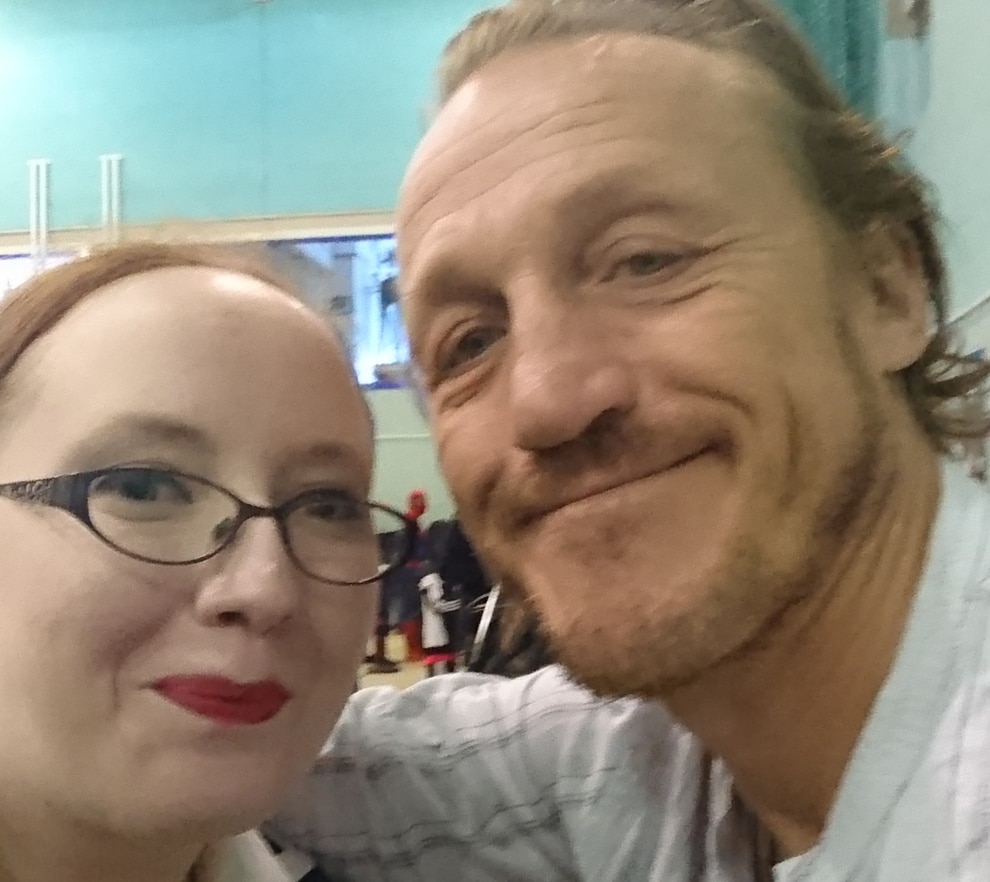 Sharing a moment with Jerome Flynn who plays Bronn 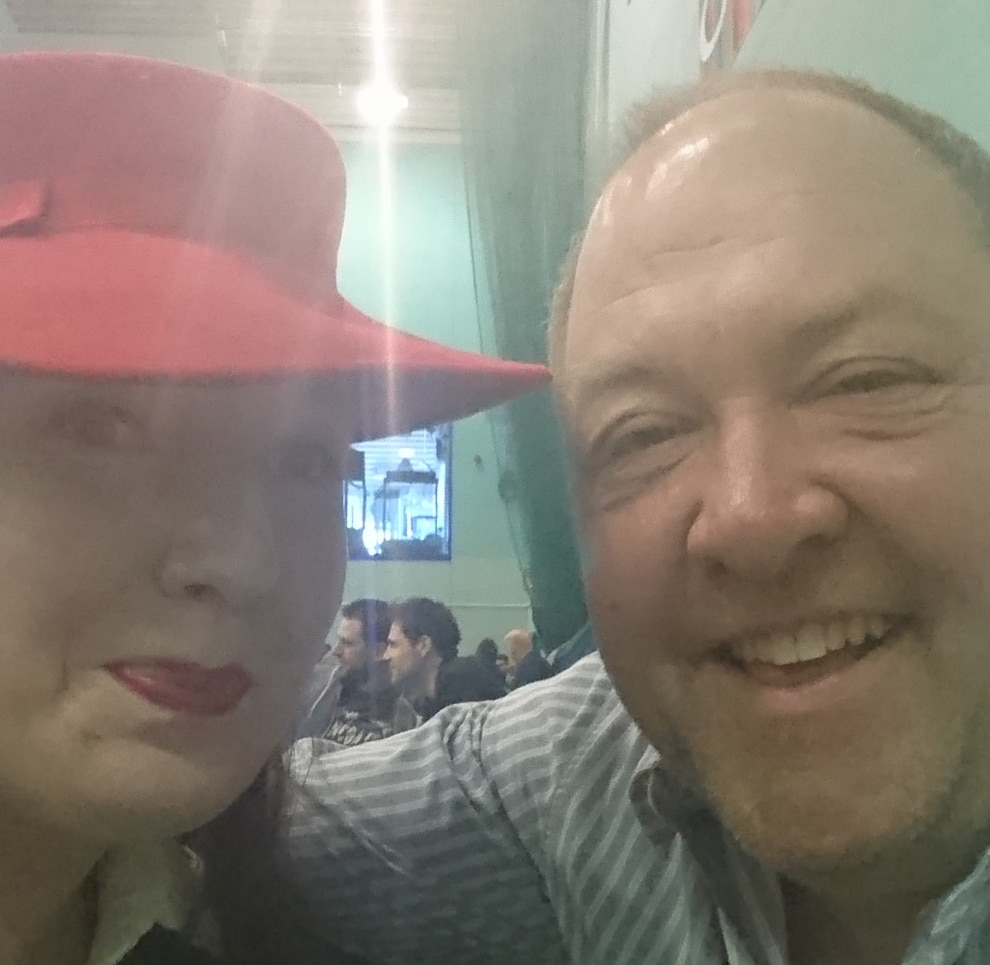 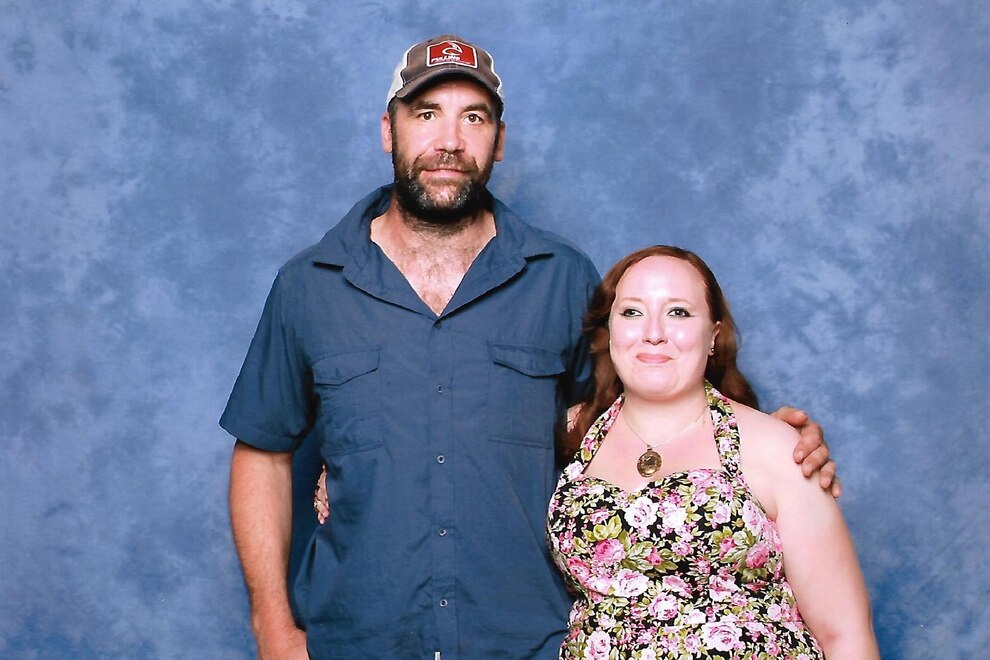 With Rory McCann who plays the Hound

“They are such a lovely cast,” she says. “But Charles Dance who plays Tywin Lannister is my white whale. I have tried to meet him a few times but it hasn’t happened.”

The region has its share of connections to the series. Shropshire actor Will Postlethwaite had a cameo, and Peter Vaughn played Maester Aemon in 11 episodes between 2011 and 2015.

And there are other entusiasts in the region – including cake maker extraordinaire Lara Mason, who made a magnificent baked version of character Tyrion Lanister back in 2014.

As well as sitting on the Iron Throne herself Paige also collects models, writes for fan site Watchers On The Wall and runs Game of Thrones themed social media accounts.

She is a proud member of Twitteros, splitting her time between tweeting the after-life adventures of Ros, a character played by Esmé Bianco who follows her account, live tweeting through episodes, and discussing theories with her followers.

Paige’s social media influence also saw her get invited to pre-screenings of episodes with Sky Atlantic.

“During the episode Dance of the Dragons when the character Stannis Baratheon burns his daughter I was in tears in front of all these Sky executives, it probably wasn’t my finest hour,” she laughs.

Paige is even branded by the show in the form of a couple of tattoos. One of the House Tyrell crest on her back and an extract from the George RR Martin books on her foot. She even used to have a cat named named Balerion after one of the shows dragons.

“I started watching it when I was studying at university in Birmingham and I’ve just turned 30 so the show has been in my life for most of my twenties,” says Paige.

“I actually only started at show at series two and when that ended I straight away went and bought all the books and read them over the course of about six weeks which was probably the most intense time of my life.”

While Paige is dying to find out the ending, she says that she will also be a little worried about what do do after the story ends.

“There will be a bit of a hole left in my life,” she says. “But there has already been talk of a prequel and I think it has been too big to just end so hopefully it will keep continuing in one way or another because it is amazing.”

The first episode of the new series airs tonight and there will be five more episodes which will wrap up the saga.

“You’re going to need therapy. The show ending is going to send all of the world into seeking professional help,” says actress Gwendoline Christie who plays Brienne of Tarth.

Senior news feature writer based at the Shropshire Star's head office in Telford. I like to get out, meet people and tell their stories.