Discover whodunnit, and why, almost from the start, and you might think a murder mystery wouldn’t have much left to offer by way of drama and suspense. How wrong you would be.

“You forget about the detecting and you concentrate on the crime,” explains TV crime writer Max when asked about the secret of his craft. “When you’re writing a story, things always turn out the way the author intended.” But then he adds prophetically that in real life that isn’t always the case.

Max has returned to London after a year in New York and makes a surprise call on Sheila, his onetime lover, and her husband Tony. Far from being unaware of their adulterous affair, as they believe, Tony has extreme plans for dealing with it. He married Sheila for her money and he’s determined to keep his hands on it.

What follows is a showpiece of dramatic storytelling, mostly from the perspective of the villain as we witness how Tony embroils his old schoolmate Lesgate and coaches him through the detail of his plan.

The tension builds steadily and then surges with one twist after another as our expectations are flipped. “Let’s ‘make up’ the truth,” Max suggests at one particularly clever turn.

The play was written in 1951 by Frederick Knott, produced first by the BBC and then filmed by Alfred Hitchcock. Unlike his character Max, who has written a murder a week for an entire year, Knott wrote only three plays in his long life. His chilling Wait Until Dark also made a successful film, and remains popular on stage.

While Dial M for Murder can’t be mistaken for Scandinavian Noir – no cruel psychopaths abused in orphanages in sight – the New Vic’s production has an air of 50’s London Noir. It opens and closes in a pea-souper of fog that brings the city to a halt for days.

The grim atmosphere is effectively reinforced by news announcements from the BBC Home Service taking the place of period music between scenes. We hear of the lifting of tea rationing and the testing of Britain’s first nuclear bomb. The Saturday Night Play on the wireless gives the same faux reassurance as the phone box with its button A and button B.

Peter Leslie Wild’s direction honours Knott’s view that his play’s seriousness is a major strength. He keeps his actors – all new faces at the New Vic -- clear of caricature and the over-melodramatic. William Ellis gives Tony a convincing quick tongue in a face oozing with smarmy self-confidence. Daniel Easton as Max is a straight bat with the only moral code in play. Nicole Bartlett as Sheila and Rob Heanley as Lesgate both look their parts and carry us with them. And Paul Brendan as the guy in charge of the local CID is exactly the kind of cop you want on your case if you’re ever sewn up by a manipulative, washed-up, minor tennis star who’s after your dough. 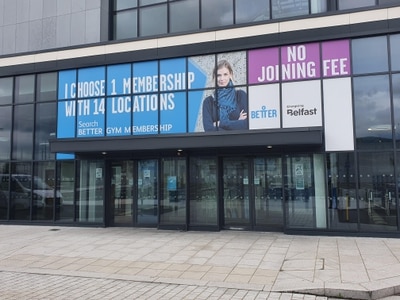