Albion will have to stump up £11million if they want to bring Matej Vydra back to The Hawthorns.

Vydra is one of several strikers to be linked with the Baggies, who face the prospect of rebuilding their frontline during the summer transfer window.

Yet the Czech international, who scored 20 goals in the Championship for Derby last season, will not come cheap.

The Rams are understood to have slapped an £11million price tag on the head of a player who netted only three times while on loan at Albion from Udinese during the 2013-14 campaign.

One player the Baggies are actively pursuing is Bristol City’s Bobby Reid, though talks with the Robins concerning the 25-year-old are not thought to have progressed since being opened earlier this month.

Boss Darren Moore and the club’s recruitment staff held a series of meetings over the course of the week to finalise plans for what promises to be a busy summer.

Things are expected to move up a gear when the squad return for pre-season training on Monday with the futures of several players still to be determined.

Salomon Rondon, who has a £16.5million release clause, is thought to be attracting interest from several clubs, while the Baggies rebuffed a bid totalling around £25million for Craig Dawson and Jay Rodriguez, last season’s top scorer.

Zhang joined the Baggies last summer from Vitesse Arnhem for a fee just short of £8million before being immediately loaned out for two seasons to Werder Bremen.

But the Bundesliga club have cut short the deal and Zhang, who does not have a work permit to play in the UK, has now moved back to the Netherlands on a season-long loan.

Den Haag managing director Mattijs Manders said:“It is primarily about the football qualities of Zhang. There may also be a commercial spin-off, but that is of secondary importance to us.”

Buzaglo To Balis: Summers’ move for Ossie Ardiles proved to be a masterstroke 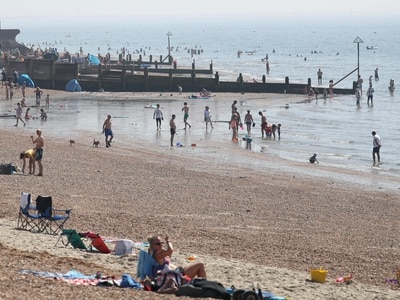