Coronavirus: Warning to young men of the risk they can pose to older relatives

A Midlands health chief has warned young men that they still pose a risk to older relatives even if not to themselves, after a rise in the number of cases in working-age men over the past two weeks.

Figures presented at this week’s Local Covid Outbreak Engagement Board in Birmingham show that the majority of new cases in the last two weeks are aged 15-35, with a larger proportion of men than women.

This is in contrast to prior weeks in the pandemic, when more women aged 30-60 were testing positive.

Speaking at the meeting, Birmingham’s Director of Public Health, Dr Justin Varney, said that the early prevalence of cases in middle-aged women could be explained by the fact that more women tend to work in sectors such as the NHS and social care, where transmission has been high and testing was available earlier.

But he also urged caution to the city’s younger people, particularly men, with a warning that they still risk transmitting the disease to relatives they live with.

He said: "We don’t know the age and gender of people having a test, so we don’t know if what this is telling us is that women are less likely to get a test than men in the last 14 days, and that’s why more men are testing positive.

"However, over the whole of the outbreak, women are more likely to test positive.

"What this is telling us is that the majority of new cases are in younger, working age men.

"And what that is raising for us as an issue is how do we get the message across to men that Covid affects them, and particularly to young men?

"And the concern around this is, although relatively few young adults will get very severely ill, many of them live with their parents or with their grandparents.

"And they can take the virus back into their house, and infect their parents and their grandparents.

"So if we start to see intergenerational bleed – if that bulge above the younger adults gets bigger and bigger and bigger, that will suggest to us that we’re not getting the message across strongly enough to young people.

"This includes young adults of working age that can take this home, and there’s evidence that they are taking it home.

"Because that’s the biggest risk. Although for them, as individuals, it may not be high-risk, for the people they live with and they love, it may be particularly high-risk." 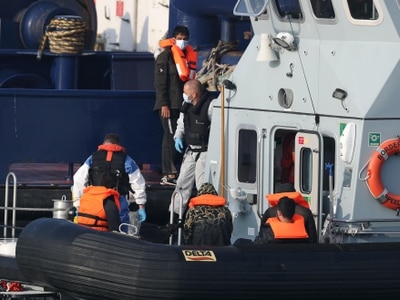